We have feeders for the wild birds on the tree in our front garden where I also hang some food balls in netting.  Sometimes the balls completely disappear before they've been eaten by the little birds and I've often wondered where they go.  Some times we get bigger birds in the garden like Jays, Magpies, Woodpeckers and Crows and I thought maybe one of those might be the culprit.  Today I found the answer, it's our loveable little squirrels from the woods at the back of the house.

I went to look out of the front windows and I spotted the squirrel heading up the tree so I went to get my camera thinking that it would have gone by the time I got back. But no, it was perched on the little branch where the nut feeder is hung. 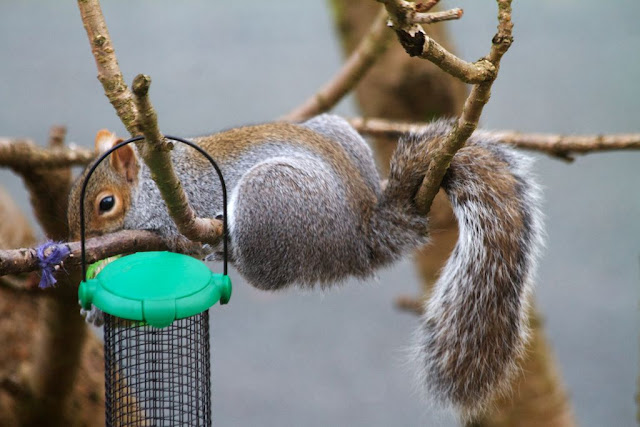 I thought it was after the nuts but then I could see it grabbing hold of the fat ball behind the feeder. 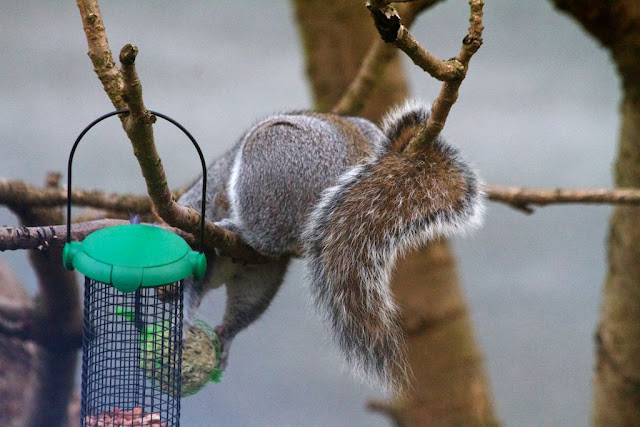 A car went past and it shot off down the tree so I thought that was the end of it's mischief. 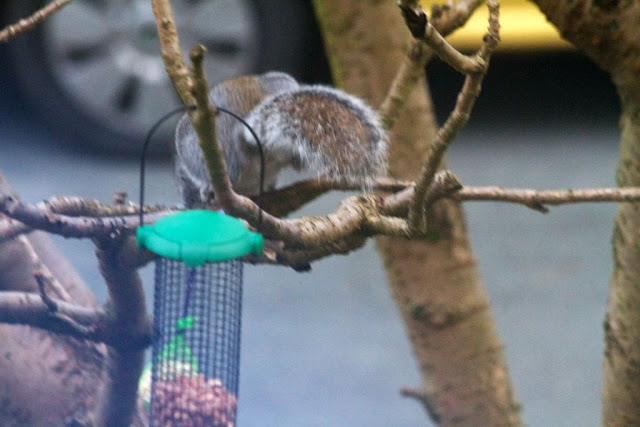 Within a couple a minutes it was on it's way back..... 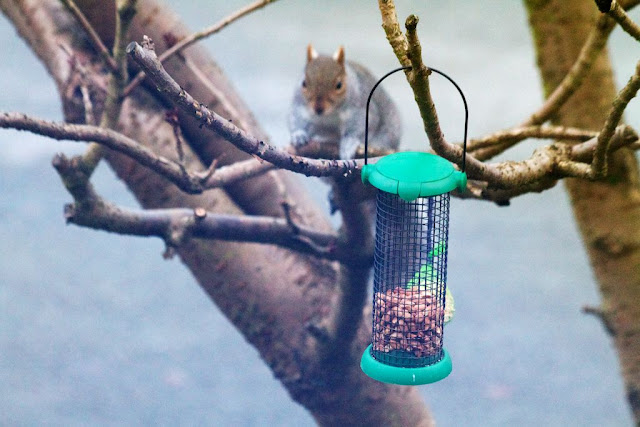 .....and heading for the fat ball again. 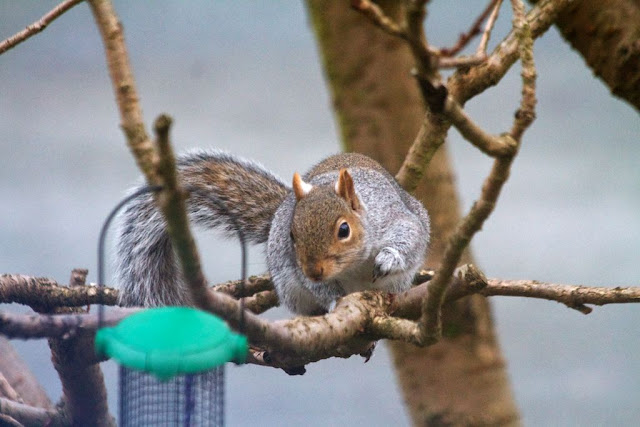 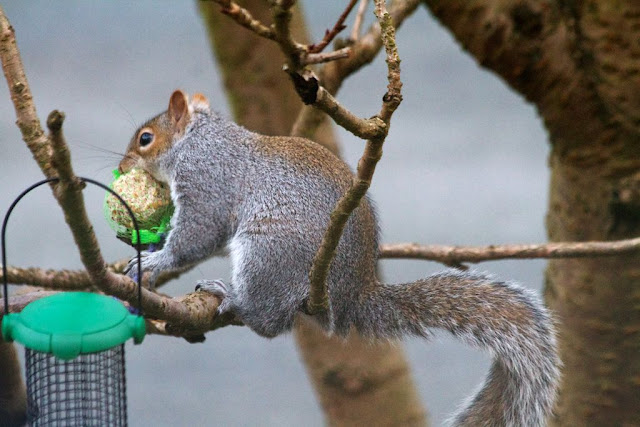 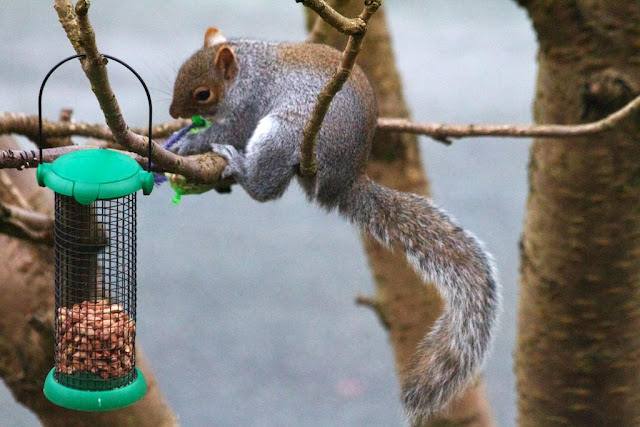 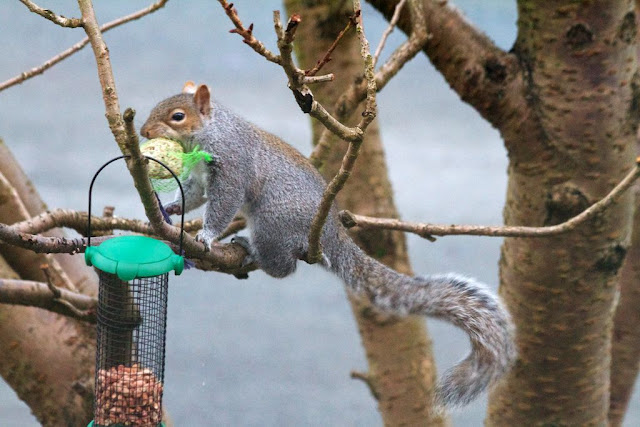 ....and it has the ball free of the purple string which is left hanging down. 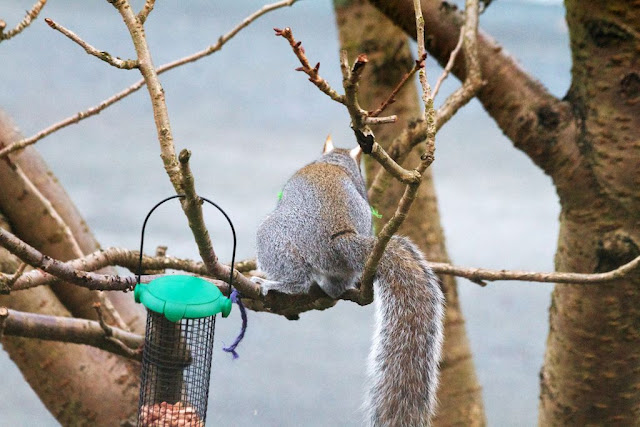 Then it ran down the tree and and along the road with it's prize.  I didn't manage to get any shots of it running along the road but it looked quite sweet with the fat ball in the green netting hanging from it's mouth. 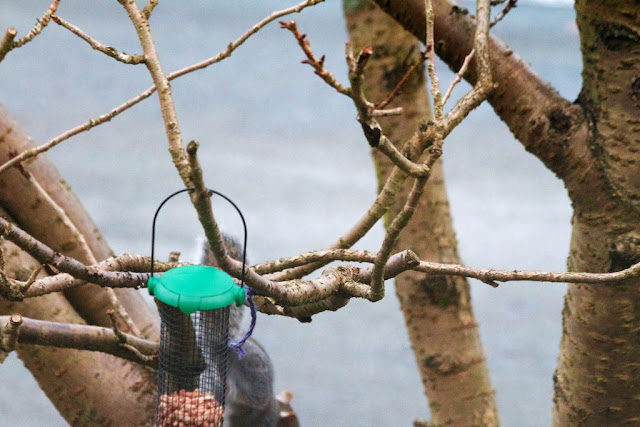 I'll probably leave off putting any new fat balls up for the birds as I noticed that the other ball that was there earlier in the day had already gone.  I assume the squirrel had taken the other one too and I didn't want it to get into the habit of stealing the bird food all of the time.
at February 09, 2013