After leaving Mount Gabriel we drove to Kinsale, which was quite a long drive.  We had lunch and then went to find Charles Fort which is just a bit South of the town on the river estuary.  We had looked at the fort on Google Maps and also in a leaflet at the cottage and I really looking forward to the visit.  It was still very overcast and there was still a very cold wind making it feel almost freezing.

Many of the buildings inside the fort were just shells with no roofs, windows or interiors.  Near the entrance to the fort was this colourful mosaic of the plan of the fort.   I thought it made a good foreground subject with the derelict building in the background.  I spent a bit of time on the image removing a bright green sign on the little wall in front of the building to the right. 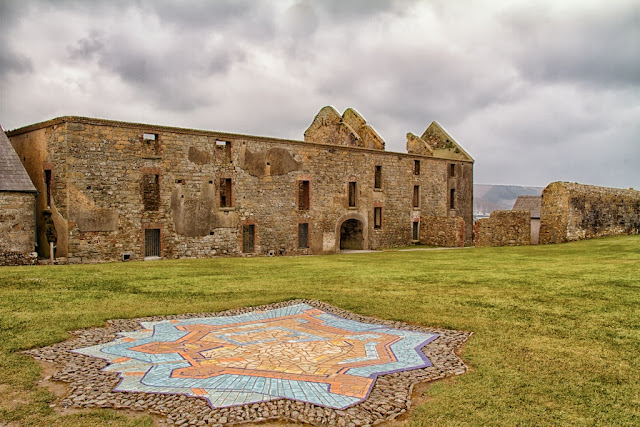 I saw this pair of cannon barrels and thought they made a great subject for the picture.  I love the way they're pointing towards the old building in the background. 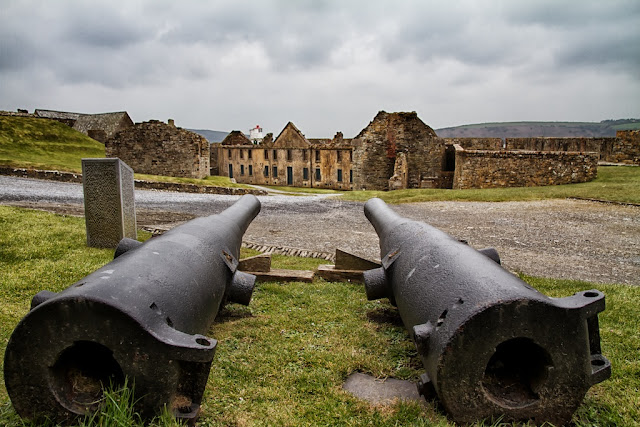 The next photo shows more of the old buildings inside the fort and the white lighthouse on the right.  In the centre background are the masts of the yachts in a little harbour to the South of the fort. 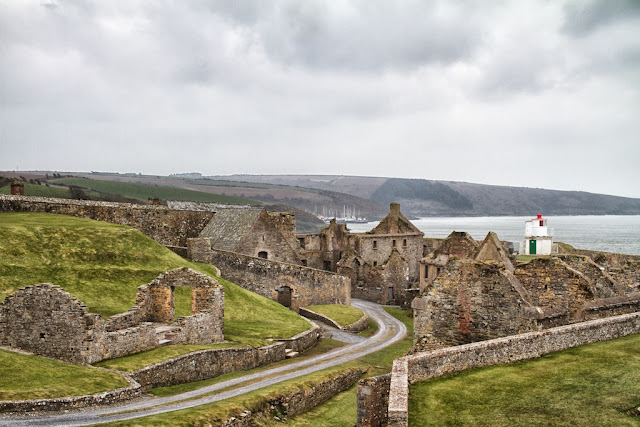 In the next photo I have got a bit closer to the wall and moved the camera lower to concentrate more on the buildings inside the fort. 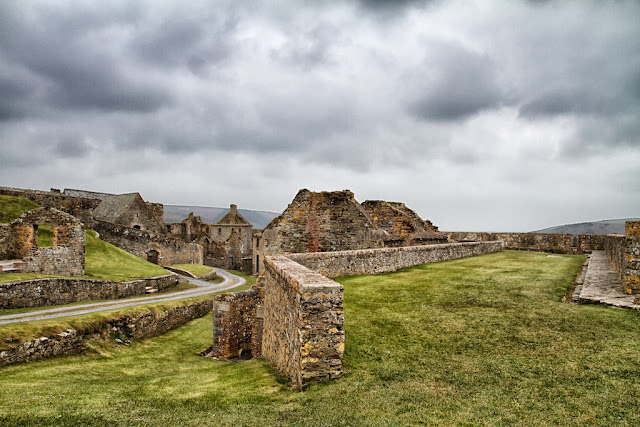 This building is the one at which the cannons were pointing in the earlier photo.  The cannons are on the ground in front of the building on the left which is a bit of a museum and the building in the best condition on the site. 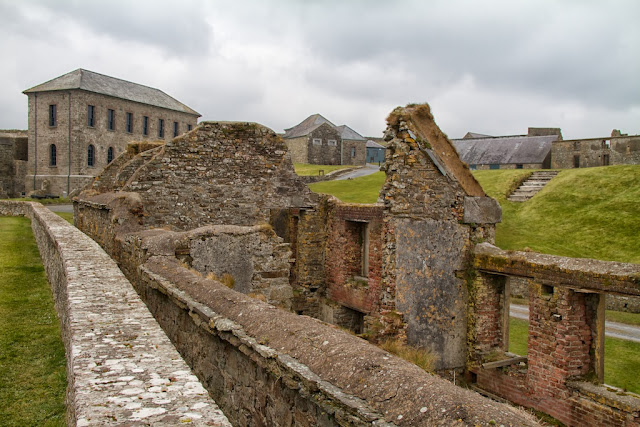 Some more of the buildings inside the fort. 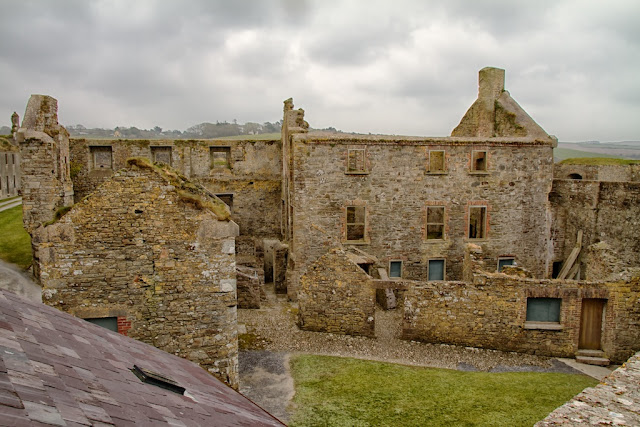 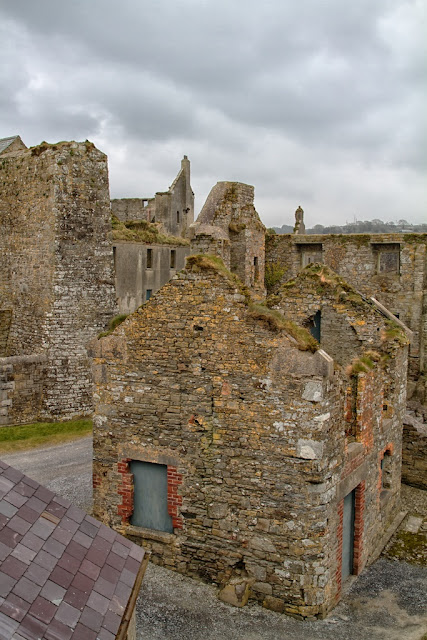 This photo was taken from near the lighthouse and is looking inland across the Southern end of the fort.  On the right is the ditch in front of the wall which was a part of the defences.  The wall itself has a sloping top which is grassed over.  I'm not sure if it would have been like that in the past but the slope could have been to deflect incoming cannon balls over the buildings inside the fort. 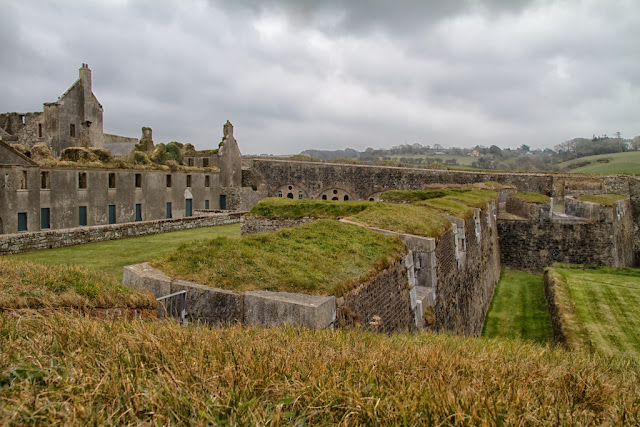 This is a closer photo of the chimney stack one one of the ruined buildings.  It's pretty overgrown and looks quite amazing. 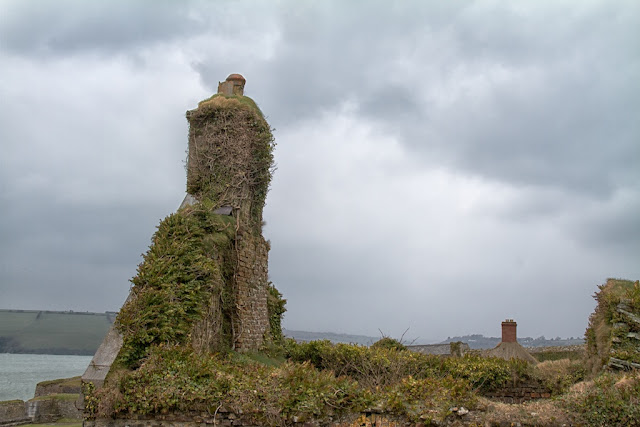 This photo was taken from inside one of the corner towers on the North of the fort an looking South down the estuary to the sea. 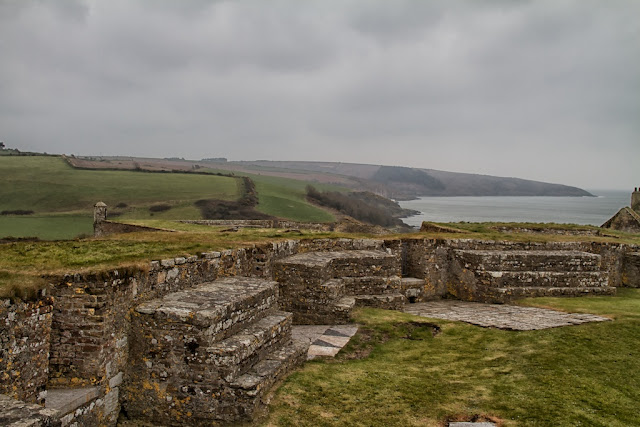 This next photo was taken from the same tower but looking to the West towards James Fort on the opposite bank of the river. 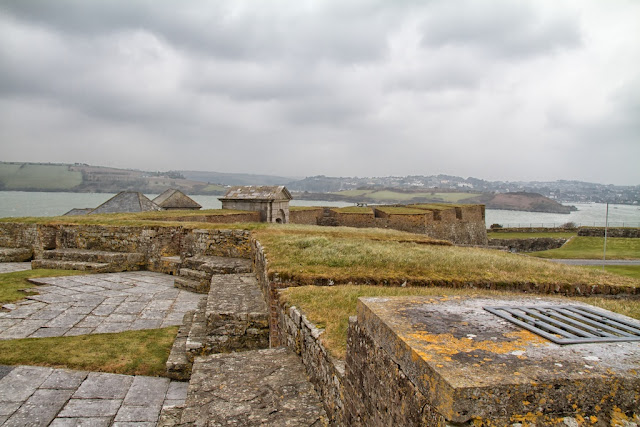 It started to rain a bit so we decided to head back home.  Just outside the front gate was this signpost and in the background is James Fort again.  I'll add the photo to my collection of signposts.  I have a few now, maybe I could make a book.