Sunday morning the sun shone for about an hour and then the rain came over again. I was getting a bit bored but I couldn't be bothered to go and get some new leaves to scan. In the end I decided to put some warm clothes on and visit the local wind farm in the rain. I need to make some black and white digital photos for next Monday to enter into the Camera Club Competition and I thought there may be something I could use. A lot of the members seem to drag photos from their archives for the competitions but I prefer to take something new if possible. After all my main purpose in going to the club is to improve my photography so theoretically my latest photos should be my best. Anyway even if they aren't it forces me to go out and try to get something new and keep on practicing.

The windmills are at Royd Moor about 2 miles from my house. I've taken a lot of photos of them before and will probably post a gallery of them on my main web site at some time. When I got there it wasn't raining much but it didn't stay like that for long and then it stopped again for a while. I made my way around to the other side of them and also took some photos of the surrounding area before going home to dry out.

To make things a bit more challenging I took only a fixed length (50mm) lens so I had to zoom with my feet or crop the photos later. I also converted a few to Black and white to see if they were suitable for the competition.

First photo of six windmills nearest to the road. 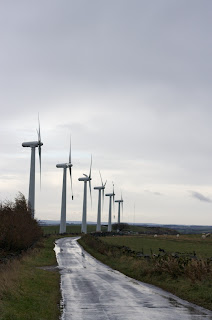 Second photo cropped square and converted to black and white 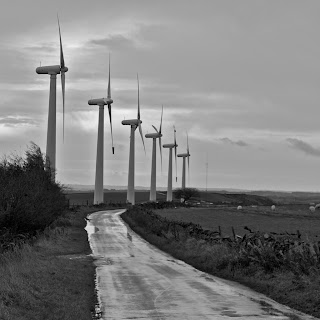 Third photo showing some of the second row of windmills 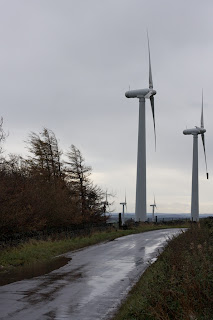 Next a landscape photoshoeing most of the twelve windmills 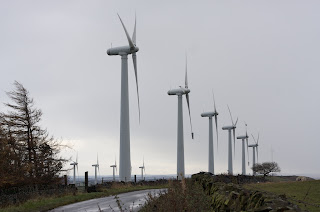 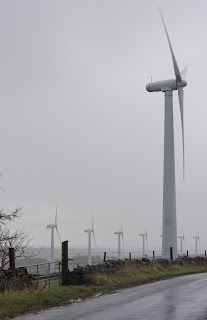 A bit later after the rain had passed over, this is the second row of winmills from the other end near the observation point. 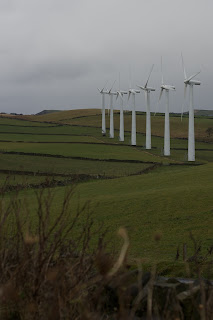 Windmills from the observation point 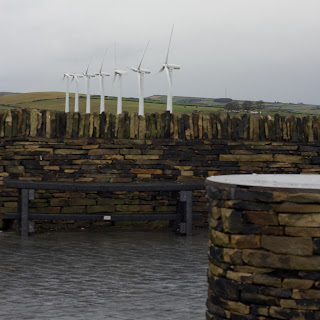 All twelve windmills converted to black and white 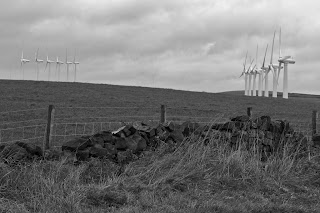 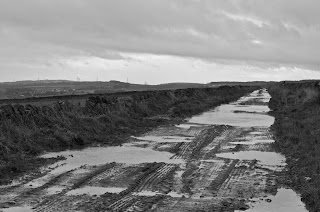 Looking over windmill reservoir at Ingbirchworth with Emley Moor television mast in the background.

Taken from a field behind the windmills 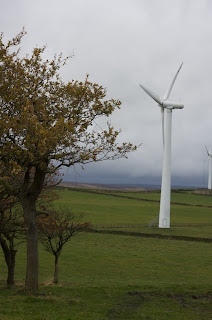 Finally when I got home Evey dog had arrived and was trying to sleep on my clean suite. I don't think she was too happy with me keep taking photos of her with the flash. 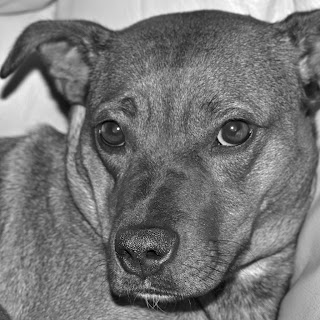 Love the new blog format. And the leafy pics.