I set off quite early and parked a little way from the park because it doesn't officially open until 10am (and it costs £4 to park). There was a little walk through some woods which appear to be managed as there were lots of piles of timber next to the lane. After the woods I walked through a field and then down towards the old car park entrance to the park. There's a new entrance to the park with a big car park a visitors centre but as the park wasn't open I avoided it by using this way in. 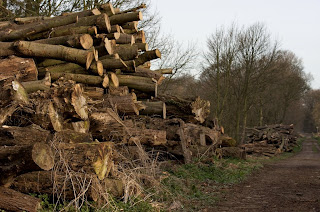 I took quite a few photos of the sculptures and made my way down to the lake where I spotted this heron down on the lake side. There was second heron further on behind the trees but I couldn't get decent shot of it. 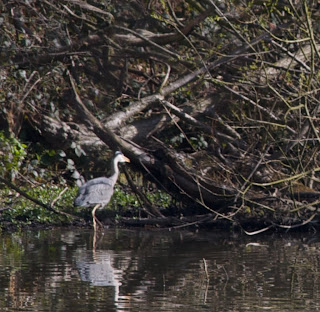 The second heron then rose into the air and I managed to fire off a few shots of it before it disappeared. None of them were particularly brilliant but this was about the best. Unfortunately there's a lot of high contrast with the trees and sky in the background which makes it hard to focus on the heron. 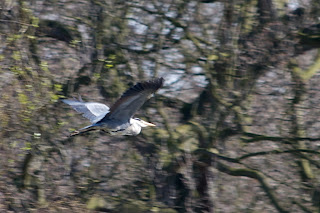 Back into the sculpture park I took another load of images of the sculptures including this one with Breton Hall in the background. 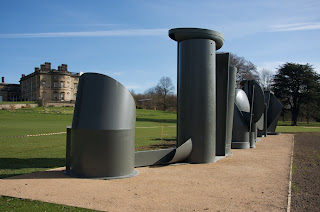 It's a while since I've been here so this set of strange animal/human sculptures were new to me. There's a load more pictures of the sculptures in my gallery so if you're interested, have a good look around. 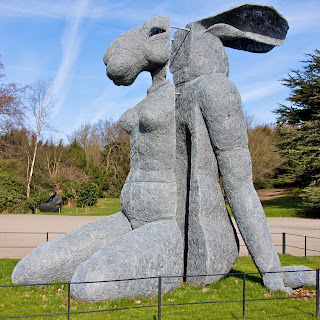 The park was starting to get busy by now and I was fed up of the park wardens telling me that I should have Evey on a lead so I decided to leave. There was also an area where dogs weren't allowed at all so I'll have to come back without her some time.

On the way back to my car I walked back through West Bretton Village and then onto a path that took me back to the woods where I had started. I found a bit of a nature reserve that I didn't know was there even though I drive past here twice a day when I'm at work. quite a nice little diversion and there were a few butterflies about. I was just trying to get a bit closer to this one when Eveys' head suddenly appeared in the view finder. 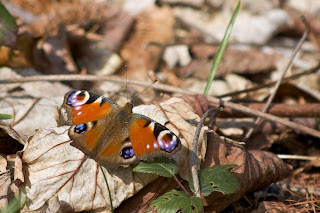