Well it's 2014 so I thought it was time to get back into having an on-line presence.  Since retiring last year I thought I would have plenty of time to keep my blogging on a more regular basis but it's not worked out that way at all.  I guess it's not a lack of time that is the problem, although I am keeping very busy, it's more about not having the headspace to think about blogging.  I have been thrashing out (with myself) what I want to do in my retirement, specifically with Holme Valley Photo which is where I am starting to sell my work and services.  I've had a big re-think in the last few months which I have written about on my Holme Valley Photo blog, but briefly I'm looking to offer mounting, framing and photo enhancement services in addition to selling my own art work.

So thats the New Beginning part of the post title done, now onto the Strange World bit.  A few weeks ago I got out early to make some new sunrise photos and ended up getting some very alien looking shots during the morning.  I'll start with a few shots of the colourful sky from a field at Stocksmoor with a few trees in it.  This first one is one of the trees with the clouds picking up the colours from the rising sun. 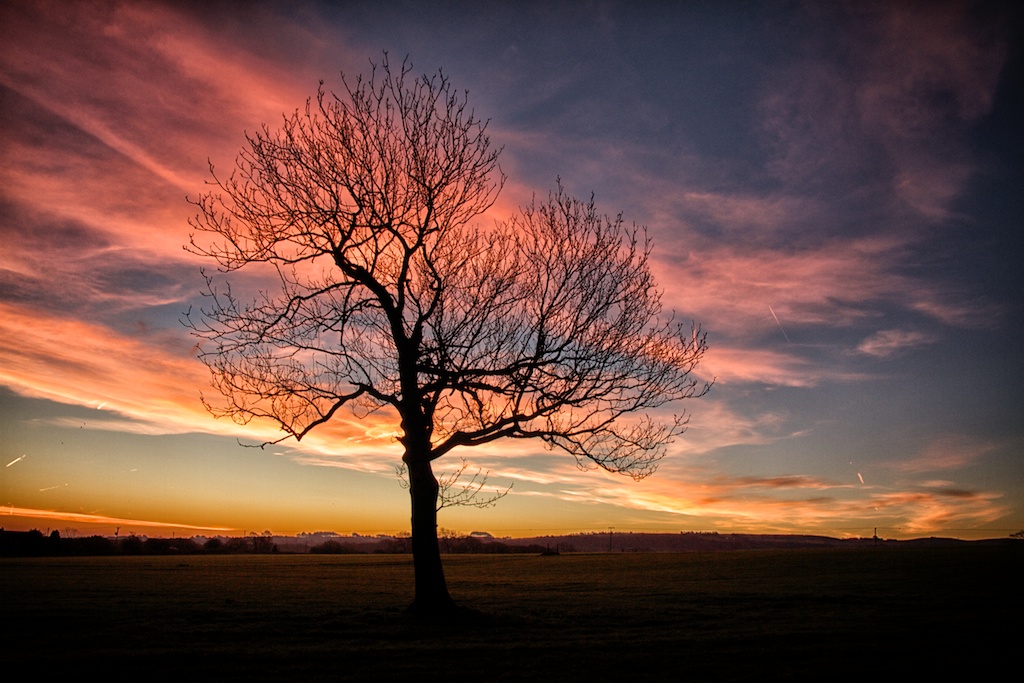 This is the same tree from further back so that more of the sky is in the shot. 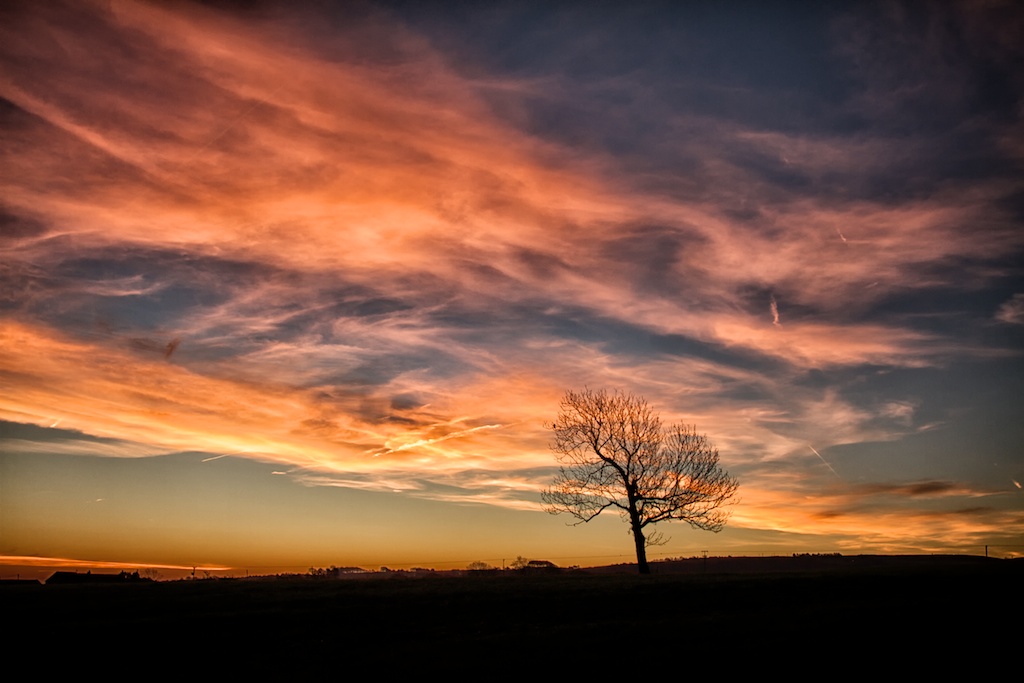 One of the other trees in the foreground and the original tree in the background. 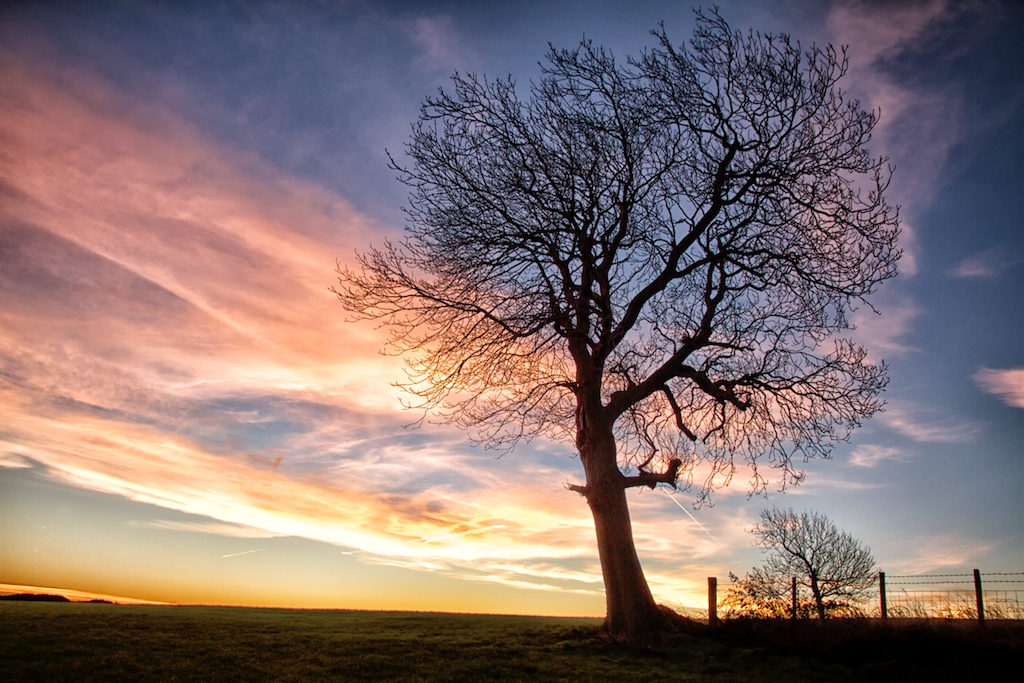 I then went from Stocksmoor to Ingbirchworth for a walk around the reservoir where I took this photo of the sun coming up behind the trees on the horizon. 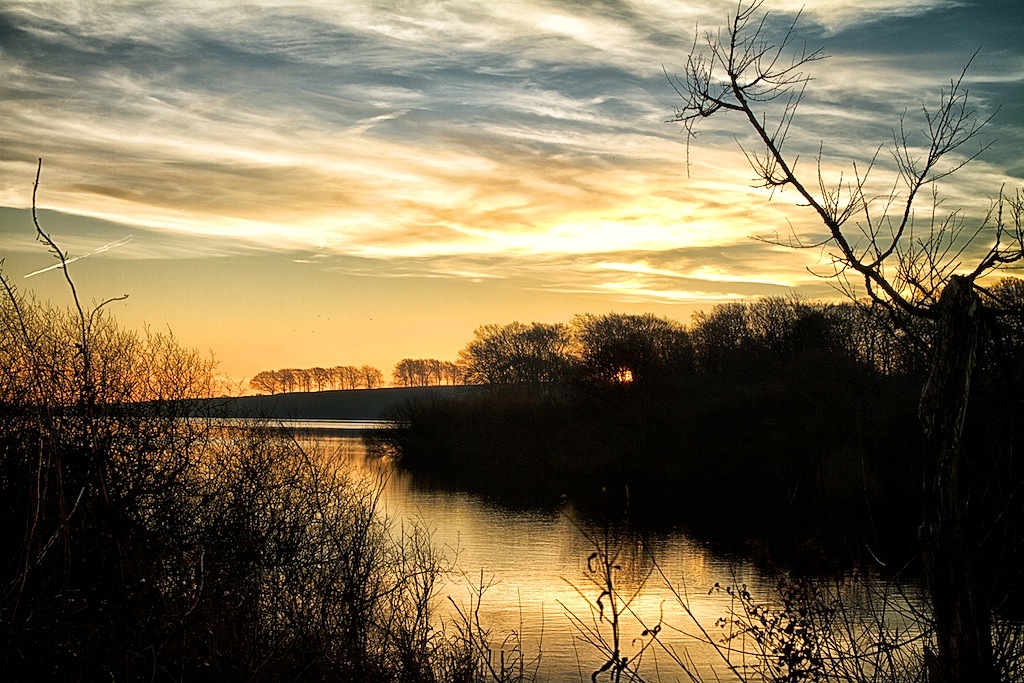 As I walked around a bank of low cloud came across to cover the base of the windmills across the valley.  This was the first part of the strange world.  After I got back to my car I thought I'd go to the windmills to see how it looked close up, but when I got there the cloud had gone so I decided to go home. 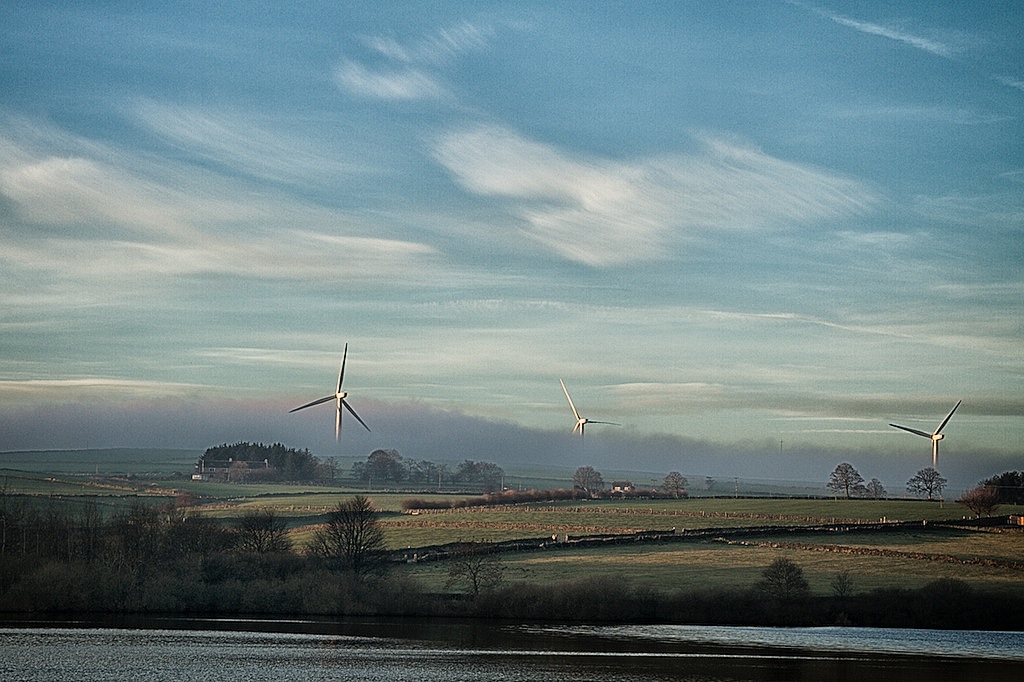 On the way home I noticed some more low cloud in the distance so I changed direction and headed towards the new strange weather activity. 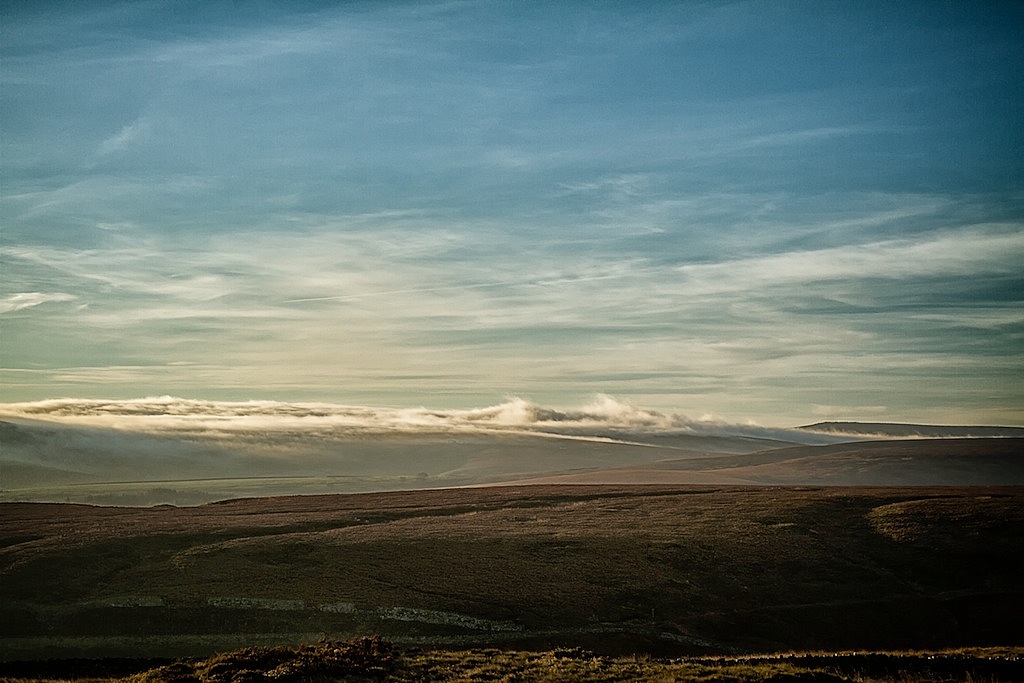 It took me a while to get onto the right road but as I got closer I could see how the yellow sun was reflecting on the top of the clouds as they drifted down the valley.  The road is known locally as the Woodhead Pass which links the cities of Sheffield and Manchester across the Pennines. 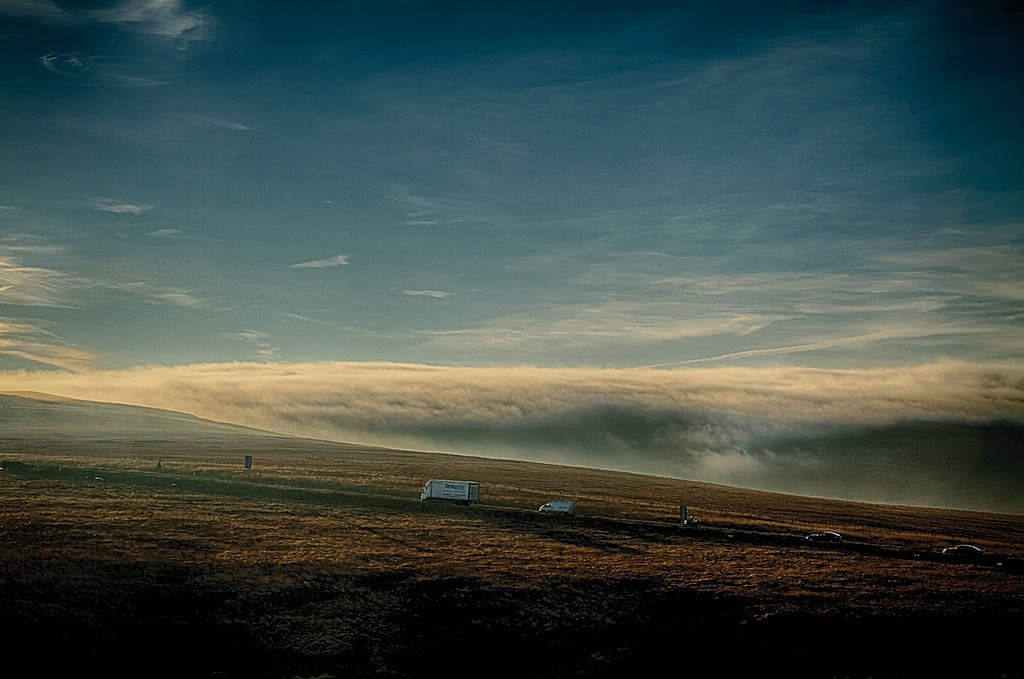 I parked up near the road and started walking down an old road which goes into the valley. 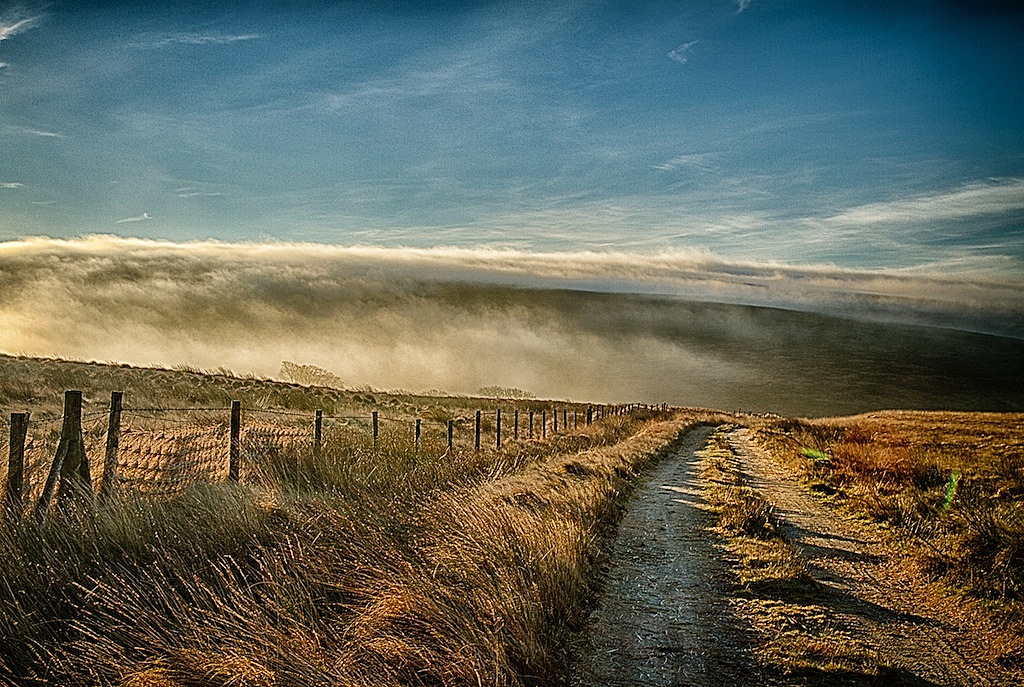 There were some trees in the bottom of the valley and as I reached cloud level the sun reflecting on the top of the cloud started to look even more strange. 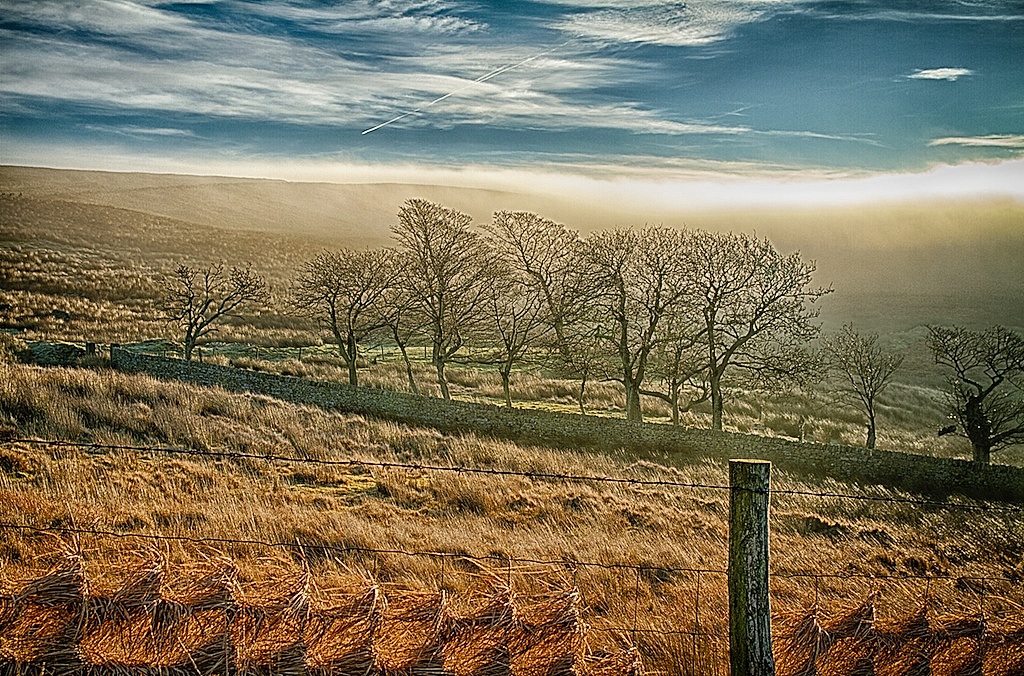 As I reached the bottom of the valley there was a hard frost on the grass which hadn't gone because the cloud had kept away the warmth of the sun. 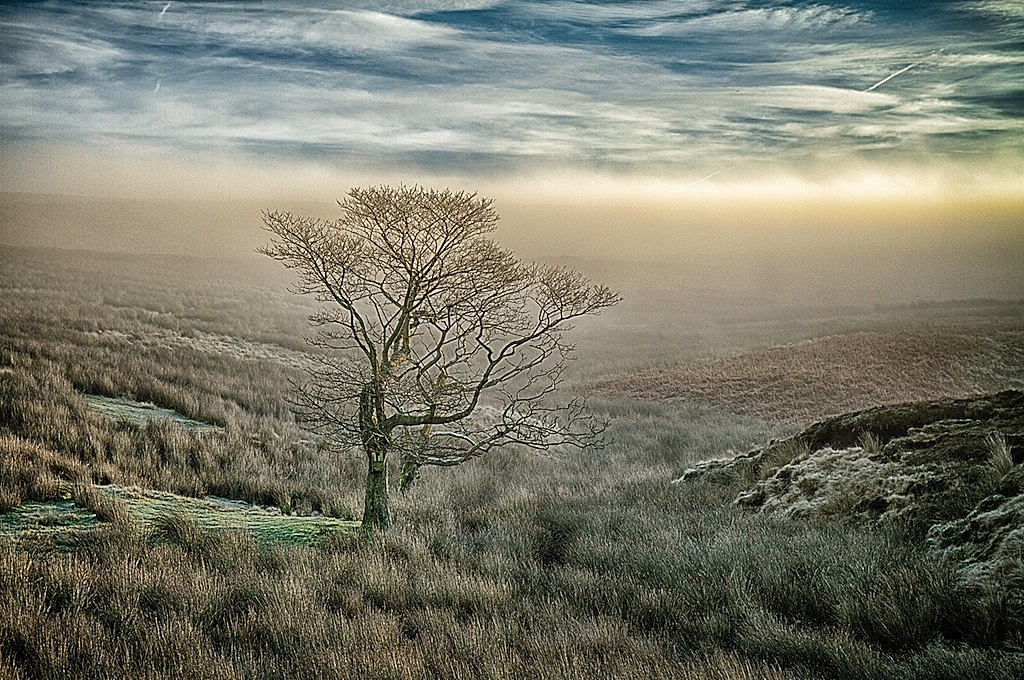 Here's another shot closer to the tree in the previous photo. 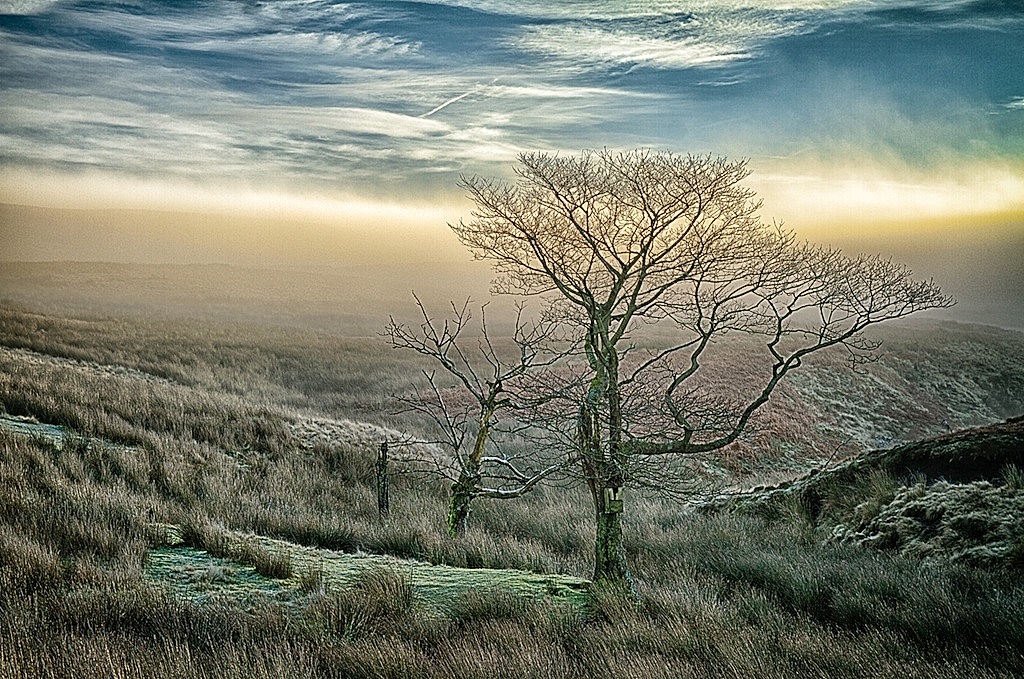 The cloud was quickly lifting and this shot was taken from the other side of the trees and show the grass being lit up with the yellow light of the sun. 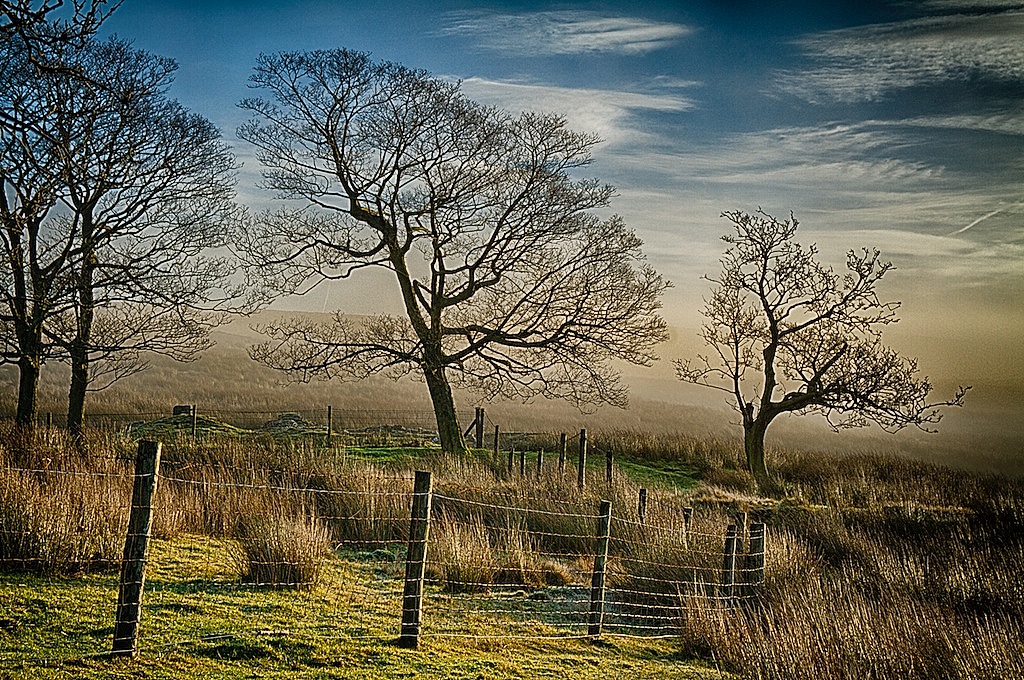 Moving around again I managed to get one last shot as the sun rose above the hillside behind these trees. 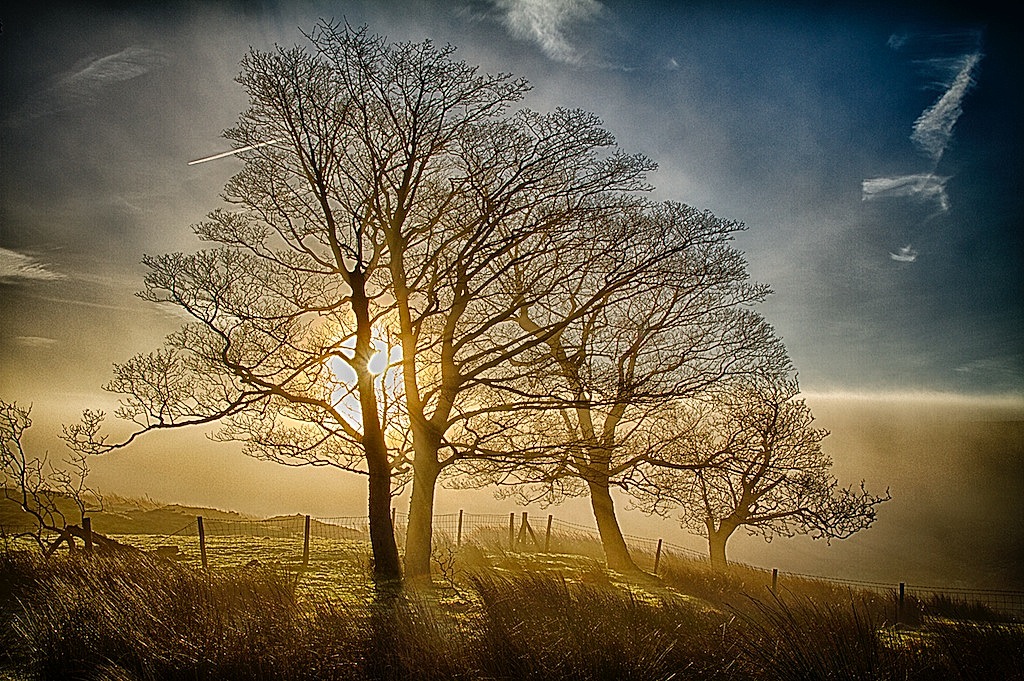 This final shot was after the clouds had completely gone leaving the trees bathed in the early sunshine  and the frost melting off of the grass. 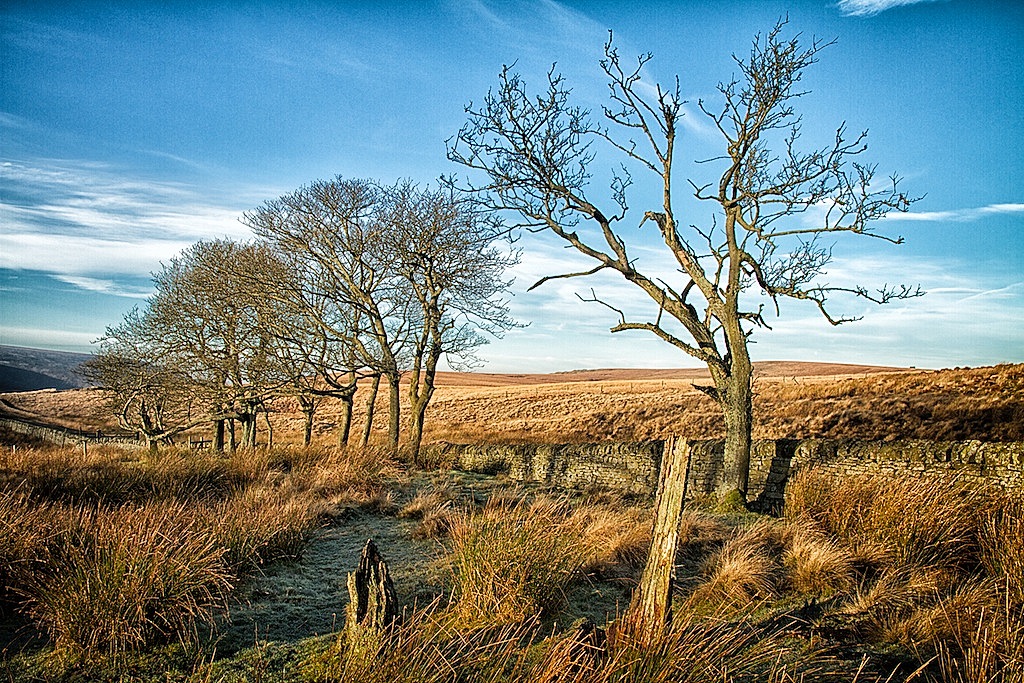 I walked around and took a few more shots but I think I've added enough images to this post.  Hope to post again soon.