When Will the Rain Ever Stop

It feels like it has been raining constantly for as long as I can remember, which at my age isn't that long.  I suppose I can't really complain because down in the South of England they've had lots of flooding but here on the edge of the Pennines that's not likely to happen. Everywhere is very wet though and even when it's not actually raining it's barely fit to take any photographs so I've been doing a bit of mounting and framing to keep me busy.  I've got a few ideas for different things to do with mounting and framing so I've been doing some experimenting.  A couple of weeks ago I framed some postcards from France and I used one of my ideas for putting different things on the mounting board.  I've gone through the process in three posts on my Holme Valley Photo blog so if you're interested the links are here, here and here.

Just after Christmas I bought myself a new lens for my camera.  I decided to go for a diagonal fisheye because it's a look that I quite like and a photographer called Mike Page has been posting lots of photos on Google+ that he'd taken with his fisheye lens which look great.  So this adds to my frustration with the weather because I've not had much chance to get out and try out the new lens.  However I did manage to get out last week for a few hours and here's a few of the photos I took.

I decided to go to Scout Dyke Reservoir as it's close by and somewhere I've been plenty of times so I know where to get some reasonable shots.  This first shot was taken from the dam wall of the control tower and shows how you can use the fisheye lens to bend the horizon up at the edges by aiming towards the sky when taking the shot.  The lens is very wide angled an in some of the photos I've taken with it I managed to get part of myself in the frame. 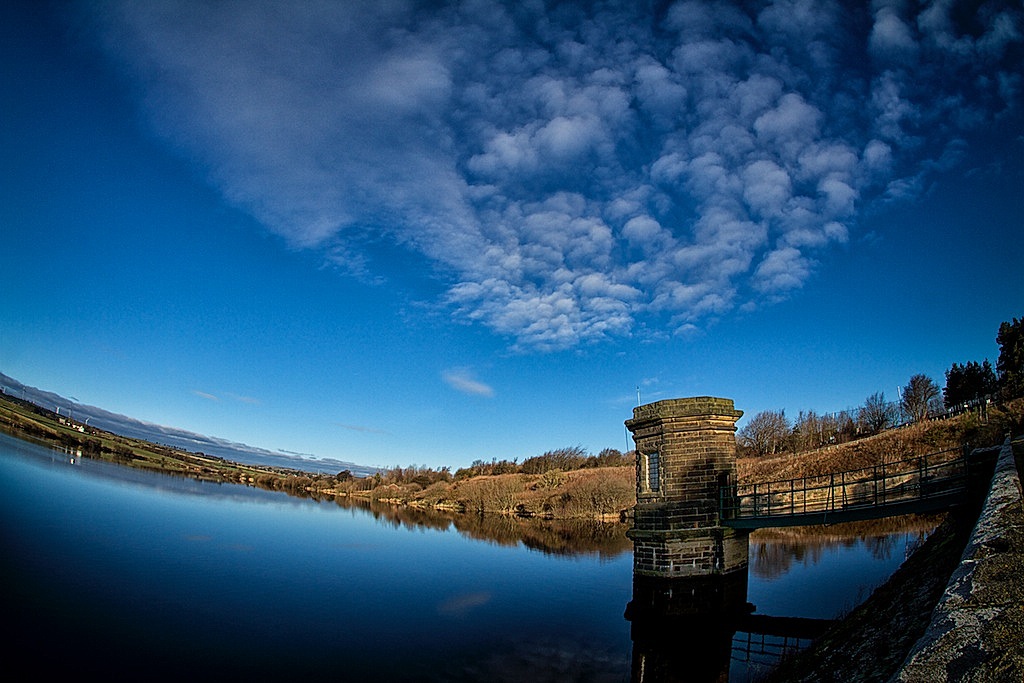 I thought that the first shot was OK but I was loosing a lot of detail in the shadows so I decided to change to shooting for HDR where I take three shots at different exposures and merge them in post processing.  This time I stood closer to the gangway to the tower and this time angled the camera down towards the water to make the horizon curve downwards towards the edges. 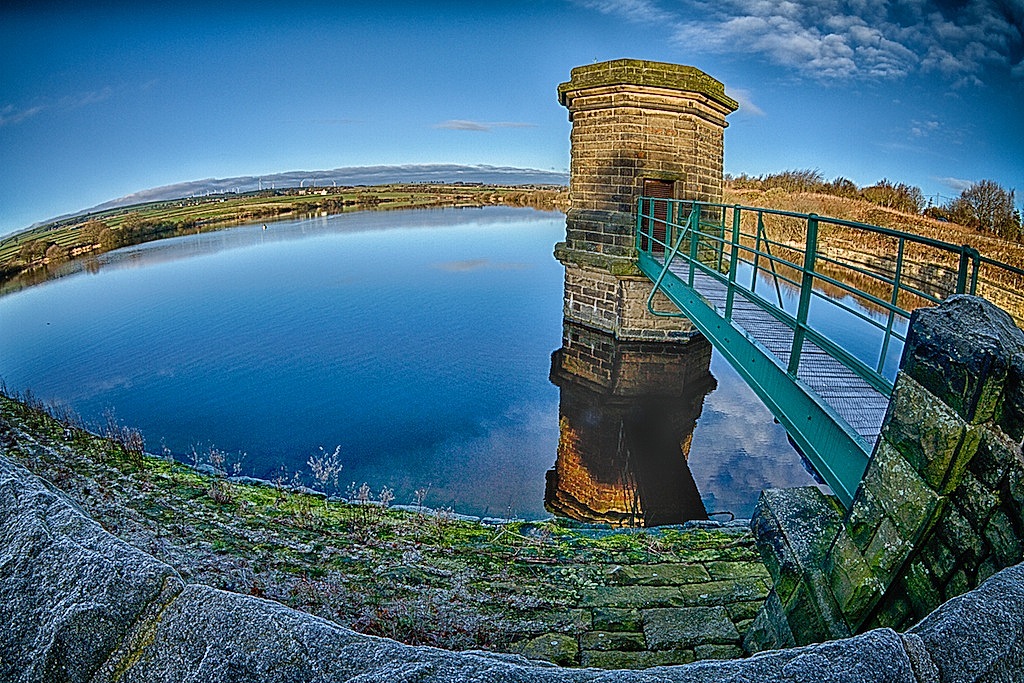 After all the recent rain there was some water running down the reservoir overflow which I haven't seen for quite some time.  This shot was taken part way down the overflow and I used the fisheye again to bend the steps of the overflow. 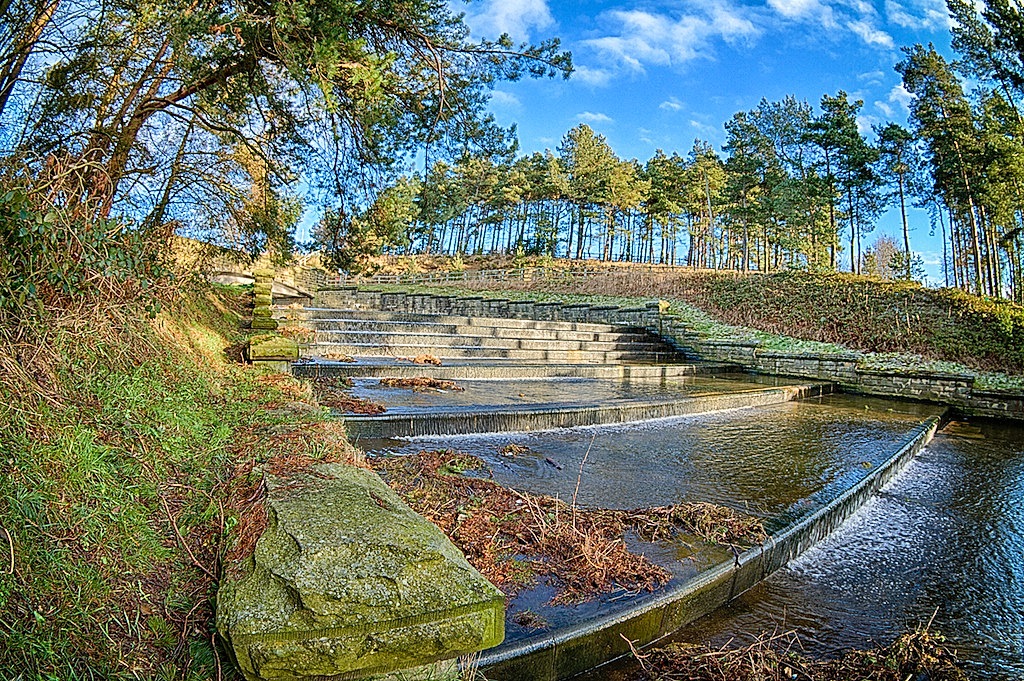 I took quite a few shots from the bottom end of the overflow where there is a bridge across the water to the buildings where the water authority workers process the water from the reservoir. 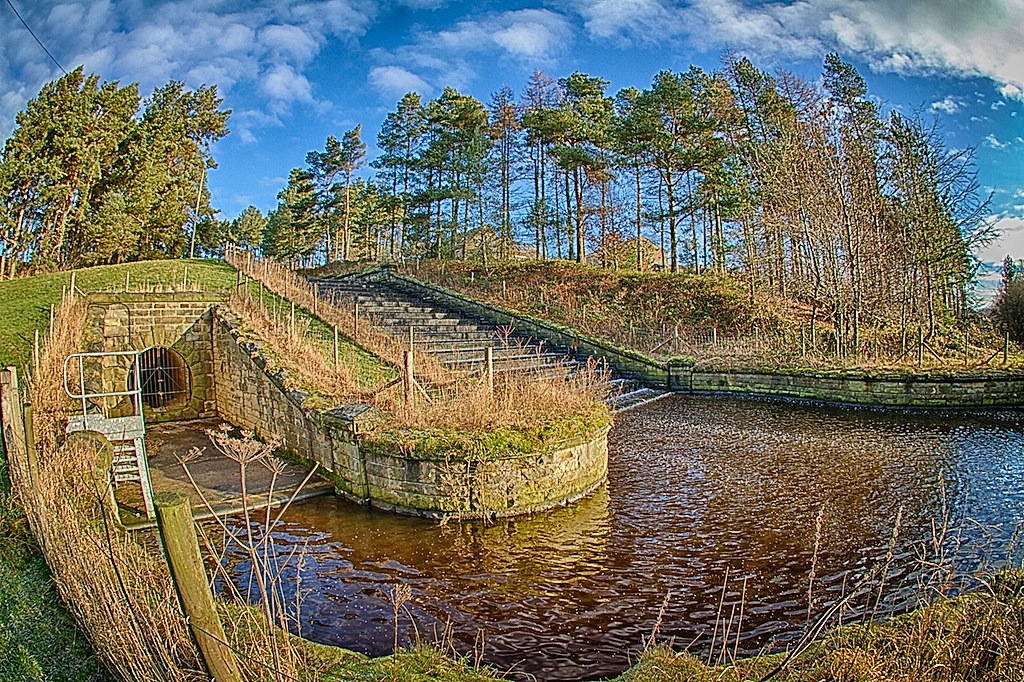 I took some footpaths across the fields adjacent to the reservoir and put my normal lens back on the camera for a while.  The fields were very wet underfoot so I was glad that I'd put my walking boots on before I came out to play.  Here's a tree at the edge of the field which isn't normally under water but now it is. 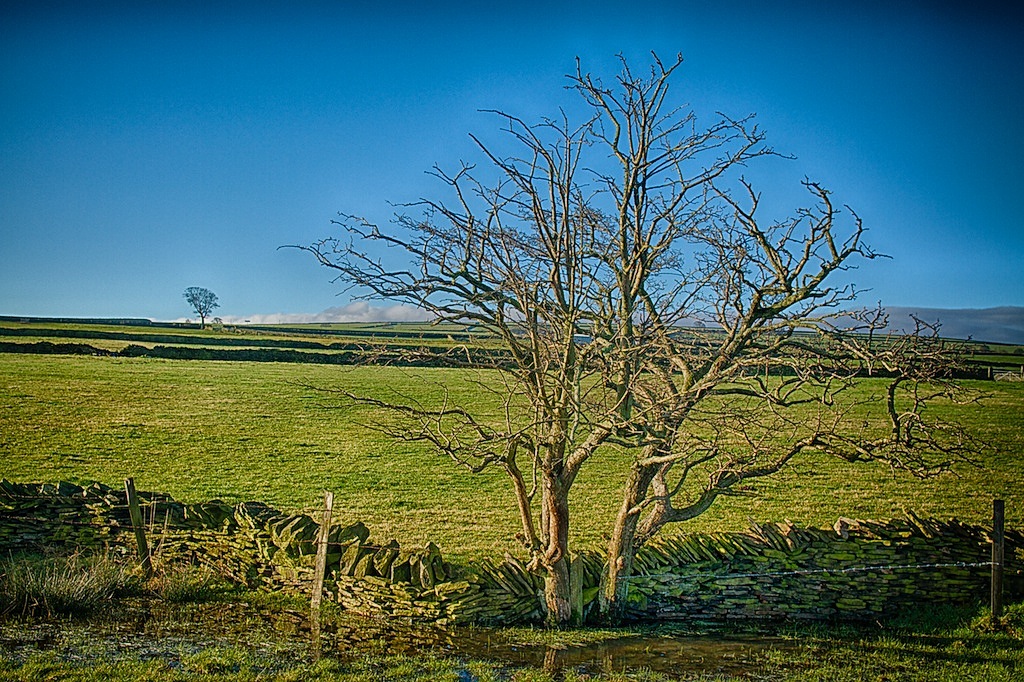 The sun was quite bright and it was nice to see the trees bathed in sunshine for a change.  In this shot the reservoir is in the background and I like the way the clouds seem to be mimicking the branches of the tree. 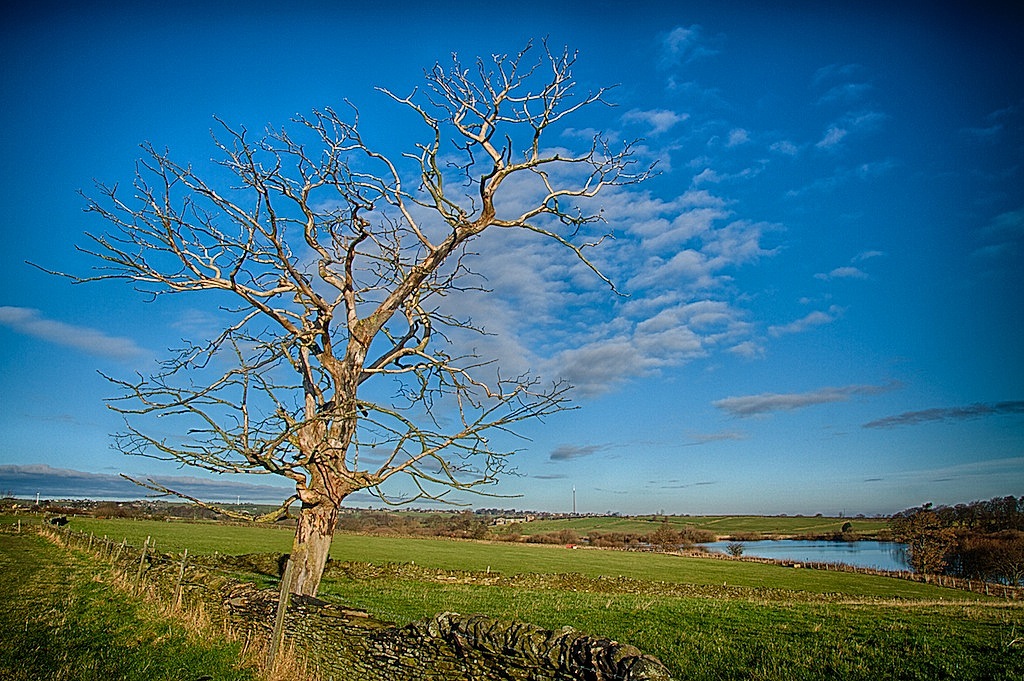 I moved a lot closer and put the fisheye lens back on the camera for this final shot.  It only stopped raining for the one day and it's been even worse since the day I took these photos.  Hopefully it will stop raining again in the near future so I can get back out and do some more practicing with the fisheye. 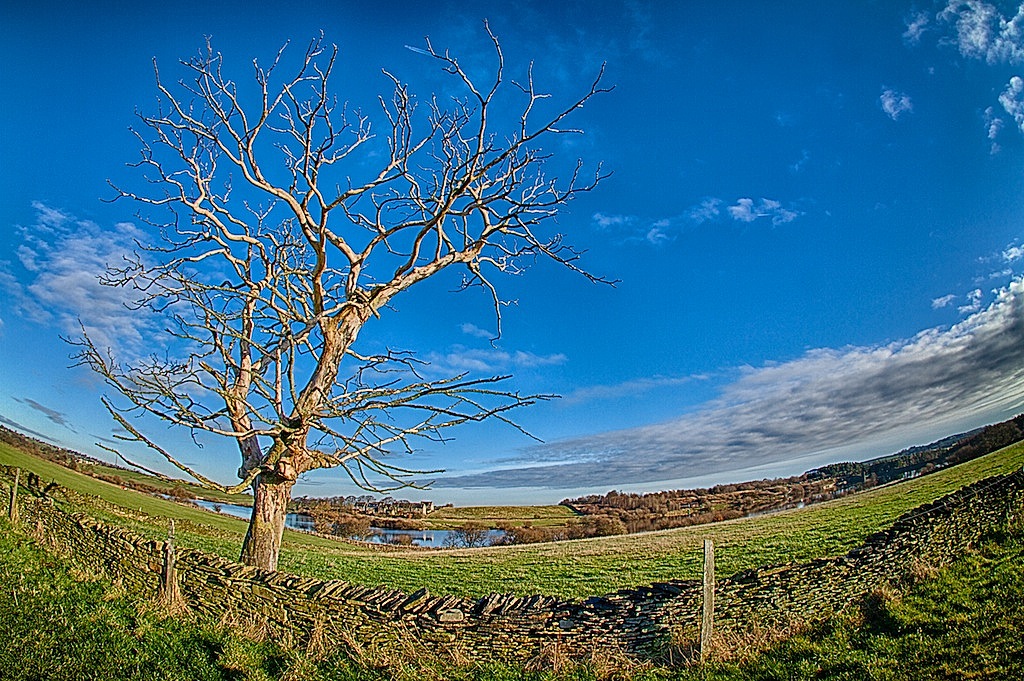