Foggy Trees in Black and White

We've had a few foggy days recently and on one of those days in October I took a walk from home to take some photos of trees.  I like photographing trees at any time but in the fog it makes it easy to lose the background and concentrate on the form of the trees.  Initially I processed the photos in colour but then decided to convert them to black and white to simplify the forms even further.

This first photograph is a small tree on the edge of a footpath which climbs fairly steeply up the hill opposite my house.  The tree is on the edge of the hillside and looks as though it has been ravaged by the winds over the years.  The branch at the front of the tree was coming out towards me and makes the photo look almost three dimensional. 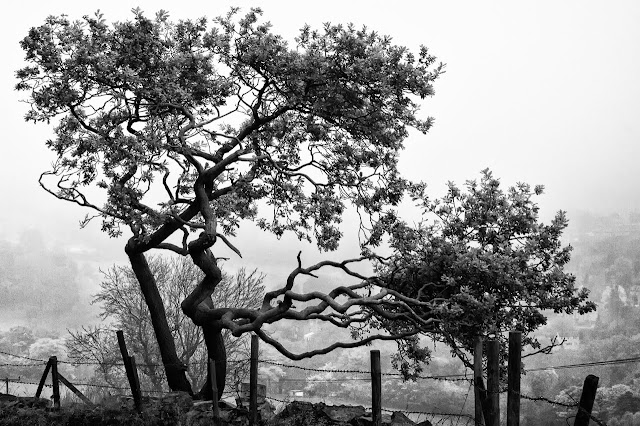 At the top of the path there is another path which heads through some fields which are scattered with various trees and bushes.  Most of the trees are at the edges of the fields next to walls and fences.  As I approached the edge of this fields I thought that this group of trees made quite a nice composition. 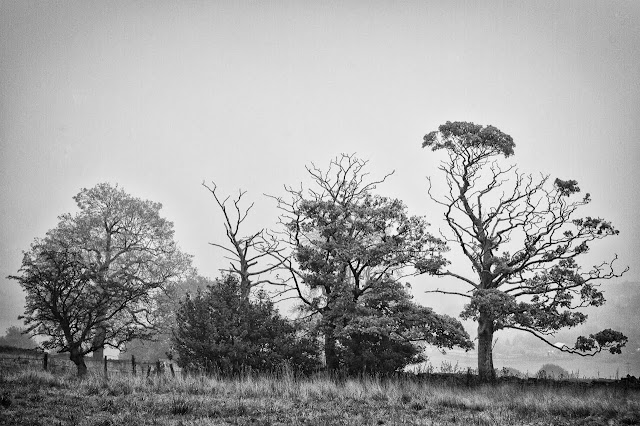 I found the tree on the right of the last image particularly interesting with most of the branches without leaves and then just a few branches still filled with leaves. 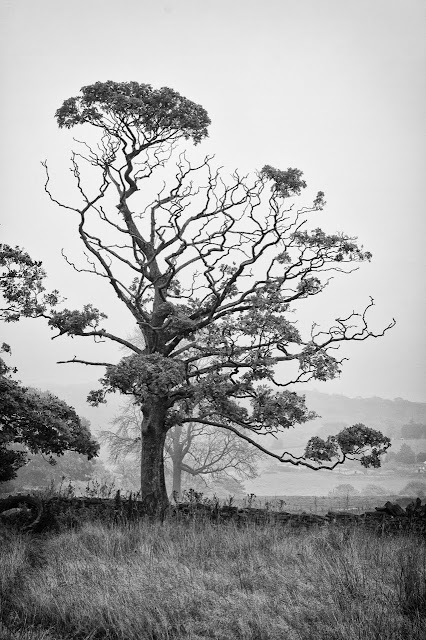 In the middle of the next field was this large tree which had completely lost its leaves.  I just love to look at the structure of this tree because it is so complex and beautiful. 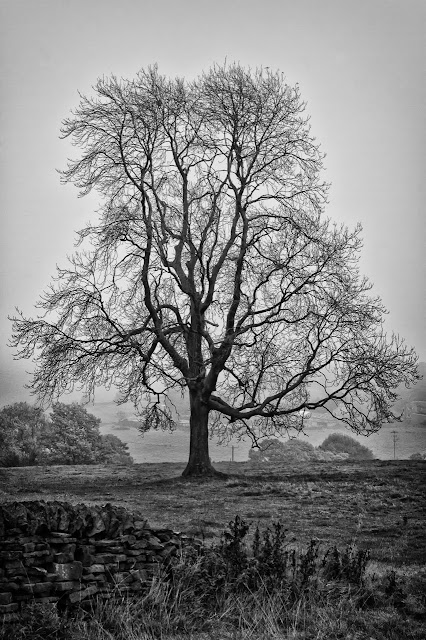 The fog was lifting a little and so it became possible to see more trees in the distance.  In this next photo the trees in the adjoining fields may be seen in the background.  There are two crows sitting up high in the branches of the tree on the left hand of the image. 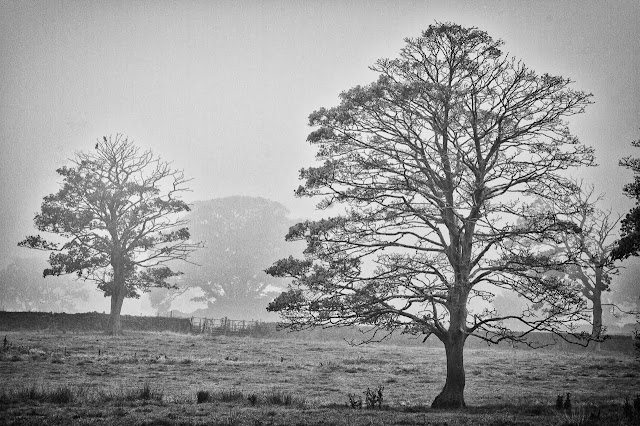 I walked a while until I reached another field which I knew had several trees scattered around it. I have been to this location on many occasions to take photos at different times of the year and in different weather conditions.  I took several photos of different sets of trees from different angles but this was my favourite of the day from this location. 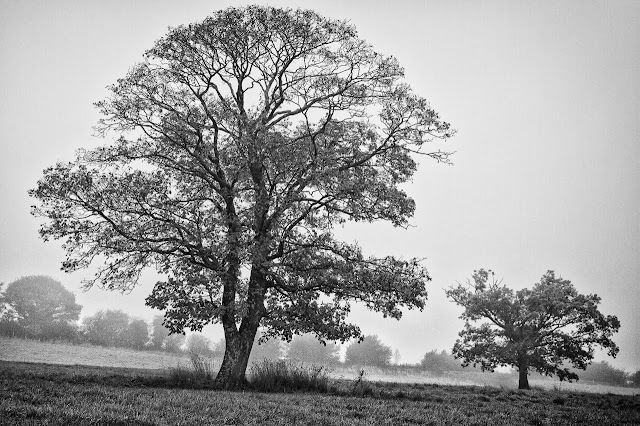 On my way home a headed down the hill on a different path where there was a few small trees and bushes.  I quite like the way this small tree stands up straight on such a steep slope. 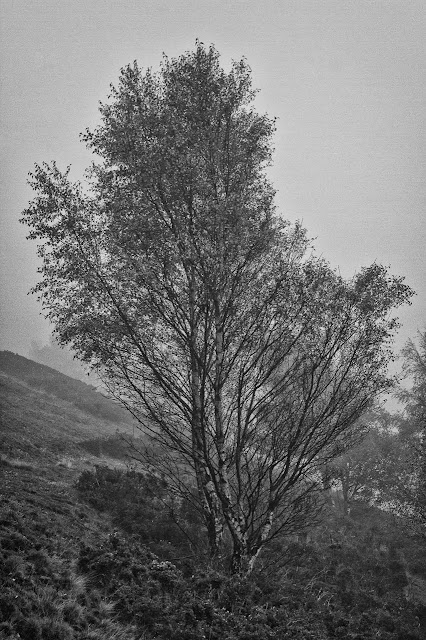 I took some more photos in the fog a few days later at the Yorkshire Sculpture Park and I will put them into a post later.  I was remembering that this time last year I was in Iceland with my daughter and I decided to have a go at reprocessing a few of the photos for another post.  In the meantime here is a link to the blog I created while we were in Iceland if you are interested.
at November 28, 2015