Sunshine before the storm below the Woodhead Pass

Such a long time since I last posted (it could be my confessional) but here at last some photo that I took last week.  I'm not going to make any excuses or promise to post more often in future because who knows what might happen.

Anyhow, the Woodhead Pass is where the old A road between Sheffield and Manchester crossed over the Pennines and it's just a few miles from my house.  Coincidentally I have returned to where I last made a promise to blog more often back in January 2014 with this post called A New Beginning - Strange World (most of which has never come about).  Even more of a coincidence is that this first photo was taken from almost the same place as the last photo in the previous blog from this location (I honestly hadn't noticed until I looked back at the old blog post).

In this first photo I didn't have the mist from before but the weather was definitely on the turn again.  It was very windy so I had left the tripod in the car because it just wouldn't have made any difference over hand holding the camera.  I was stood in a patch of sun but heavy looking clouds were all around and I was expecting rain at any moment. 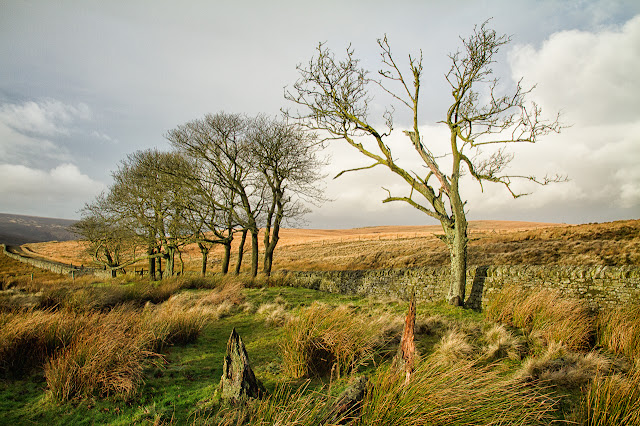 In this second photo I went around the other side of the trees to get a shot with some nice blue sky in the background, just to prove that it was quite nice in that direction.  There are probably ten or a dozen trees at this location and I took a few other shots with the blue sky in the background but I think this was the best.  Looking back at the previous photos from this location I can see that the fallen tree in the foreground was standing last time. 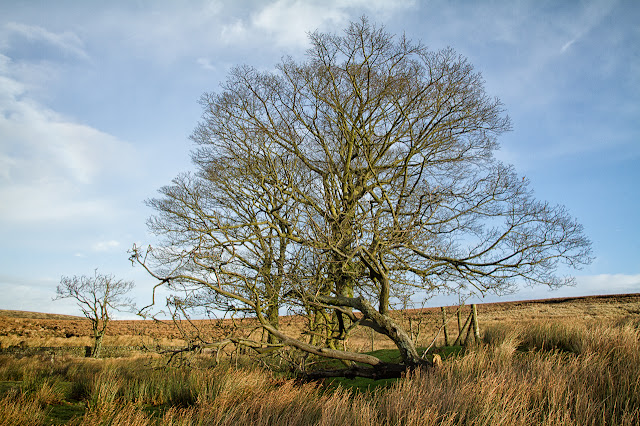 The previous photos that I took of this next tree and it's partner (see below) in the morning mist were mainly taken from the other side.  These trees are a little bit important to me because I have sold a few prints from my previous visit and exhibited them at the Holmfirth Art Show and a photographic exhibition at nearby Hepworth village. 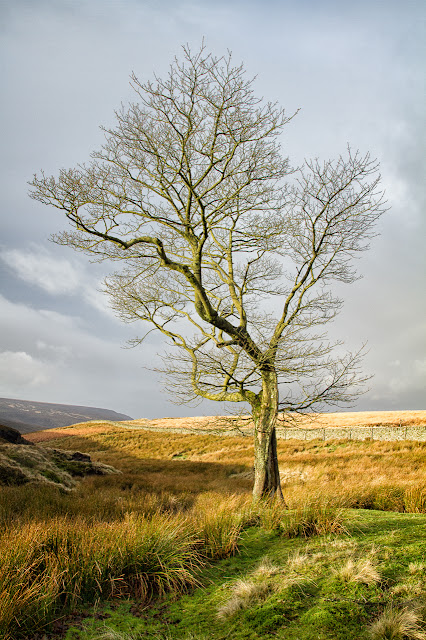 Here are both the trees which are set away from the rest of the trees in the valley bottom next to a small stream.  The sun was getting a little more patchy now so I had to wait around for the good light before taking the shots.  I'm not sure but I think this tree which is now in the foreground is leaning over a bit more that it was on my last visit. 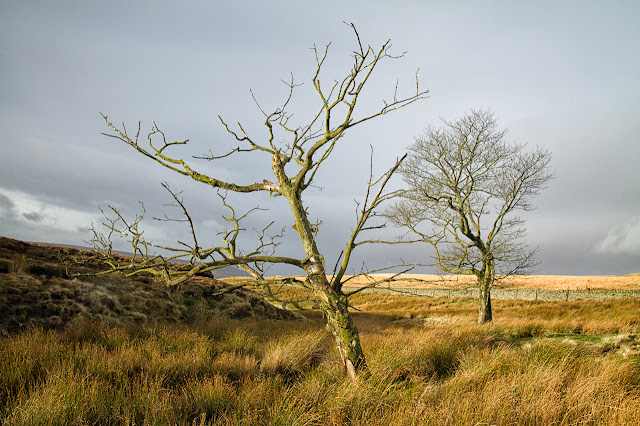 I moved back up to the main clump of trees for this last shot and as you can see the clouds were getting darker and more threatening.  A couple of guys in a 4X4 turned up and parked their vehicle on the dirt road right in my shot shortly after I had taken this photo.  I tried moving around a bit more to take some more shots from different angles but the sunlight was disappearing fast and I feared that the shooting session would be cut short again but for very different reasons. 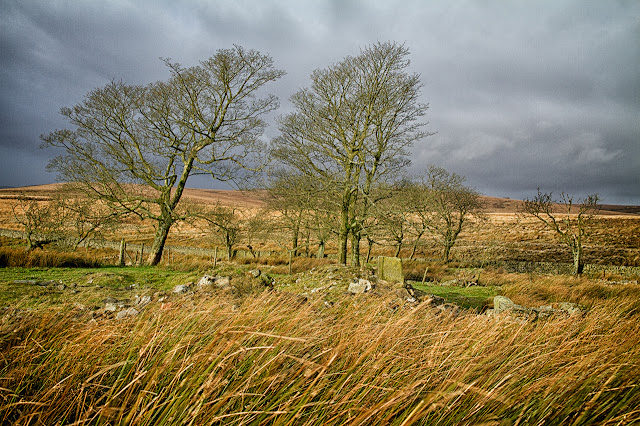 My remaining shots didn't come out too well and then the rain started to fall so I decided to call it a morning.  I have a few recent sets of shots that I might share with you but I won't spoil your surprise about what they are or when they are likely to appear.  Could be soon, you never know.
at November 23, 2015