A bit of a mixture

I hadn't been to Scout Dyke Reservoir since August so I though it was time I went back for a visit. I had intended on getting up early enough to make some sunrise images but I seem to be having trouble waking up at the weekends. So it was about 8am before I arrived and about a dozen anglers were already out on the banks of the reservoir. The sun hadn't been up too long and there was just a few small clouds in the sky although it did look as though more were on their way.

As I walked along the reservoir wall I saw that the early morning sun was coming through a gap and hitting these trees at the bottom of the dam wall so I went down the slope to get a closer look. The foliage on these trees was very light brown and a bit dead looking but the orange sun made them glow. The grass of the fields in the background was also being lit up by the sunlight but the rest of the foreground was very much in the shade. I used tone mapping to bring up the detail of the small stone building and the bridge across to it. On a normally exposed shot these details were purely silhouettes. 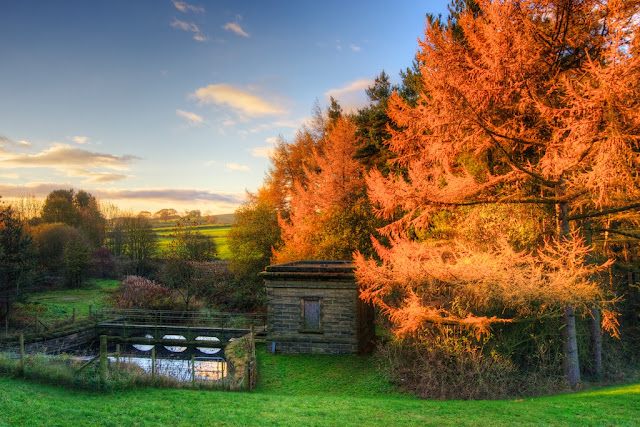 I walked along the bottom of the dam wall slope next to the woods where I spotted a couple of mushrooms in the grass. Yes more fungi, I can't help it, it's just that time of year. As usual it was pretty dark and damp so to get the shot I put the ISO setting straight up to 800 which has made it a bit noisy in the background but I'm not too worried. The things I love about this photos are the textures on the mushroom and also the little drops of dew on the tips of the grass. 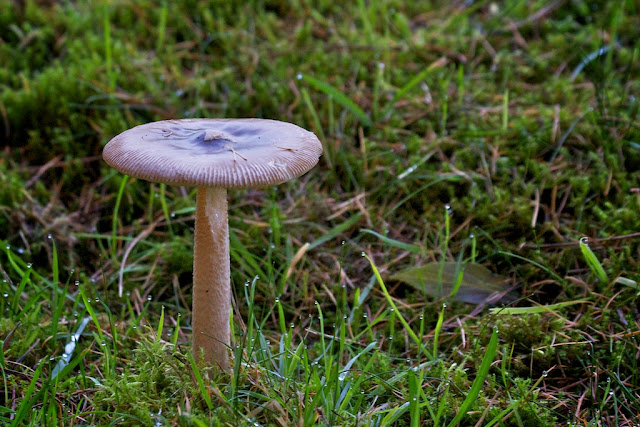 The second mushroom was up the slope a little from the first and although they look to be the same type the top hasn't opened up as much as the first, making it look quite different. There was no way I was going to get them both in focus so, a bit unconventionally I guess, I decided to focus on the one at the back. Again there's nice textures on the mushroom and the dew on the grass but if you look closely at the background on the right there are lots of tiny mushrooms too. 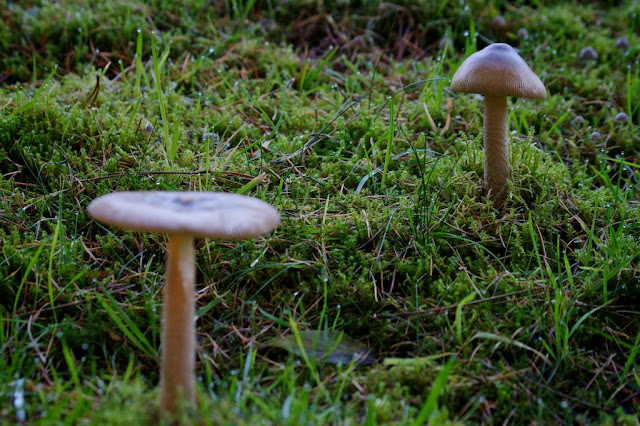 I took some shots of this angler casting his fly with a deft flick of his rod. I took several shots as he fished but I liked the shapes in this one the best. This side of the bank was still in a lot of shade so it was pretty dark still. 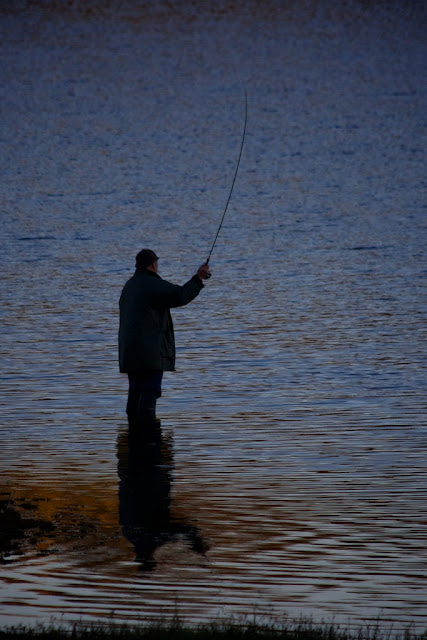 We walked up to the far end of the reservoir and onto an area which is normally under the water. Although we seem to have had a lot of rain recently the water level in this reservoir does't appear to have gone up very much. The clouds in the background look a bit threatening for more rain as they started to move in front of the sun. This pile of rock in the foreground is the remains of a platform that the water bailiff had built for the herons a couple of years back when the water was low. I have some photos of him building it and also of a heron sat on top of it looking down into the water below. I'm surprised he hasn't rebuilt it while the water level has been so low. Maybe the anglers aren't too keen on providing perching facilities for the herons as they probably take a lot of the fish. 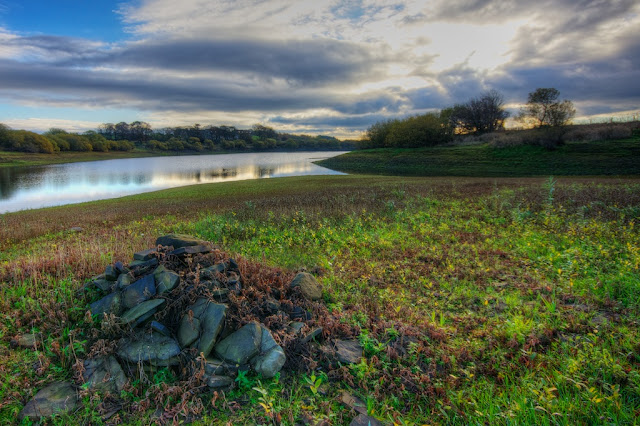 This is the main channel of water coming into the reservoir at the very top end. As you can see the sky in the opposite direction to the previous shot is completely clear blue. Although this channel is only five of six feet wide it is very deep and if you look closely at the foreground you can see how the edges look to go straight downwards below the weed. 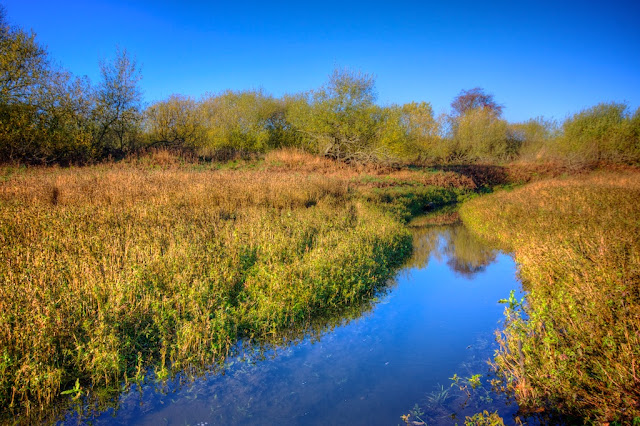 As I walked down the other bank of the reservoir the clouds that were threatening earlier moved completely away and the sun came out. I was quite intrigued by this pile of stones because it wasn't here last time I came to the reservoir. I'm guessing that someone was a bit bored and decided to collect some of the stones from the old dry stone walls that were here before the reservoir was built and make a pretend boat with them. I guess it could be the beginnings of a pier to fish from and maybe the herons or the cormorants would find it useful. When the water level does finally come back up it will disappear below the water and fall apart just like the herons perch in the earlier picture. 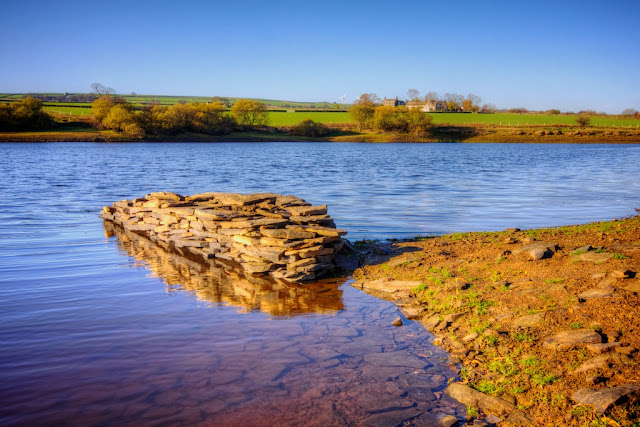 Well I was a bit later than expected posting these pictures and I have some more to post on my computer and still more still in my camera to look at from this last weekend. I guess I need to spend some time and catch up before I have to start thinking about not taking any new shots for a while.
at November 15, 2010