There was the promise of a nice day so I thought I'd get some autumn leaves pictures in the woods a couple of miles from my home. In the middle of the woods is a field which has about half a dozen nicely shaped trees scattered around where I was sure there would be some good photo opportunities. I have photographed the trees many times before and I thought they would be looking good in their autumn colours. On the drive to the woods I spotted some trees in a field next to the road that looked quite interesting so I stopped and took a few shots. This first image is a tone mapped HDR of the trees with the houses behind and Holme Moss transmitter on the horizon. The power lines and post in the foreground spoil it a bit but I decided to leave them in the frame anyway. 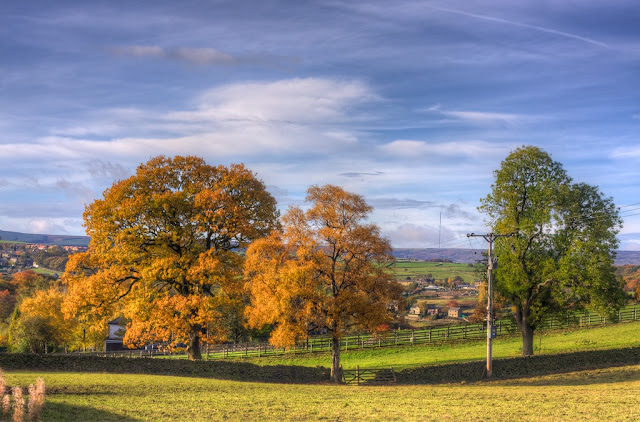 When I reached the woods the sky was becoming a bit dull as a haze covered the sun. I took quite a few photos in the field but I wasn't that happy with any of them. I've included this image in the post as a starting point for what I was trying to make. 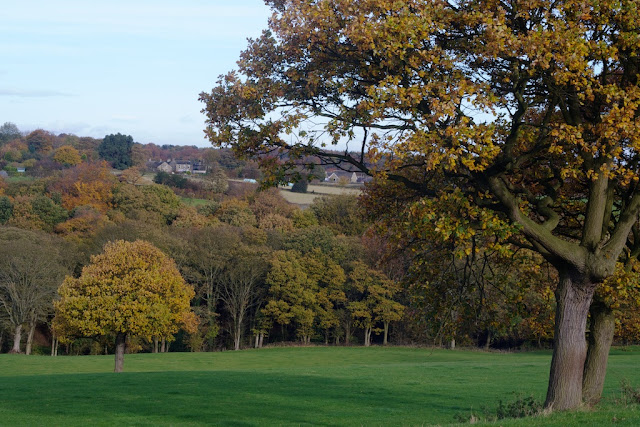 I decided to go for a walk in the woods and then if the light had improved to return to the field for another attempt at getting the shots I wanted. I walked up through the woods and then out to some fields at the top of the hill where there was a crab apple tree with loads of apples around its base. I took a few shots of the apples from different angles and different focal lengths and the two I liked where this one and one that I've used on my Begin Photo blog. 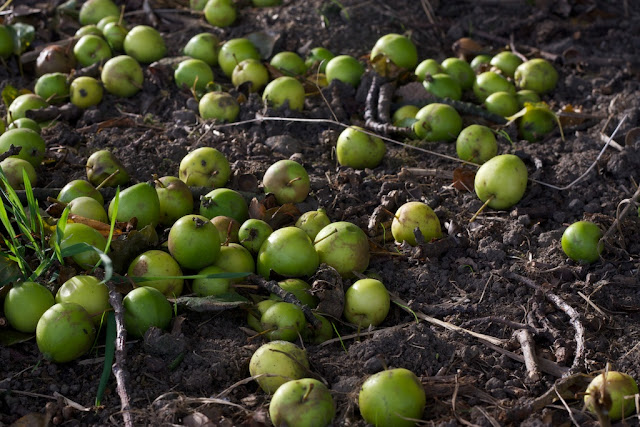 Further around the fields I spotted the head of a bird poking up under a tree in the corner of the field.  I took a few shots and tried to get closer to try and get some better shots. To begin with I hadn't recognised what sort of bird it was but as I got closer I realized it was a young pheasant. As I crept closer the bird had obviously spotted me and had started to make its escape across the ploughed field. There turned out to be three of them making there way slowly away from me.  One of them stopped briefly and opened up its wing before continuing on its way. I'm not sure if this was a way of making itself look bigger than it was but I think it makes a good image of the birds feathers. 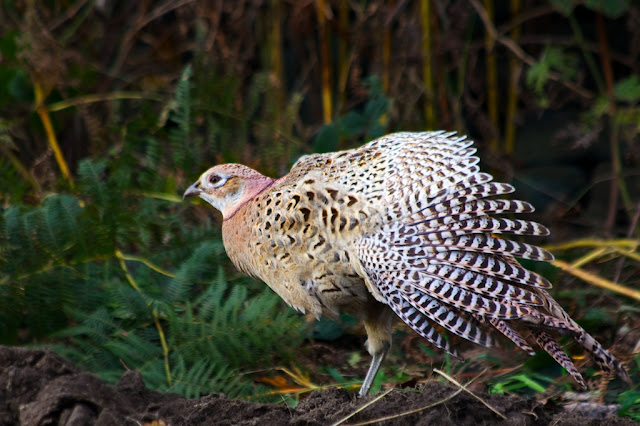 After a bit more of a walk I returned to the field and took this next shot of my favourite tree in the field. Its the one in the background from the earlier photo. I like this shot because the cloud behind it is almost exactly the same shape on the top. 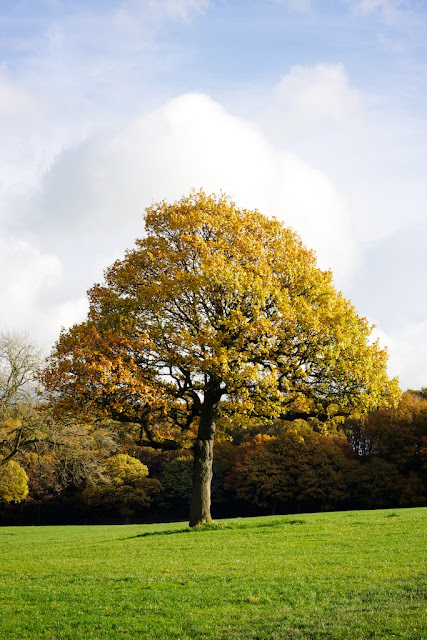 As I took more photos in the field the clouds in the sky continued to get smaller and separated.  I'd swapped my lens to a very wide angle zoom to take this next photo.  It's the same tree again from a slightly different angle and again I see a repetition of the shape of the tree in the clouds behind. There is yet another photo of this tree in my Begin Photo blog taken from a bit closer and again a slightly different angle. I probably took about fifty shots of this tree in the two visits to the field on this day. 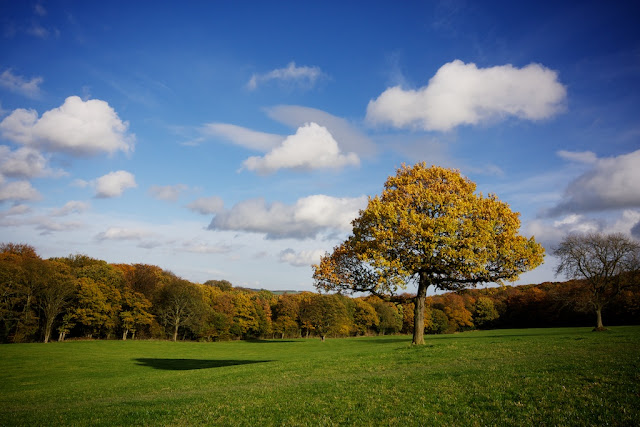 The final shot was taken as I was leaving the woods and the sun was shining very brightly through the trees. Here the ground was covered with a layer of orangey brown leaves which contrast with the greeny orange leaves still on the trees. 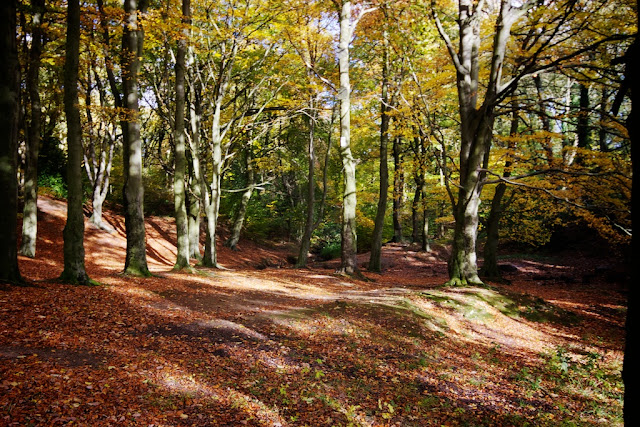 I've taken a lot more photos in the last couple of days and I'll try to post some more before the end of the week.
at November 09, 2010