A Tale of Two Walks Part One

I can't remember whether I've mentioned this before, but my wife is in training to do HACK (Hike Against Cruelty to Kids) at Buxton this year, so we've been in training.  Some work colleagues of hers go on walks a couple of times a year so we signed up to join them on a walk around Kettlewell.  We've never been on an organised walk with other people before, so we were just hoping that we weren't going to be the ones that were constantly lagging behind, especially as many of them were much younger and fitter than us.  As it turned out that wasn't the case and we were pleased to be towards the front/middle of the pack most of the time.  We'd been looking forward to the walk for weeks but the weather forecast on the day wasn't good so we packed up our waterproofs expecting the worst.

These first two photographs were taken at the top of the first hill out of Kettlewell which felt like an almost vertical climb from the car park.  It's hard to tell on the photos but the weather is atrocious, it was blowing a gale on the top of the hill and the rain was hard and very wet. Even with the (so called) waterproofs on I was wet and cold and my feet inside my boots were soaking.  I was having to keep my camera in my backpack with a waterproof cover and just take it out when there was a photo opportunity.  There wasn't much to see of the view, as you can see below the scene is getting quite misty over about fifty feet so the expected view for miles just wasn't there. 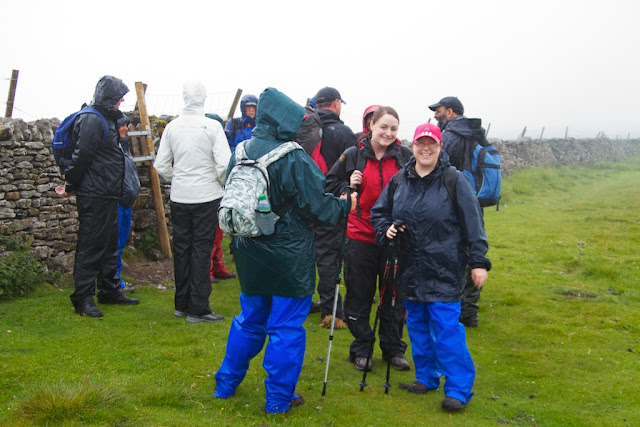 For the group photo I was facing into the wind, as they were keeping their backs to the wind, so I was getting rain splodges on my lens.  While we were waiting for the last people to reach the top we were starting to get very cold so we had to move on and hope they caught us up later. 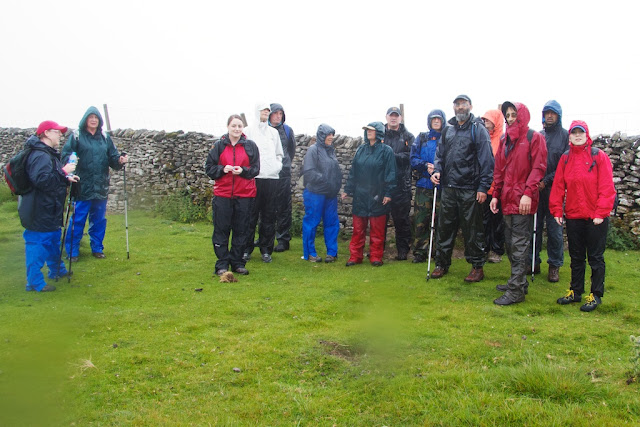 The next part of the walk was downhill towards Arncliffe where the TV soap Emerdale Farm was filmed in the early days.  The group had caught up together on the way down from the top of the hill and we were just setting off again to drop down into the village. 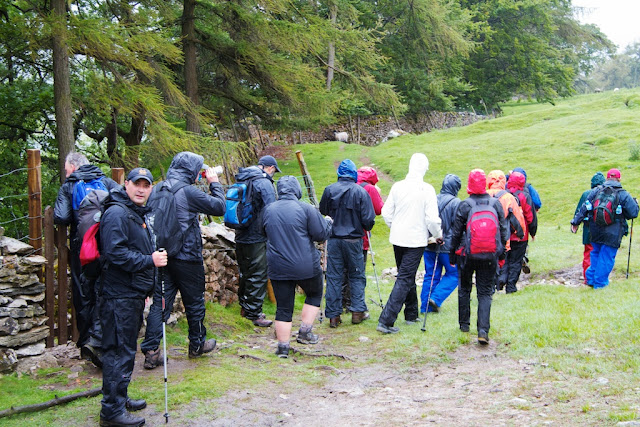 From Arncliffe we followed the river up towards Litton and here we were crossing the river by stepping stones.  Even though it was raining hard today this year has been pretty dry so far and there was little water in the river.  The weather was a bit better down in the valley but it wasn't going to last for long.  I was completely soaked to the skin but was getting the wet suit effect where the water next to my skin was warm from my body heat. 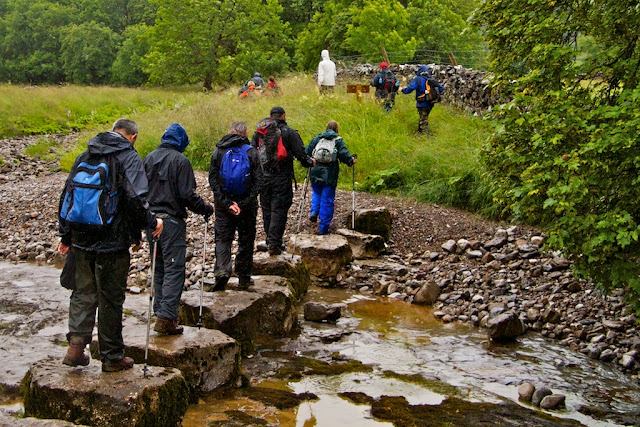 From Litton we went back over the hill again towards Buckden and the weather deteriorated as we went over the top.  On the way back down the hill one of the party was having a problem with her knee so we left a group helping her down the hill and we carried on down the hill to Buckden.  Just outside the village was this lovely big tree at the head of a line of trees in the field.  The weather was starting to brighten up but we were all still cold and wet. 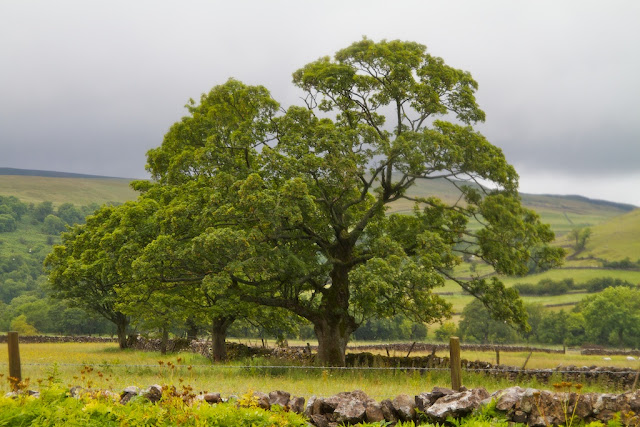 As we reached the village the rain finally stopped and one of the ladies in the team decided it was a good idea to stand in the middle of the road and remove her tee-shirt to wring it out.  Fun eh! 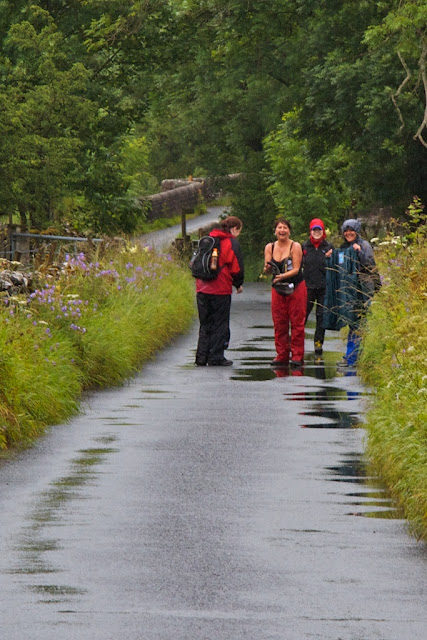 The weather was improving by the minute and it was actually getting quite bright as we crossed the river at Buckden. 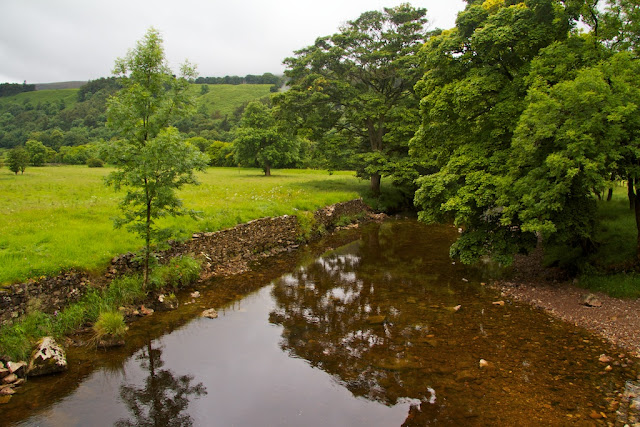 We waited at a cafe for the remaining team members to get down the hill.  The lady with the poorly knees found that she was OK once she'd reached the level ground at the bottom of the hill.  In the meantime her husband had made his way down the valley to Kettlewell and brought the mini bus up to Buckden.  I was quite looking forward to the four miles walk down the riverside back to Kettlewell but the majority decided it was time to abandon the trip and head off to a pub for a hearty meal.

Part two was a very different walk and I'll try to get it posted in the next couple of days.
at August 07, 2011