We had been sent the map for the walk that my wife is going to do for the HACK in early September, so we decided we'd have a go at part of it.  The full walk is around 24 miles so I found a place where we could take a short cut and make a 16 mile walk which took in nearly 10 miles at the start of the hack and about 4 mile at the end with a couple of miles to join the two parts.

We arrived at the start at around 10:30 which is about two hours later than we'd planned because Evey the dog had suddenly started limping the night before so we thought we were going to have to abandon the walk.  All of a sudden in the morning she stopped limping, all we can think is that she'd managed to get a piece of cat litter in her paw and it had fallen out.  We were so relieved because we thought we might have to take her to the vet and my daughter wouldn't have been happy because Evey is her dog and we were just looking after her.

The walk started at Grin Low Cottages where there is a car park and a Caravan Club site adjacent.  The weather was glorious with lots of hazy sunshine and a few white fluffy clouds.  To be honest it was a bit warm for walking but we needed to get in the practice.  The weather was so much different to the walk at Kettlewell in the first part of this blog which had been just two weeks earlier. The walk started with a bit on the flat to get warmed up and then a good hill to climb to almost the height of the Cat and Fiddle pub.  In this first photo we are getting our first view of the pub across the valley on the brow of the hill.  At this part of the walk we were heading away from the Cat and Fiddle but would curve around and head towards it later. 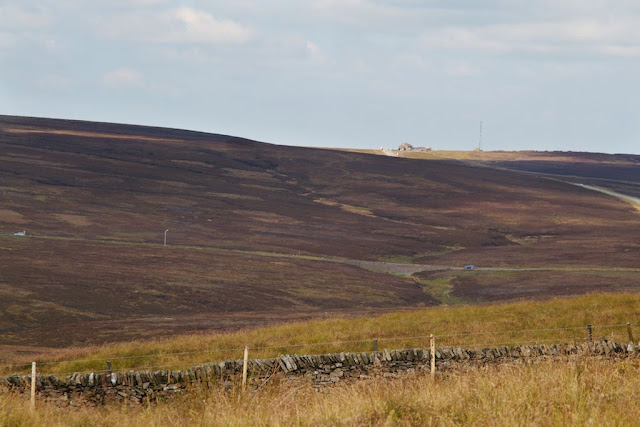 As we continued the walk we came to an abandoned quarry where there had been an old building that someone had made a pile of stones on one corner. 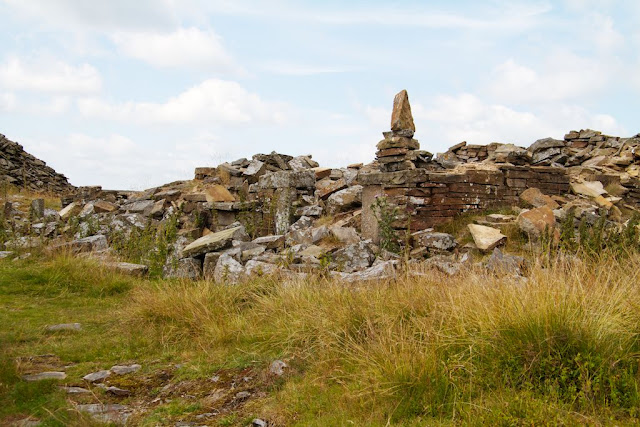 There was a small stream running through the quarry that we needed to cross and here Evey was taking a well deserved drink. 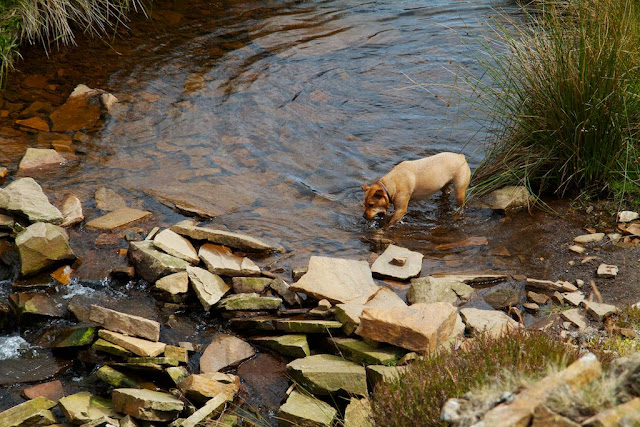 As we climbed back out at the other side of the quarry we could look back and see the piles of old stones with some more of the Peak district hills in the background. 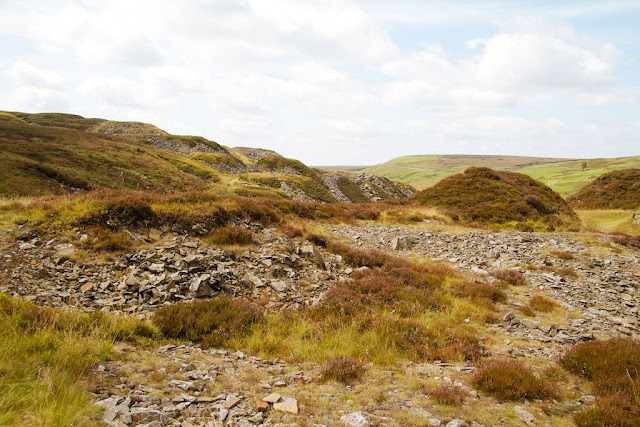 We were now heading towards the Cat and Fiddle and had the wonderful view towards the South with the sun and shadows across the scene. 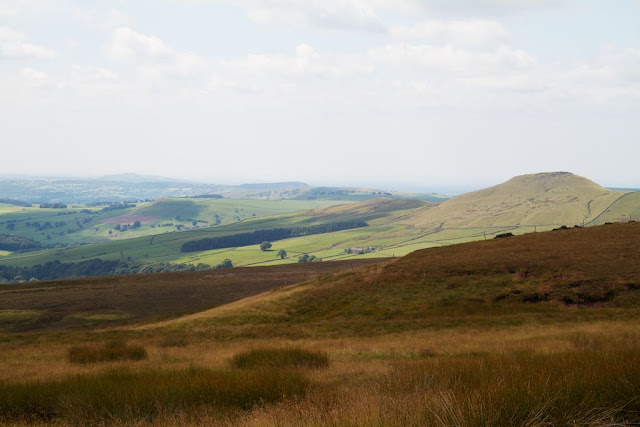 This was our second view of the Cat and Fiddle pub which looked very busy with lots or cars and mini buses in the car park.  We stopped here for a quick break before we headed to the highest point of the walk on Shining Tor.  On the HACK this will be where Checkpoint One will be and the walkers will be able to get more water and refreshments. 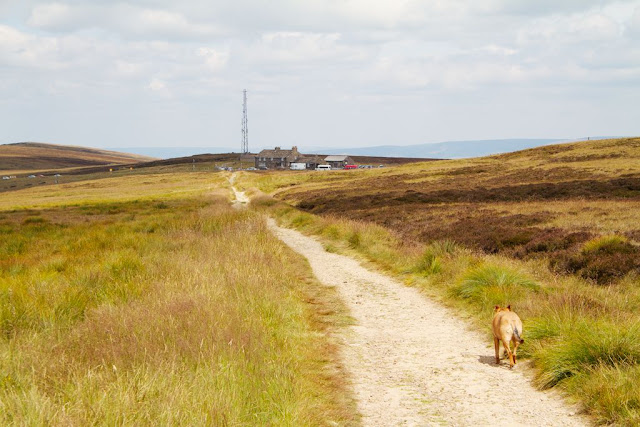 Here's the trig point at the top of Shining Tor where we had wonderful views of the peak district in all directions. 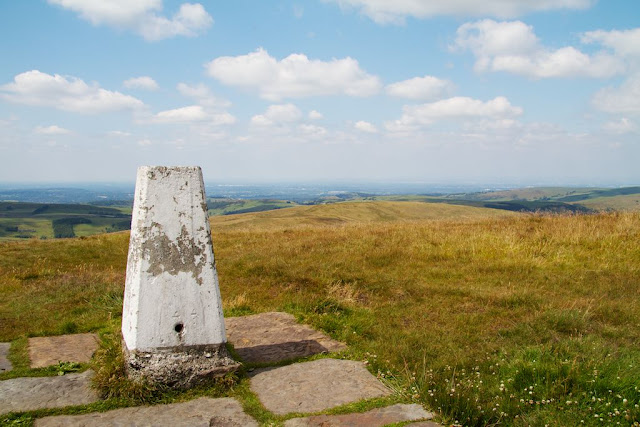 From here we headed towards Cat Tor which you can see in the middle of this photo.  There is a steady hill down and then back up again to get there and it's paved like the Pennine Way that we walk on regularly. 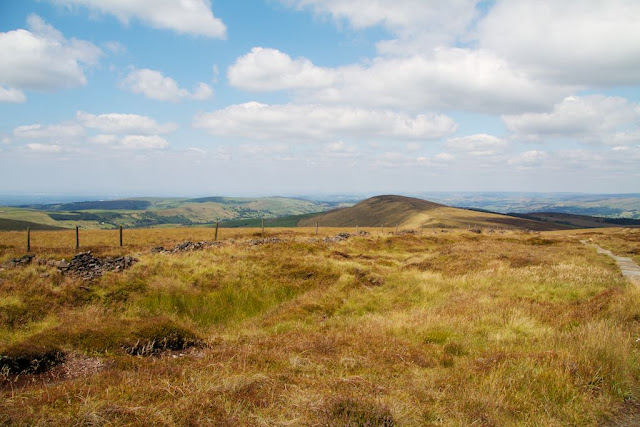 After Cat Tor we go down further to Pyms Chair which is where we cut across to rejoin the main route of the HACK. 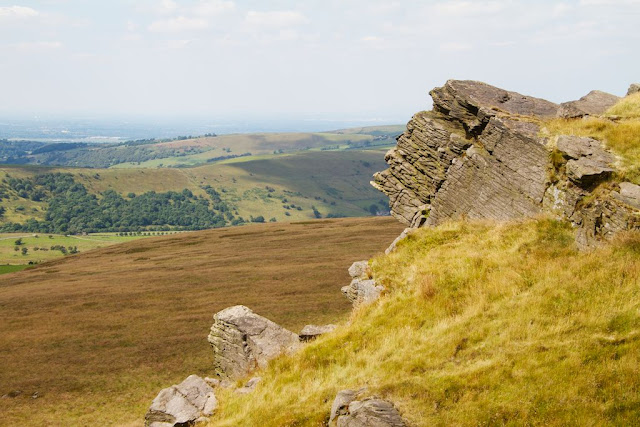 We followed the road called The St. near Pyms Chair down to Errwood Reservoir. 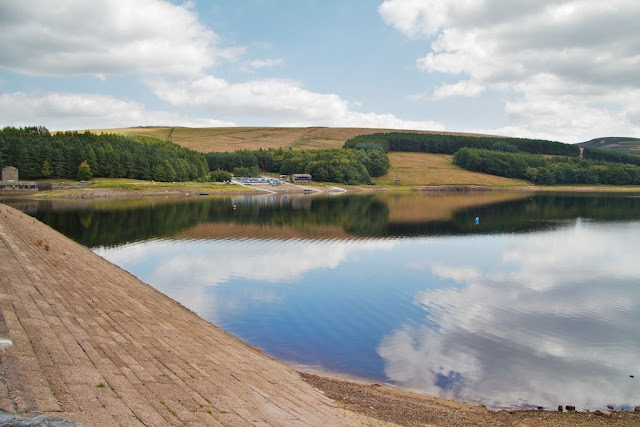 After Errwood Reservoir we rejoined the route at a little bridge over a stream after which there is a fairly steep climb up to where Checkpoint Three will be.  We've missed out Checkpoint Two with our short cut.  After the checkpoint we go along an abandoned railway line which is flat but seems to curve a long way around the valley. 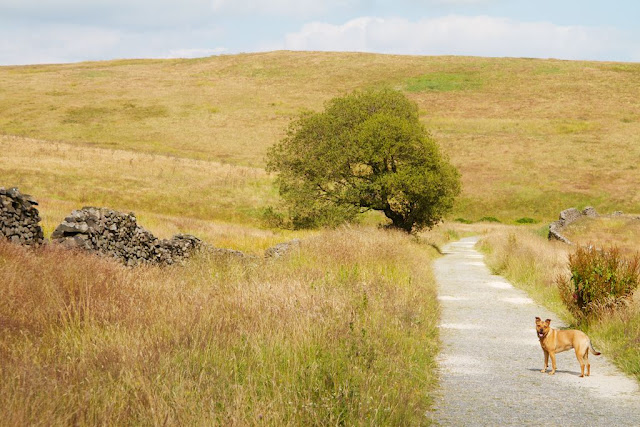 I think the valley was called Wild Moor and there were quite a few people walking on the paths below us.  The railway line ends at a blocked tunnel where we have to climb again to the top of the hill. 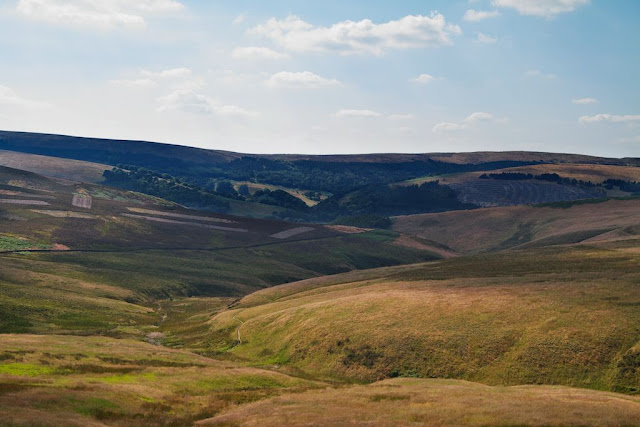 At the other side it is a very steep path down into the village of Burbage where there were some lovely big properties.  This monument and pond was at the bottom of the garden of one of the houses.  Evey was looking across at some moorhens wandering across the lawn and then jumping down into the water. 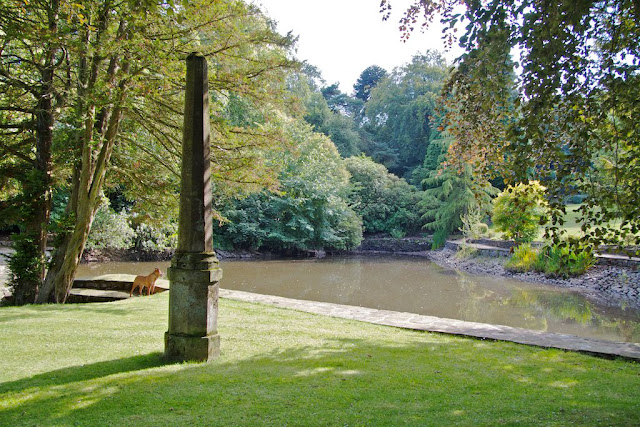 After Burbage we made our way back to the car park and there was one final climb to get over the into the quarry where the Caravan Club was situated.  There were signposts to Poole's Cavern and Solomon's Temple but we may visit them another time.  After 16 miles up and down the hill in the heat we were ready for going home.
at August 12, 2011