Making of Windmills at Sunset Movie

While I was making the time lapse images from the previous post, I had my other camera out taking more photos.  It can be quite boring waiting for the time lapse photos to be made as there were around 450 shots at a three second interval making almost 25 minutes.  The resulting movie was 38 seconds at 12 frames per second which is probably a little too long as 30 seconds is about the optimum.  I suppose I could have trimmed the end because it was quite dark and nothing interesting was happening.

We had been out during the day and arrived home just as the sun was going down.  I had to rush to get all my equipment out and ready to use, get changed into my photography gear and drive out to where I wanted to make the movie.  Someone had put a gate on the field that I wanted to be in so I had to set up on some rough land  a hundred yards further along.  This meant crossing a boggy area which was partially snow covered so I ended up with very wet feet when the snow I was walking on gave way and dropped me into some six to nine inches of freezing, dirty, smelly water.

While I was setting up the tripod and camera my glasses dropped from my head but I didn't pick them up straight away as I didn't need them for the moment and I was desperately trying to get the camera clicking away before it was too late.  When I did go to pick them up I couldn't find them because they'd disappeared into the weeds and it was getting dark.  Also the piece of gear that I forgot to pack was my torch so I was getting a bit panicked.  I found them eventually but I was really worried about standing on them especially as I'd only just picked them back up rom the opticians after getting a new lens in them.

Fortunately I had set up the timer on my camera before I left home so I just needed to get it started and then leave it while I wandered about and took other photos.  This first photo was taken well to the right of where my other camera was set up and is a closer image of the tree and windmills. 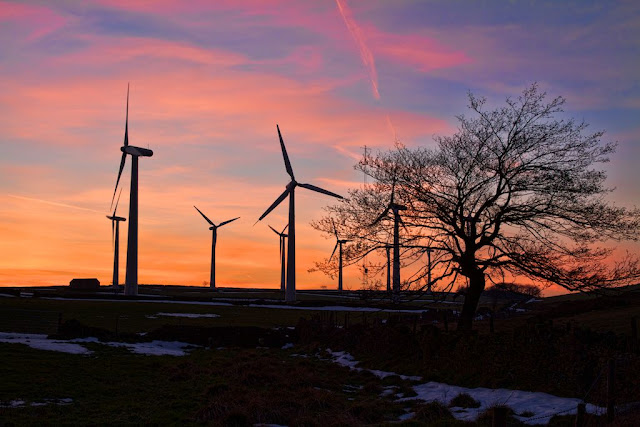 This next image is a closer image of one of the windmills as a plane went overhead.  In the movie there was a couple of planes fly by near the start. 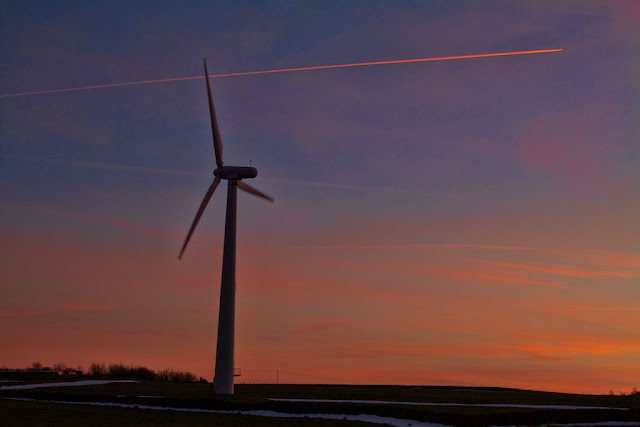 The next one is looking to the left of the other camera towards some more trees and the nursery on the horizon. 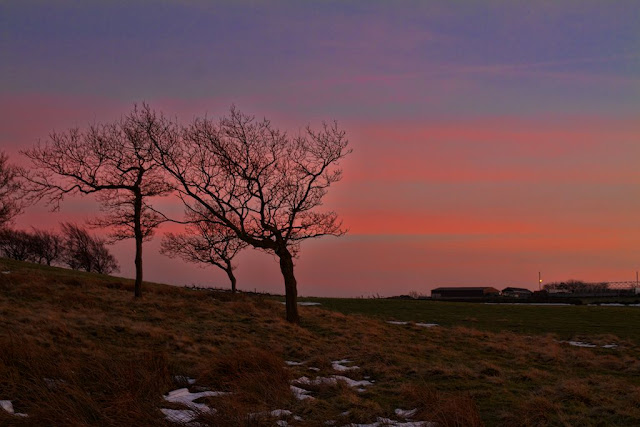 The next photo is of the tree from the movie again but the windmills on the right and some big new ones that were constructed last year.  Originally there were 12 windmills in two rows of six, then three big ones were built at the pipe works to the North of here and then another four big ones in the next couple of fields from the originals.  The ones on the right of this photo are about twice the size of the ones on the left but are further away so look the same sfrom here. 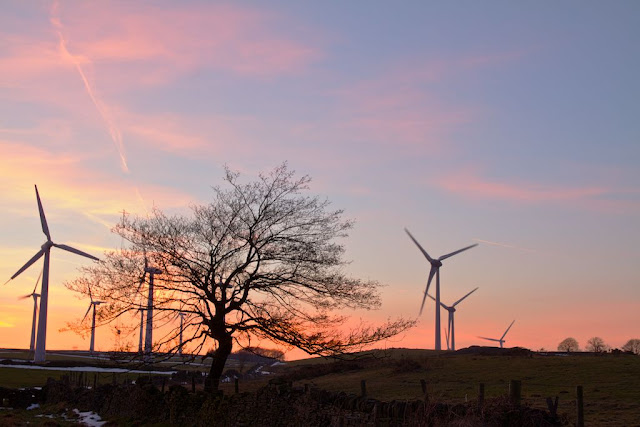 I decided to take a shot of the camera making the time lapse photos and thought it would be good to have the subject of the time lapse in the background.  I took the photo as the camera was reviewing an image so the display on the back shows the image, this histograms from the shot and some of the settings.

It was a way through the time lapse and was getting darker so you can see the histograms are all well to the left.  The settings show the aperture set to f6.7, shutter speed at one sixtieth of a second, the camera is on Manual and I'm taking small jpegs.  I didn't think it much point using any bigger images as the movie would cut them down smaller anyway and it speeds up the process of creating the movie. 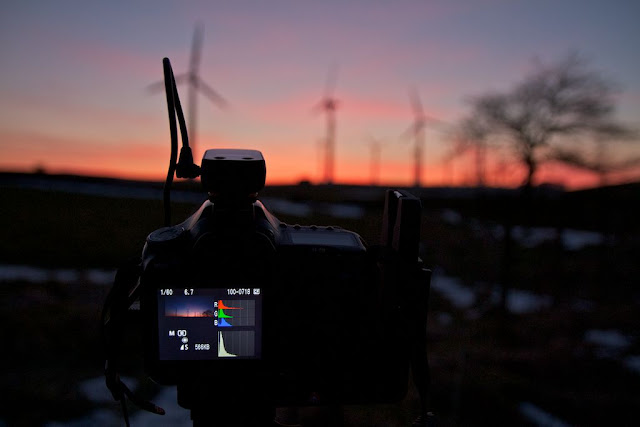 On this next shot I used the flash so we can see more detail on the time lapse camera.  The bit on the top of the camera is the receiver which actually fires the camera shot using the cable into the left hand side.  The transmitter was in my pocket and was controlling the interval of when the camera was to take the shots. I had put the L clamp on the camera because in my rush I couldn't find the standard quick release adapter to my tripod.  I quite like the clamp because when I'm using the tripod I can quickly swap between portrait and landscape, although for movies it's best sticking to landscape orientation. 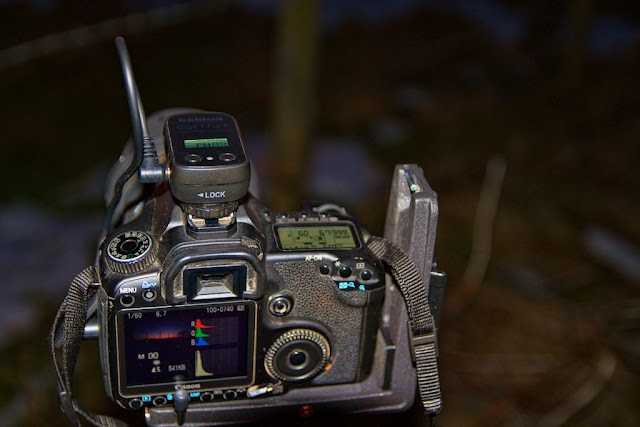 Last photo I took was as I was getting back to my car and it was fairly dark by now.  The camera exposure setting and post processing make it look a lot lighter than it was and also adds a lot of saturation to the photo.  It really makes the sky look nice. 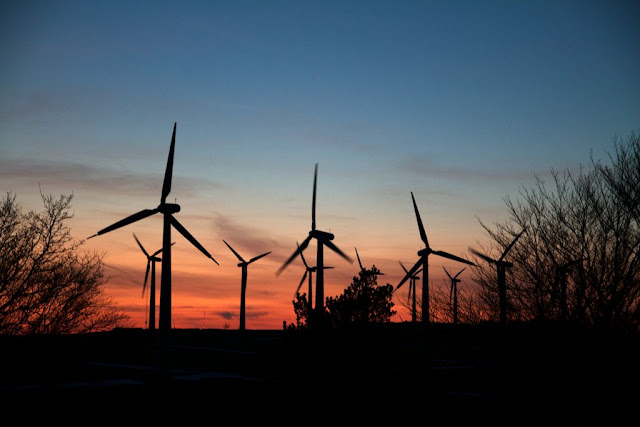