It's been a while since I posted but I've been tied up with setting up my new laptop.  I had considered buying a new desktop machine but after a lot of indecision I came to the conclusion that a laptop would give me more options.  I'm keeping my Imac as a file server and I have my backup drive connected to it most of the time and just swap to having the drive connected to the laptop when I'm transferring a quantity of data.  I haven't completely figured out my workflow with my photos as yet but I want to make the libraries on the laptop quite slim as it only has a 256Gb SSD so I'm deleting a lot more of my original files than before.  It's probably good practice anyway as I'm guilty of keeping hundreds of gigabytes of files that I will never access ever again.

I hadn't realised how many bits and pieces I had on the desktop until I came to get everything set up on the laptop.  I've had to upgrade the operating system on the desktop too so that I am able to take advantage newer system facilities and newer versions of my software.  In the process I've also had a look at a few different pieces of software and may end up purchasing additional software.  I've also bought a new camera bag which will accommodate the laptop as well as my camera and lenses for when I'm travelling.  So that's my excuses for not posting anything for a few weeks, but now I think I'm back on track.  Saying that I haven't made many new photos recently so I will dig up some more holiday photos from last year in the next posts.

But for this post I have some photos I made of the flowers that my wife received for Mother's Day.  The first photo is the main display with the mix of tulips and daffodils a couple of days after they arrived.  When the flowers were first arranged none of the daffodils had opened so I waited until there were a few open but still mainly closed.  This photo also includes the card that came with the flowers and some of the paperweights we have displayed in the lounge. 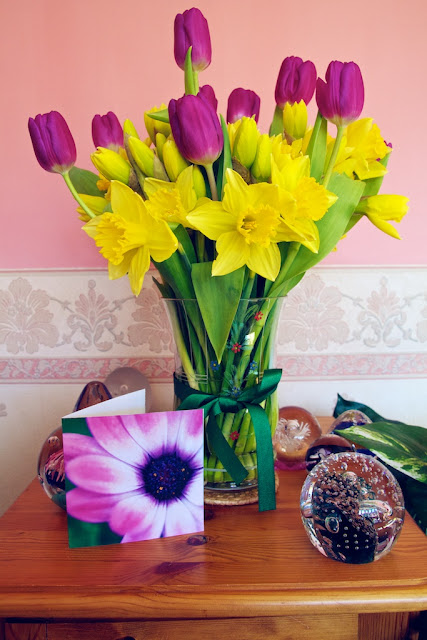 In the second photo I have gone closer to the flowers and cut out the other features from the first photo. 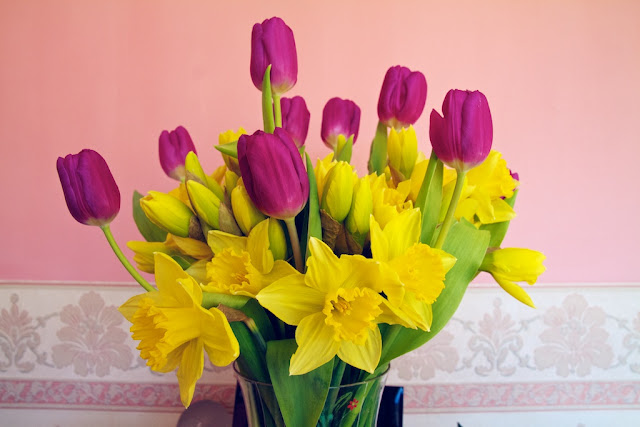 In the third photo there is a separate vase with just tulips which is on the top of one of my speakers in the corner of the lounge.  There were lots of spare flowers which didn't fit into the first vase so there are some daffodils on their own too in the last photo of this post.  This image also features a photo of my daughters from around twenty years ago in their pretty sailor dresses.  That seems a very long time ago. 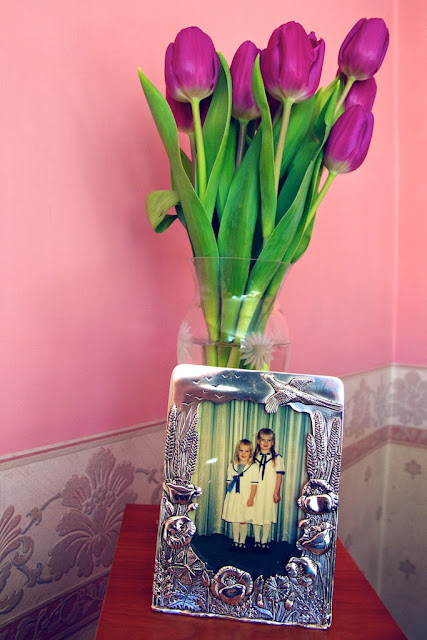 As with photo 2 I've gone in closer to concentrate on the flowers and remove all other distractions.  I also went for a square crop as it just feels better to me for this one. 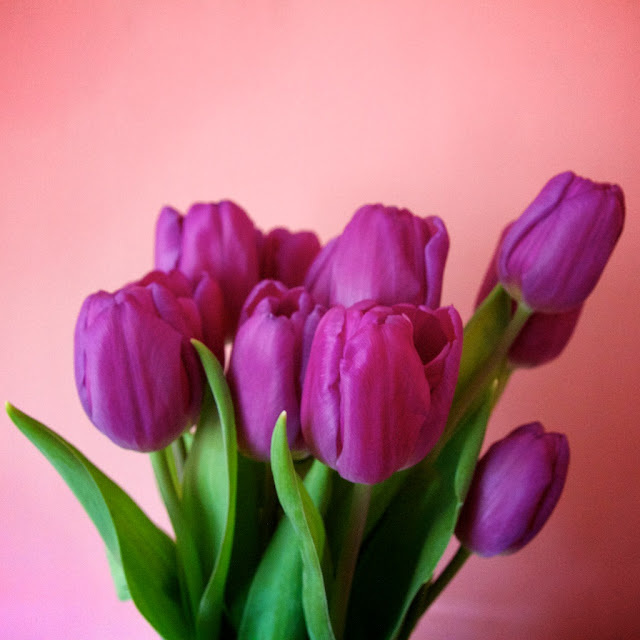 Back to the original flower display but from a different angle which adds more of the lounge into the frame.  I was aiming to get some more depth into this image and put the flower display into context. 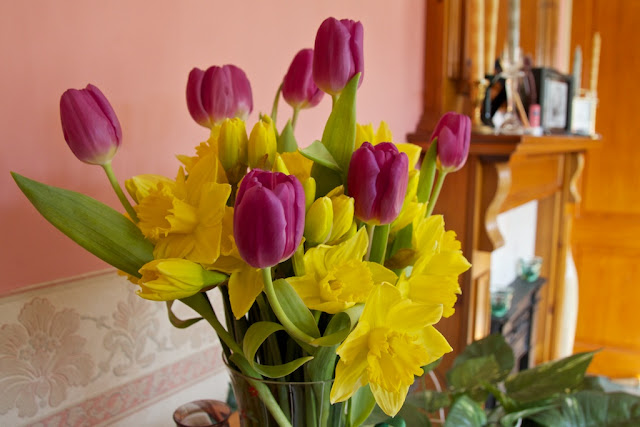 From a different angle again this time getting the little african figures in the background which are on top of the other speaker.  I feel I need to make some more images of these figures as I haven't done that for quite a while and they make great subjects.  I'll put it on my list for when I get some more spare time. 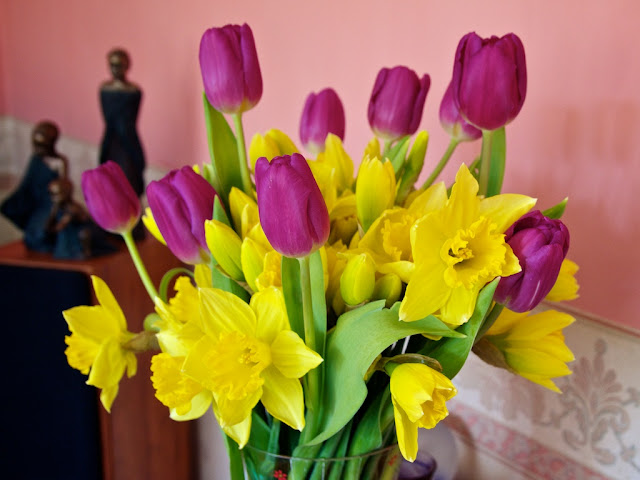 Finally the daffodils in the other vase which is in the bay window next to decanter.  I tried to go in closer on this display too but I wasn't satisfied with any of the other images so I haven't posted them.  I was trying to get an image of the flowers through the stopper on the decanter but I had issues with a very bright sky in the background.  I guess I should have moved them to somewhere else to take the photos I wanted, but I didn't so I missed out on this opportunity. 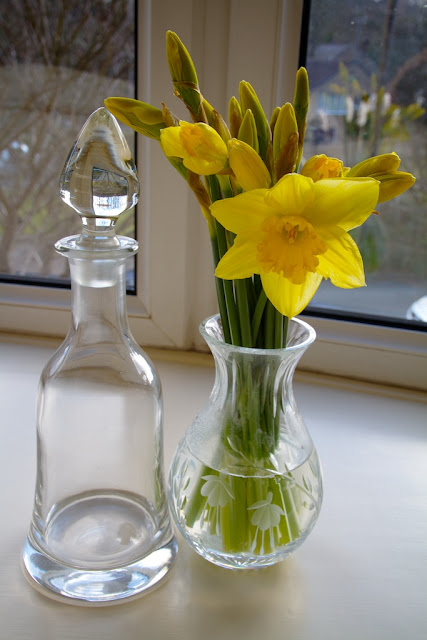 So this is my first post from my laptop, hope to ramp up the frequency a bit as now I don't have to move into the study to compose the posts.  Although I have started a separate project which is also taking my time so no promises.
at March 20, 2013