First Day in Eire, the cottage near Durrus

The week before last we went to Eire for a weeks holiday with some friends.  They had booked the cottage, it was one they had been to before and it was very nice.  The journey to Eire was quite good as all of the roads have been updated in the last few years and there's the speedy ferry from Holyhead to Dublin. So instead of taking a very long day to get to Durras we were there in less than ten hours.  The weather had been good for the journey and I was rueing the forgetting of my sun glasses for driving.

We were going out to a local restaurant for dinner so after arriving and unpacking our stuff I had a little time to take some photos.  The light was quite nice as the sun was well on it's way down and the shadows were getting long.  In the garden was a rustic looking rock which I thought would make a great foreground subject.  I took quite a few shots from different positions but settled on this first image as the pick.  The trees and grass in the near mid-ground with a stretch of Dunmanus bay behind and the mountains of the next peninsular in the background. 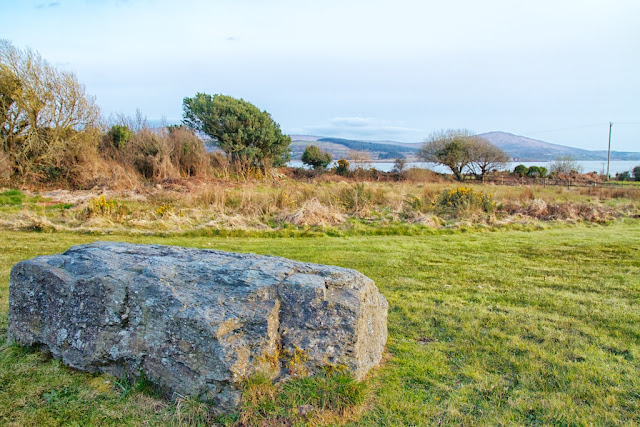 The rest of the shots in this post are of the cottage.  The first is from the front which shows the stages of the building.  The left hand side is the original part with the second floor windows in the roof space.  The first extension is the kitchen and on the right is the conservatory.  The sun was reflecting from the windows and lighting up the stonework wonderfully.  The sky was still nicely blue with the fluffy white clouds over the roof. 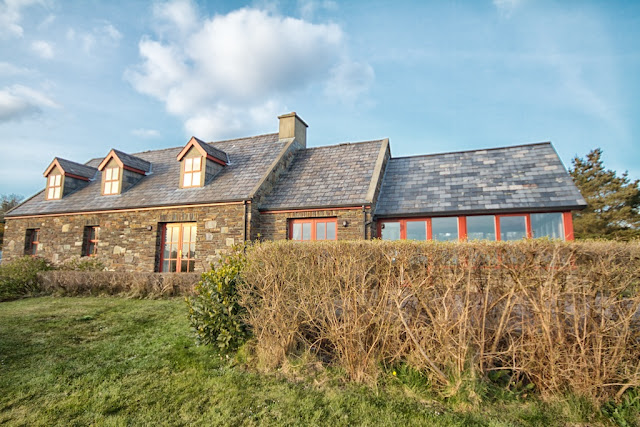 In the second shot I moved around to the left of the cottage and closer into the garden area.  This time the sun isn't reflecting as much from the windows.  In the background is a hint of the bay again and the mountains beyond Durrus. 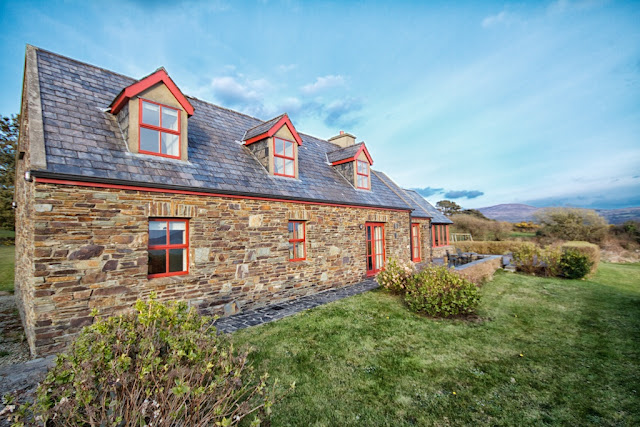 Next a much wider shot across the front of the cottage with the bay to the right and the mountains in the distance.  The sky is showing a layer of hazy clouds coming in from the south which will thicken and hang around for most of the week.  I've tried to use the hedge as a leading line towards the mountains but I'm not sure if it worked too well. 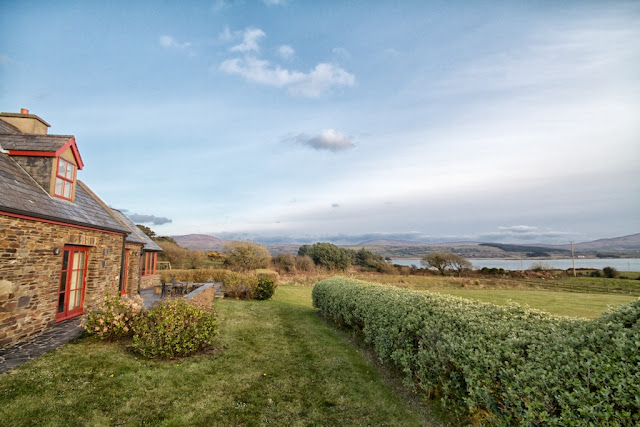 I stepped back a bit and took in more of the cottage including some of the end wall.  I felt the colours and textures of the stonework was amazing, particularly in the evening sunshine. 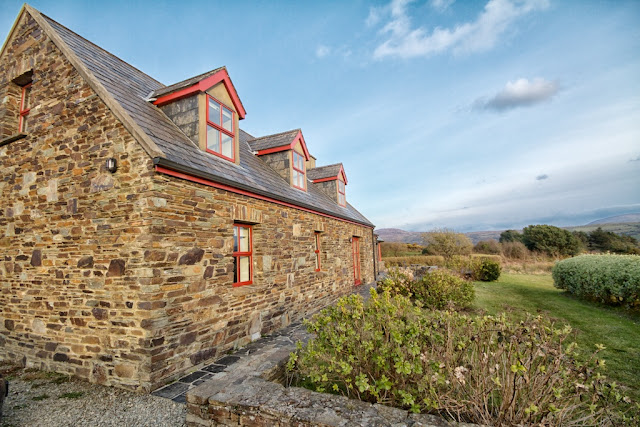 The next day there was a big change in the weather and my next post will hove a lot more photos of where we went on the Sunday.
at April 22, 2013