Last week I drove my daughter to Kendal and took the opportunity to take some photos while she was working in court.  The weather forecast had predicted good weather and although it was quite warm there was a variable amount of cloud cover in the few hours I had available. I had a bit of time by the river and I will post those photos later but for this post I will just show the ones I took at the castle.  It was a bit of a climb from the river up to the castle and the sun was out and I was very hot by the time I reached the castle.  As usual a big black cloud moved across the sun soon after I started to take some shots.

This first shot was as I approached the castle and although the scene was well lit by the sun there was quite a lot of cloud in the sky behind the castle.  I quite like the way the fence leads up from the stones on the right side of the picture up to the bigger bits of castle on the left.  I tried taking some more shots from nearer the stones and following the fence but the sun was straight ahead and I wasn't happy with the results. 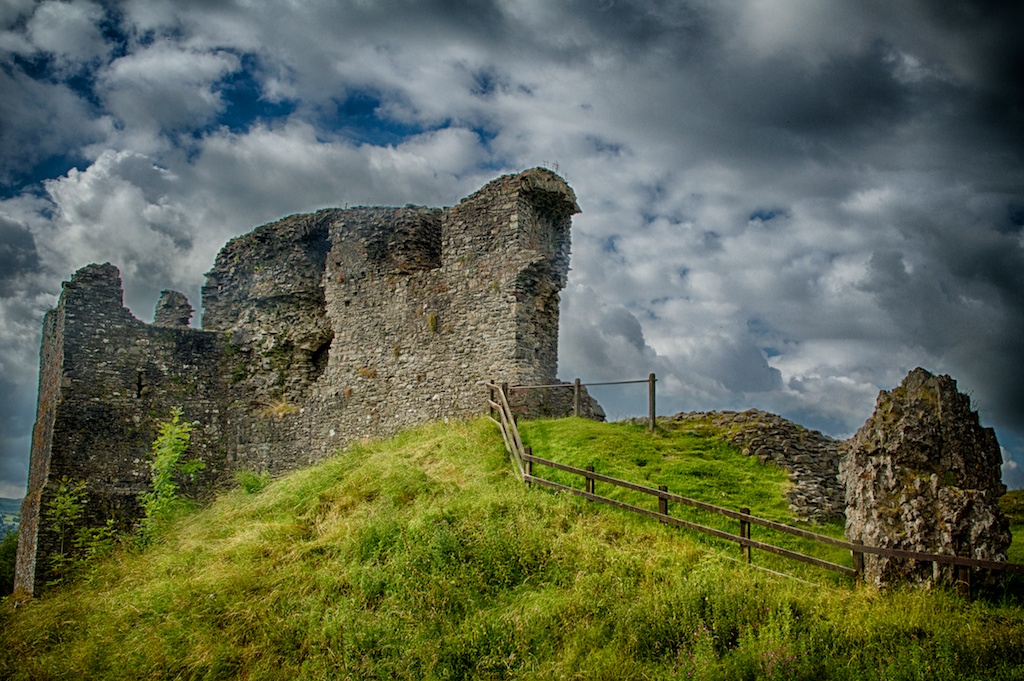 I wandered about the inside of the castle for a while taking photographs but the lack of any good light made them disappointing.  Finally the sun came back out while I had my fish eye lens on the camera and I took this shot.  I love using the fish eye for some landscape shots because it's possible to get really close to the subject but because of the wide angle the shot also includes a lot of the background.  The distortion of the fish eye could be straightened out using software but I actually like how it curves the background around the subject. 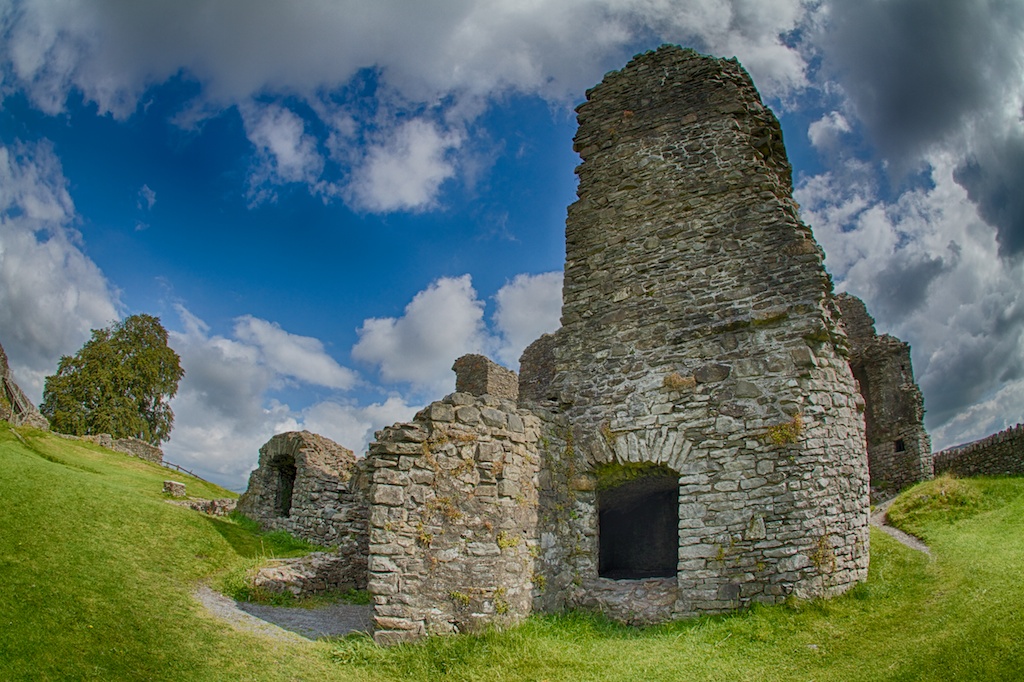 Here's another fish eye shot where I am close to the wall and using it as a leading line towards the building.  The distortion in the majority of the shot is less because I was holding the camera level with the ground.  I had to wait a while before the sun came out again for this shot but the clouds were starting to clear quite nicely by now. 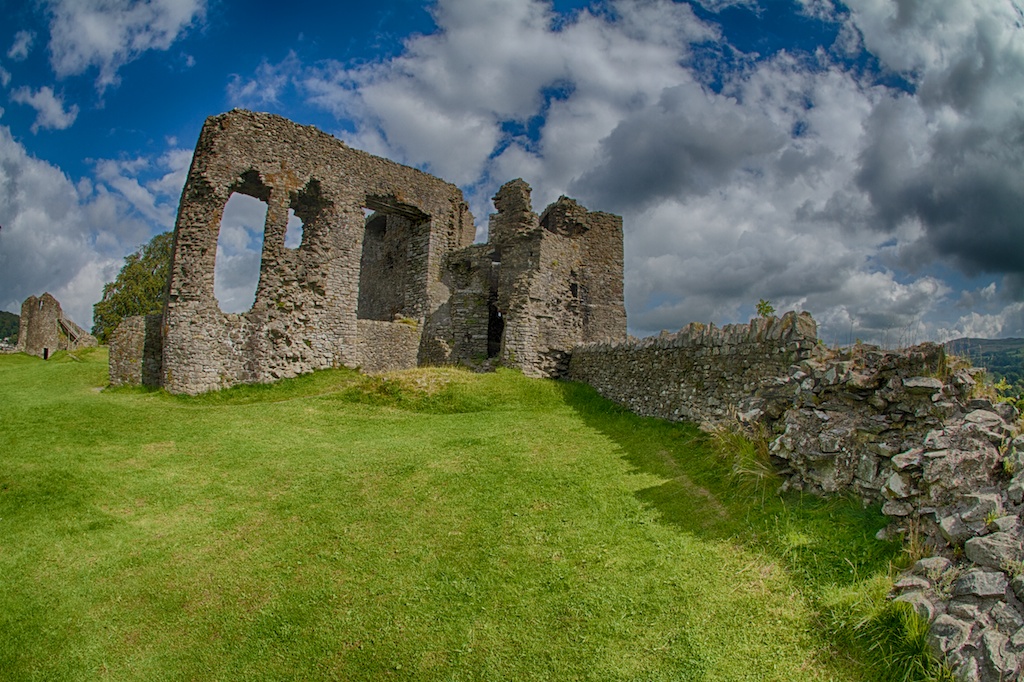 I moved very close to the building for this next shot as I was still using the fish eye.  The distortion is more prevalent as I was pointing the camera towards the ground a little which makes the edges curve upwards. 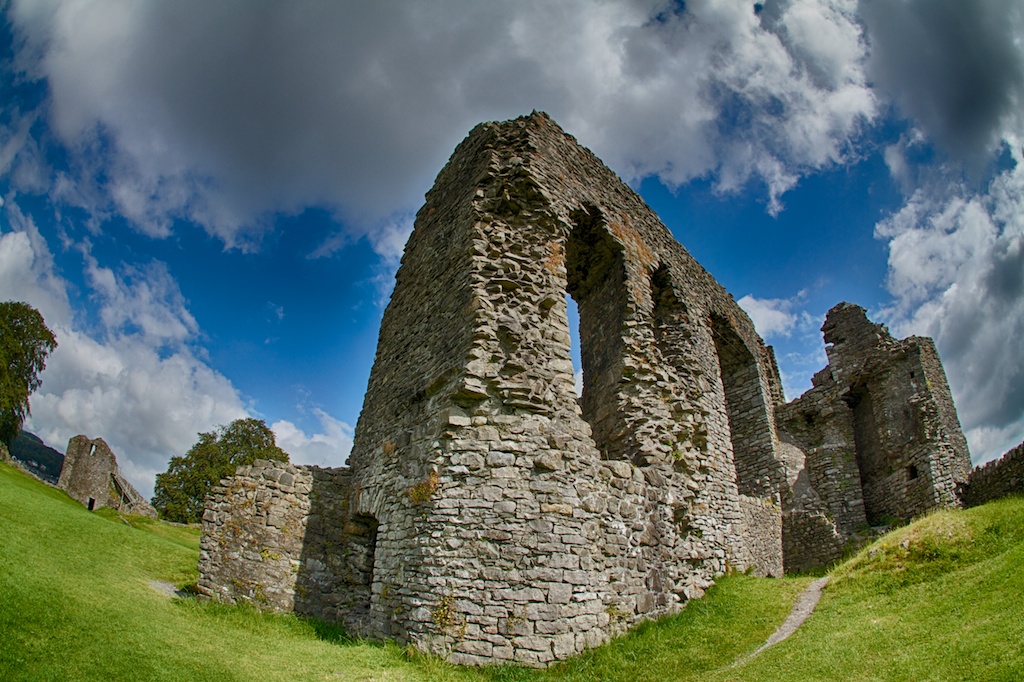 Next I went outside the castle and headed around the back of the building I had been shooting.  I had changed the fish eye to a normal standard lens as I was further away from the subject.  Here I was well below the castle and got a sense of how imposing it would have been for any attackers when it had been in use as a defensive building. 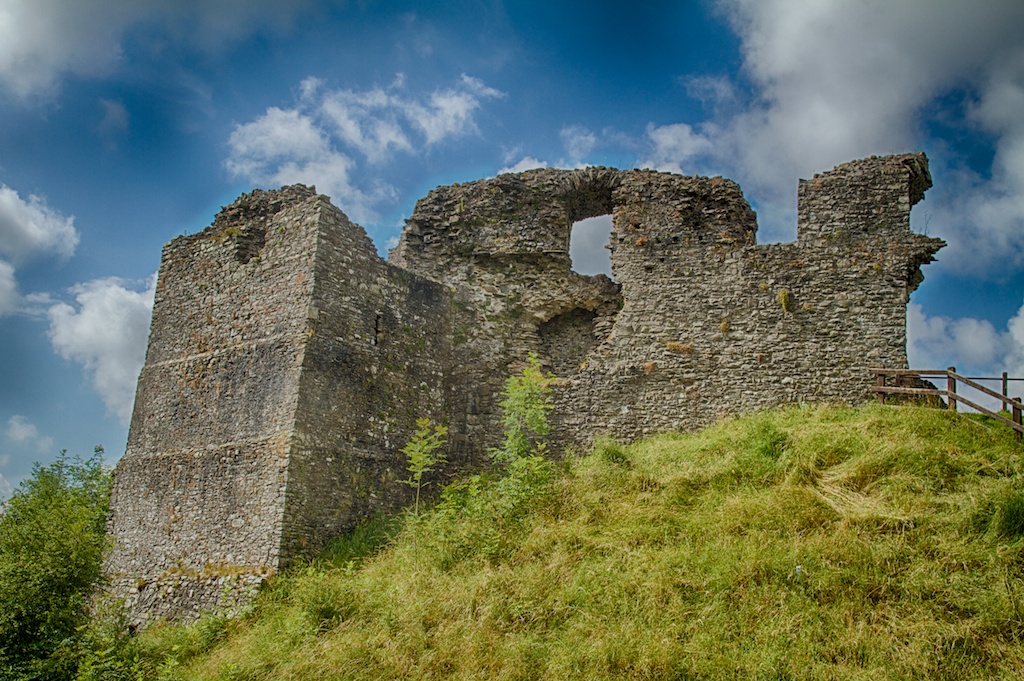 After this I headed back down the hill to the river where I took some more shots.  I promise I will post more pictures from Kendal soon and I will also make a report on my first showing of a couple of my photographs at the Holmfirth Art Week Exhibition, which is quite exciting for me.
at July 26, 2014