Evey and I got up early to go to the Yorkshire Dales for a long walk and take some photographs. I hadn't decided exactly where I was going to go but decided to drive up the valley from Bolton Abbey until I felt inspired. We ended up parking at Grassington at about 7:30. It was still a bit dark and the tourist office wasn't open to get some ideas for routes so we just headed down the river towards Burnsall. There are more photos in my gallery but here are a few to get you started.

A little way down was the stepping stones across the river to Linton Church. The water level was a bit too high to cross so took this photo instead. 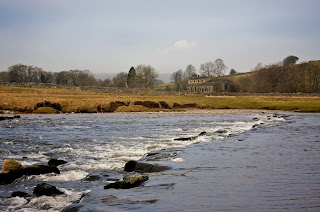 There wasn't much else to photograph on the river except for a cove just befire Burnsall and then Burnsall Bridge. I took a better photo of the cove on the way back. 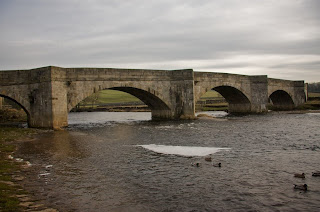 After Burnsall we carried on to Appletreewick and then climbed up the hill to a place called Bibble Bridge. From there we took a different route that took us past some old barns and then back down the hill to Burnsall. 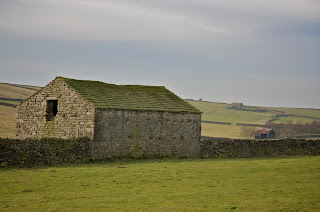 Took more photographs of the cove on the way back to Grassington. 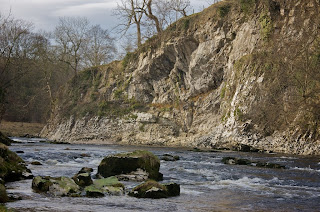 When we reached Grassington there were some canoeists going down the rapids and under the bridge. 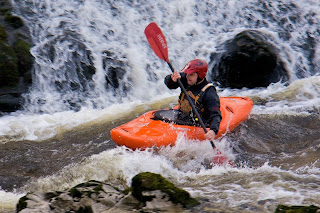