I've been off work a couple of days, not very well.  I'll spare you the details but just to say I didn't want to be too far from a toilet.  I was feeling a bit better today so I spent some time trying to get some more pictures of birds in the garden.  As usual the weather is dull and overcast but I persisted.

The first picture is one of the many great tits that come to visit.  He's sat up high in the tree looking at the other birds feeding in the lower branches. 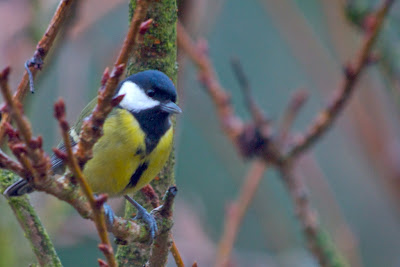 The next is a less frequent visitor who seems quite reluctant to use the feeder or go near the fruity balls.  Here's a chaffinch even higher up in the tree looking quite aloof. 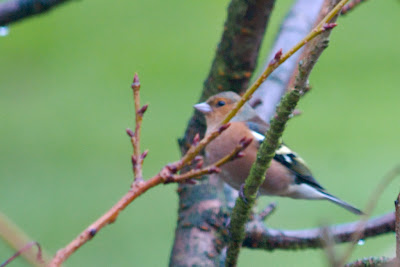 We also had a quick visit from a bigger brown bird (BBB) which I think is a thrush.  It was over in the other tree so not a very good image at all. 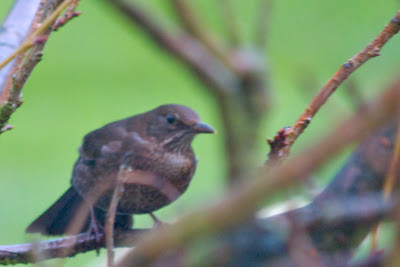 Yet another little brown bird (LBB) but this time with a nice white breast.  I think it might be a female or juvenile finch, maybe a goldfinch. 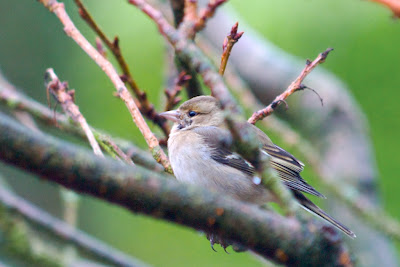 In the next image we have a great tit and a blue tit sharing a fruity ball. 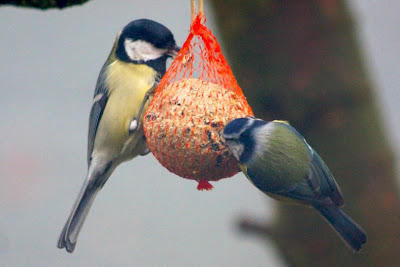 Now this next image, it's exactly the same as one of the images in the last post, but is it the same bird as the image before the last.  If it is then I'm pretty sure we have a juvenile goldfinch. 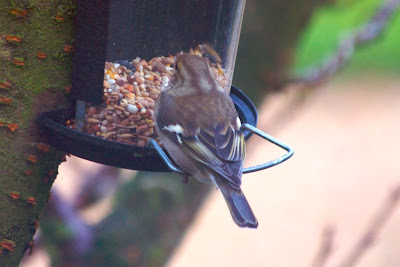 This time we have a couple of blue tits sharing the other fruity ball.  The tree was really busy at this point, must have been eight or nine birds on the feeder, the fruity balls and sat around waiting for a turn. 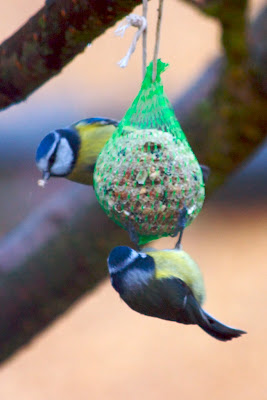 Yes, another LBB.  I think it's the same one as a couple of posts ago which I decided was a female robin. 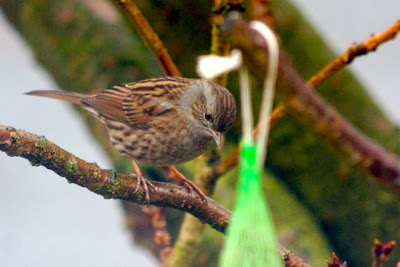 Maybe this is the partner. 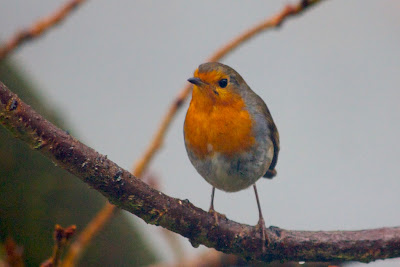 The sun came out very briefly when I caught this blue tit on the fruity ball on its own... 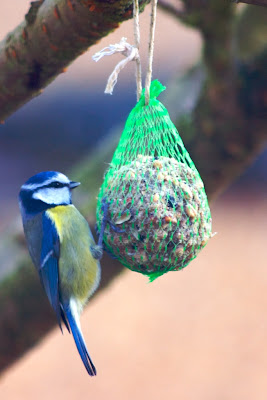 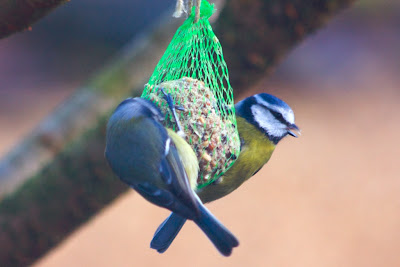 Then my friend the jay came back.  He'd been here earlier when it was very dull so I didn't get any good photos of him then. 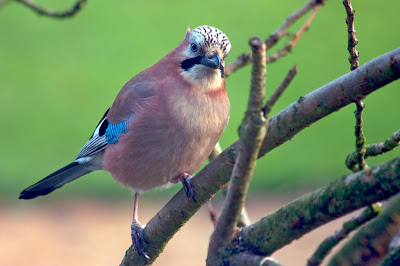 He had a strange method of getting food from the fruity balls by lifting them up with one foot to peck them.  Didn't manage to get a photo of him doing that, but I'll keep an eye out and see if I can catch him doing it again. 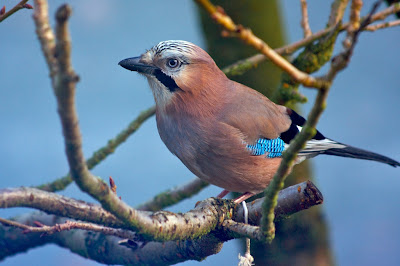 Lovely pic of the Jay at the end - he looks like he's just about to say something!