Here are a few photos out of my windows this morning.  The first one was just before 8am when the snow was still falling quite hard.  The streetlights are giving most of the scene an orange glow which is contrasting well with the bluish haze in the background.  Unfortunately there's a bit of reflected light from inside the house but that's one of the problems with taking photos through the glass. 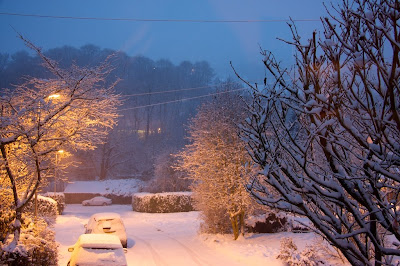 About half an hour later I took the next three photos with my very wide angle lens.  The first from an upstairs window and is taken down the close and across the valley.  The sky is still full of snow in the distance. 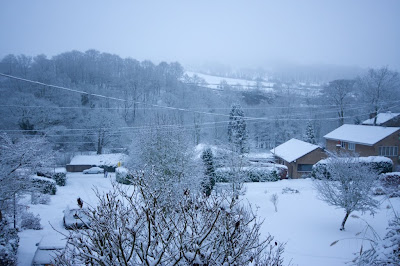 The second is looking straight down into the garden.  All the area that I cleared  yesterday afternoon is completely covered again.  We're going to clear it again so we can move my car out of the way and get Lynne's car out so we can pick up my daughter from the railway station. 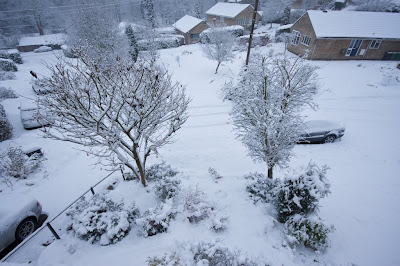 The last photo is my back garden from the bedroom window.  Might take some more later. 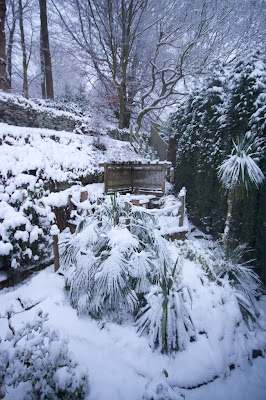