The first image from Serrant is the first view of the chateau as you leave the visitors payment desk.  This is effectively the side entrance where you would go on the bridge over the moat and through the smaller set of gates and into the courtyard.    The weather was lovely but at times a little too harsh for decent photos.

As we crossed the bridge over the moat at the side gate there were some big fish swimming about below us.  This one was very excitable and looked as if was trying to get out of the water. 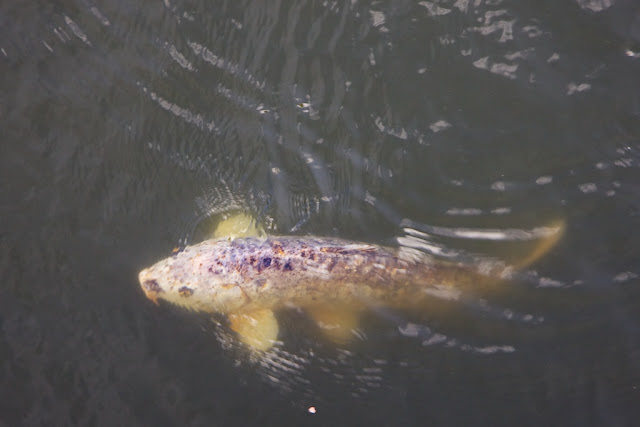 Once inside the courtyard we had this wonderful view of the main gate which had a straight drive down to some more gates onto the main road.  At either side of the drive was a stretch of lawn and then a few avenues of trees all in straight lines. 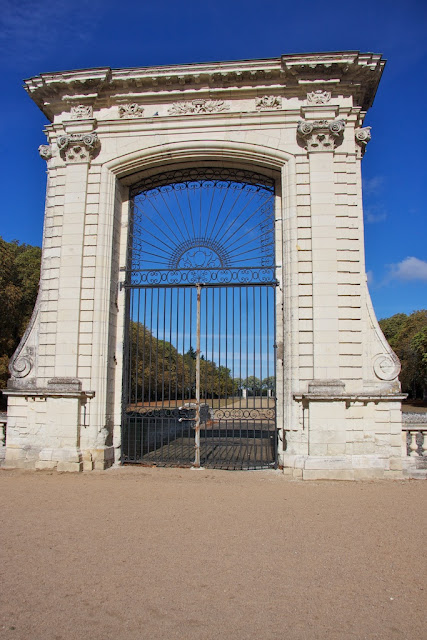 We waited in the courtyard to join the guided tour around the inside of the chateau.  The tour started in some dark passages through the cellars where we were shown the original wiring from when the chateau first got electricity.  It looked quite scary but it's all been replaced by modern circuits because it was dangerous.  The tour then went around the kitchens which were also in the cellars where we saw some amazing old kitchen equipment.  Then up the stairs through the dining room, library music room and then up more stairs into the bedrooms.  There were some amazing things in there but I wasn't allowed to take photos so nothing to show here.  I could have bought some postcards or a guide book and scanned them but it's not the same.
After the tour we went to walk around the lake where we had some wonderful views of the house reflected in the lake.  I love the clump of trees beside the lake and you can just see at the other side of the trees are some steps down to the water.  I guess they would probably have had boats on the lake at one time. 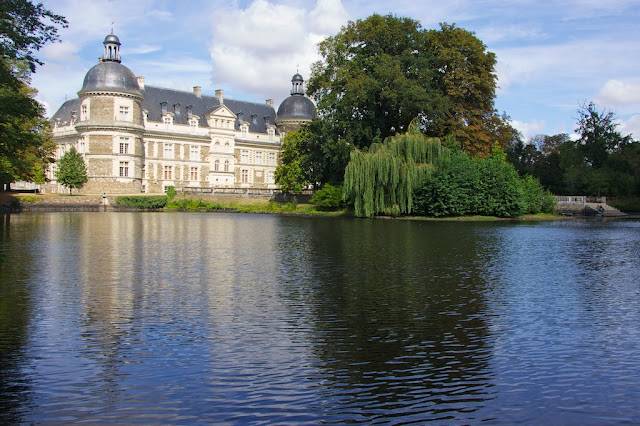 It wasn't possible to walk around the lake as it was fenced off so we had to head back towards the house where I took this next shot using some of the trees around the lake to frame the shot. 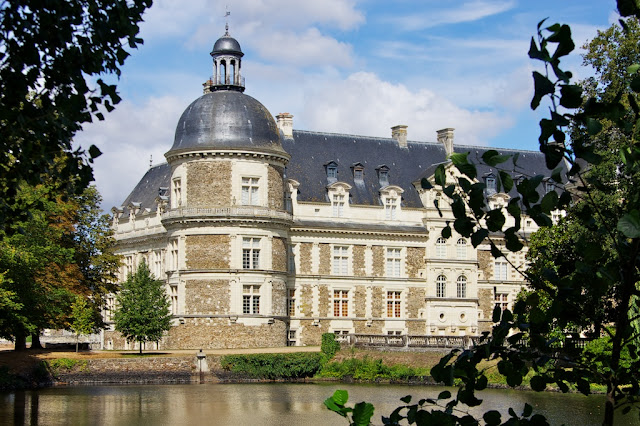 It's quite odd how, what effectively is, the back of the house was much fancier the the front. I suspect people living here used to spend more of their time at this side of the house by the lake.  There were probably some lovely formal gardens down each side of this path but now there is just grass.  Directly behind me when I took this shot are the steps down to the lake that I mentioned earlier. 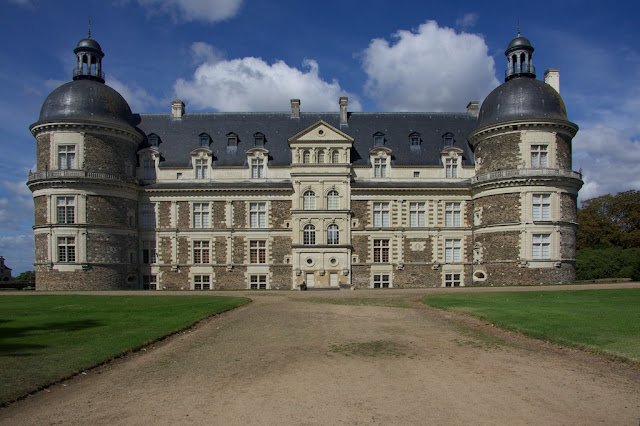 This shot shows the little bridge from the back doors which don't look as if they are used any more. There is a little door under the bridge which I think is where the kitchen is situated and someone had put bread on the step for the swans that were in the moat.  The family that own the chateau still live here up on the top two floors in the roof space and the two wings at the front of the chateau. 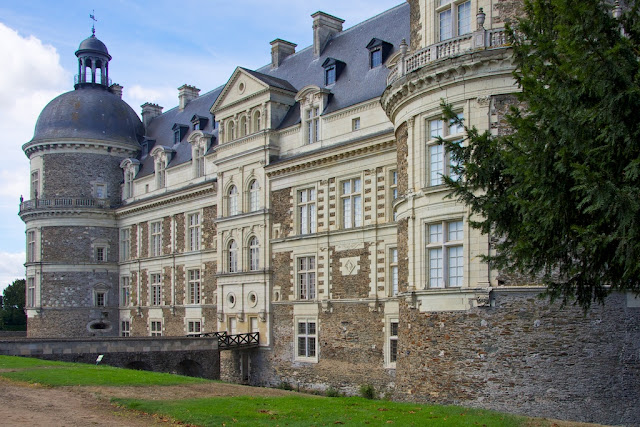 We walked all the way around the house and this shot shows the bridge that we crossed to get into the courtyard and the bridge to the main gate.  On the right of the picture is one of the private wings of the chateau where there is a little chapel for the household to use. In the centre of the image is one of the two separate buildings which flank the main gate.  I'm not sure what these were used for but I suspect they could have been the servants quarters because the damp dark passage where we began the tour started in the cellar of this building. 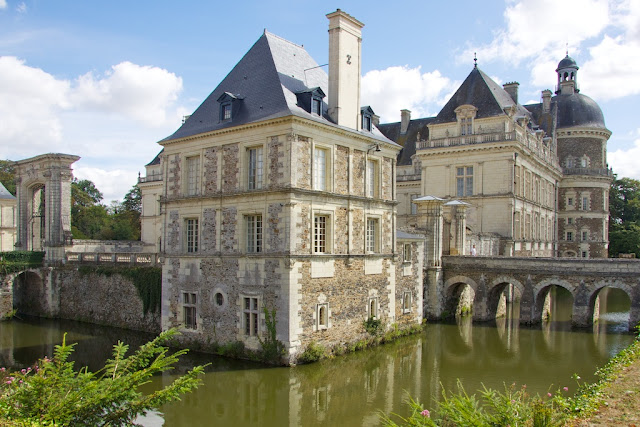 There were some other buildings where we entered the grounds from the car park but they seemed to be private residences now apart from the first one where we paid to come in.  There was another lake next to the one where I took the photos but that looked more like a mill pond or a little reservoir.  There was also a pigeonerre on site but it was currently being refurbished and was completely covered by a tarpaulin.  It's quite a nice chateau but certainly not one of the best in the Loire Valley.
at October 23, 2010