I've always had problems getting any decent photos of herons around home because they either fly away before I get anywhere near them or I see them when I don't have my camera with me.  There was even one occasion when I had a heron in my sights and it flew off just before I pressed the button.  When I looked up from my camera I realised the the dog had run after it while I was concentrating on sizing up my shot.  So when I spotted a heron on this floating jetty I was hoping I might have better luck.  It was looking quite relaxed and there were a number of seagulls sharing the jetty. 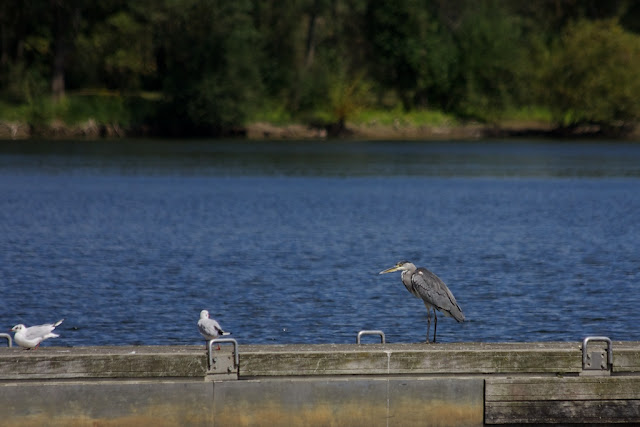 We were at the Lac de Maine near Angers in France on a lovely hot sunny day.  It's a leisure lake just across the river from the city and had areas for boating and a sandy bay where the locals sunbathed and swam.  As I crept closer the seagulls moved away and the heron began to look restless.  It stood up and started waking along the jetty. 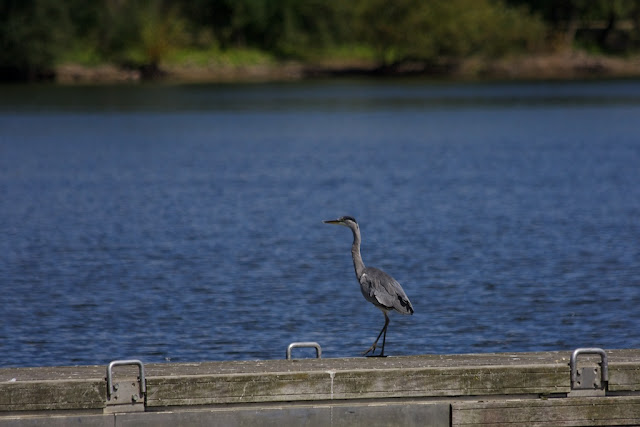 As I tried to get a little closer the seagulls took off closely followed by the heron.  I was ready for it to take off and had adjusted my camera for a bigger depth of field making sure that the shutter speed was still quite fast.  Because it was sunny I was still able to get 1/750th of a second at F8 keeping the ISO at 100 and setting the exposure compensation to -1 ev.  I was also panning as I took the shot which is why all of the background was blurred even at F8. 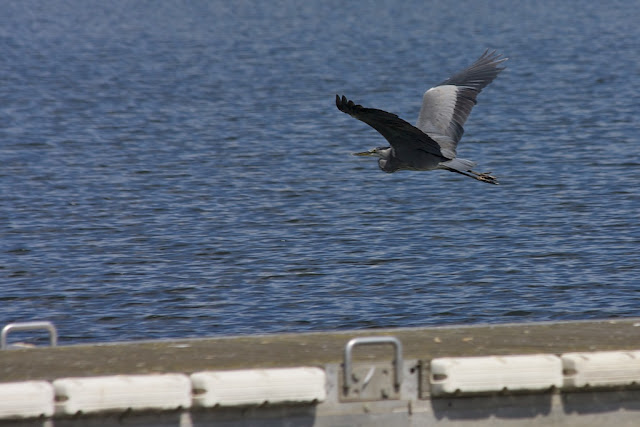 The heron kept quite low and went across the sky rather than way from me as it flew so I kept re-focussing and shooting.  In the next shot it was heading towards the beach area of the lake and then over some trees at the edge. 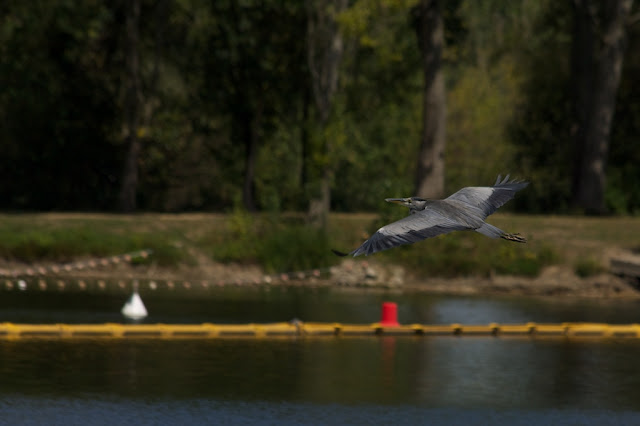 After it had gone we carried on walking around the lake area and noticed a couple of pods next to the lake where people were fishing.  As we came closer to the pond I spotted the heron wading in the shallow water next to some water lilly pads.  I am fairly sure it was the same heron that I'd seen on the lake as this pond was in the general direction it was heading when it flew off before.  I again tried to get closer without it seeing me and the trees around the pond gave me a bit of cover. 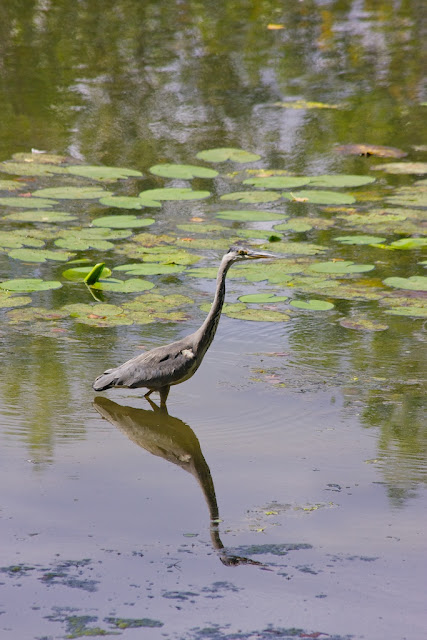 Just after I took the previous shot it must have seen me and flew off again.  When I first looked at the display on the back of my camera I thought I'd got a great shot of it taking off but when I got a closer look I realised the it was mostly blurred.  I guess the reason was that it was a bit darker around the pond than by the lake so the shutter speed had dropped to 1/250th of a second and the heron was moving its head, neck and wings too fast.  The legs, tail feathers and the back are almost not blurred but I really needed the head to be a lot sharper and I could have got away with the wings been blurred I suppose. I should have aimed to get 1/750th or even 1/1000th of a second on the shutter speed to have got a better shot.  I should really have bumped the ISO up to 400 or 800 to achieve the faster shutter speed, so it's a lesson I need to think about more when trying to photograph wildlife (or anything else) which is likely to move fast. 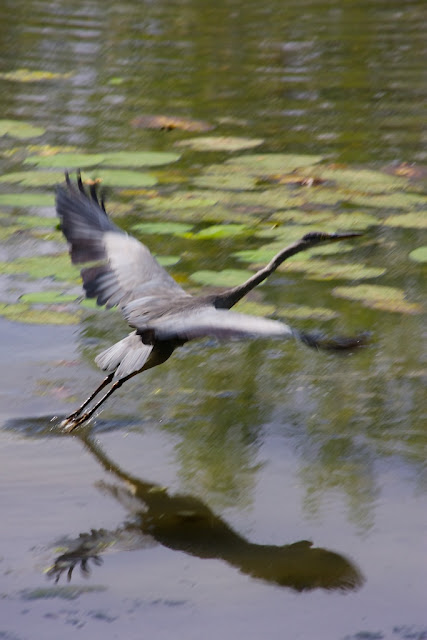