Images of Thaxted in Essex

On the morning of the the wedding that we went to in Hertfordshire, my wife had arranged to help decorate the room at the hotel for the wedding breakfast in the afternoon.  I didn't think I would be needed so I decided that it would be a good idea to visit one of the local villages to take some photos.  We had met up with the brides parents on the previous evening and I had asked them to suggest a good place to go to take photos.  The brides mother said I should go to Thaxted as that was where her mother and grandmother had been born and they had just put the sails back on the windmill.

I woke up pretty early in the morning and so I decided to set off to Thaxted at about 6:30 am and it was about a 20 minute drive from the hotel.  I parked in the main street and the first interesting building I saw was the Guild Hall.  A wonderful wooden framed building with the space below and the charming leaded windows.  There was quite a lot of blue sky but in certain directions there were some big clouds starting to build. 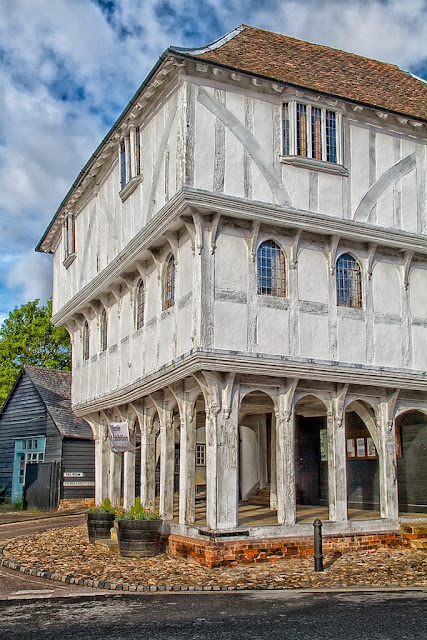 Just further up the street were these lovely wooden framed houses on the cobbled street.  I tried to get a photo without the car in it but didn't quite manage. 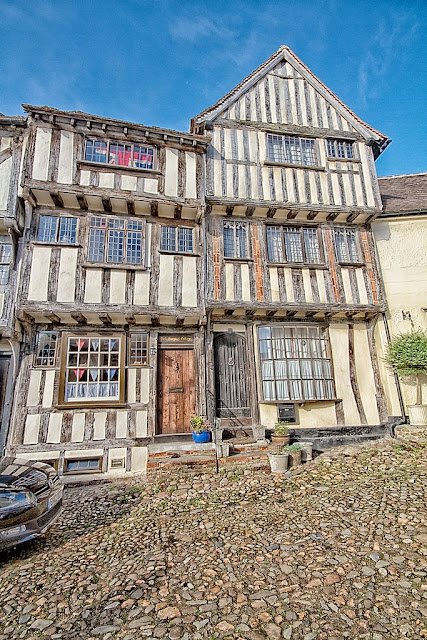 Next I headed up to the church which was another magnificent building in a beautiful setting. 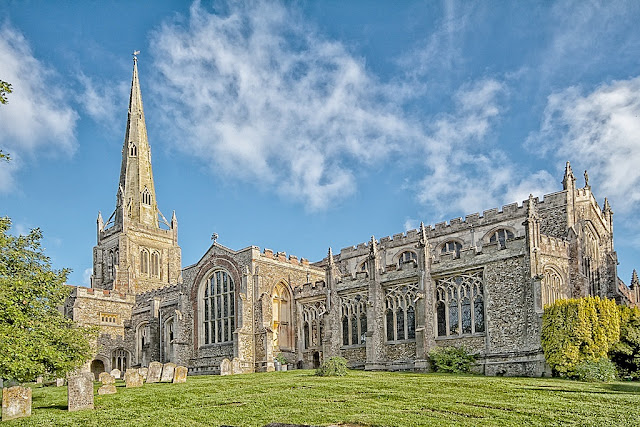 I moved back to get more in the image and I did a fairly radical conversion to make this black and white image. 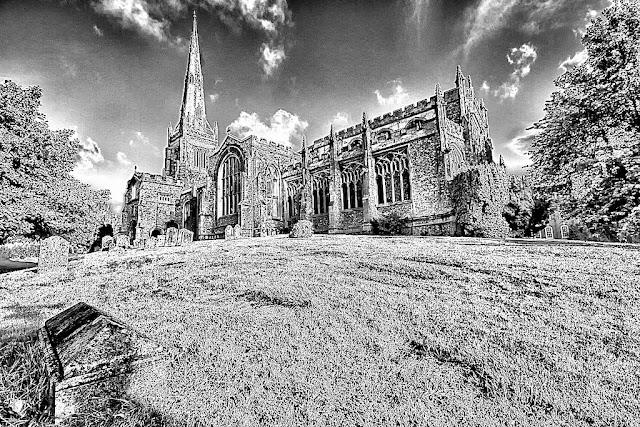 I moved further along the side of the church to get this photo of the big windows with the old grave stones in the foreground.  The sky looks a little strange as the front edge of the clouds are starting to head towards the village. 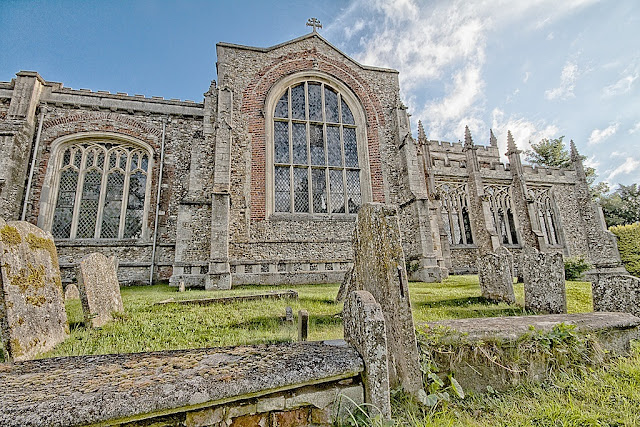 Next to the churchyard were some lovely single story buildings and in the distance was the first view of the windmill.  This is also the first shots where the big clouds are seen heading towards Thaxted. 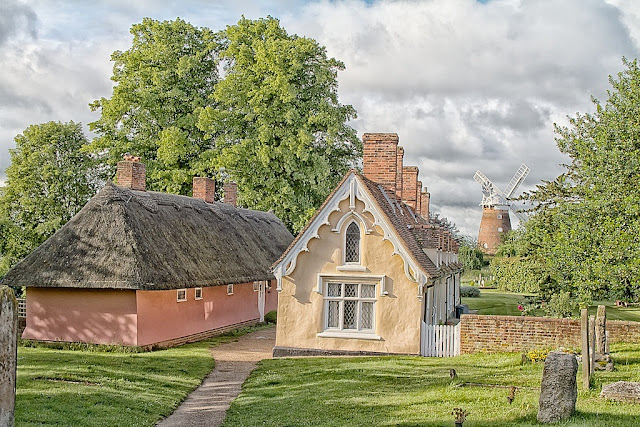 Around the other side of the church was this beautifully ornate entrance with the cobbled path leading into it. 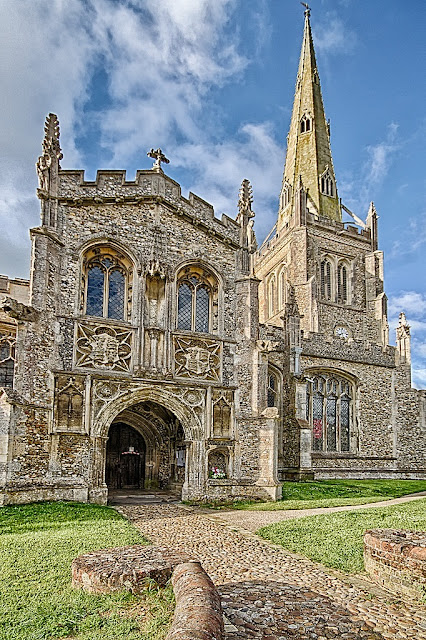 Around the village were some more wooden framed houses nestled between houses with different constructions. 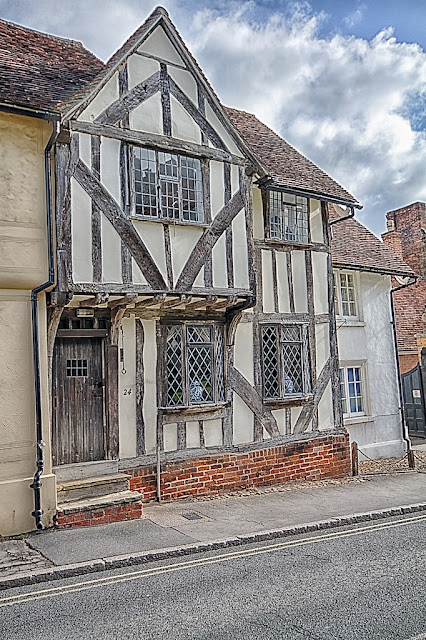 Here are a pair of thatched houses with rendered and painted wall. 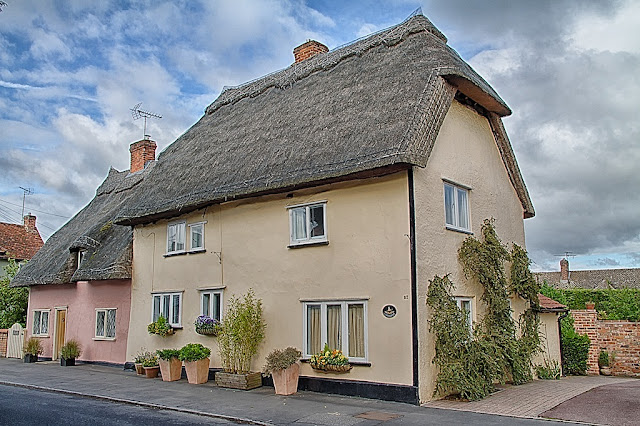 Back down to the churchyard I took another shot of this little house with the windmill in the background. 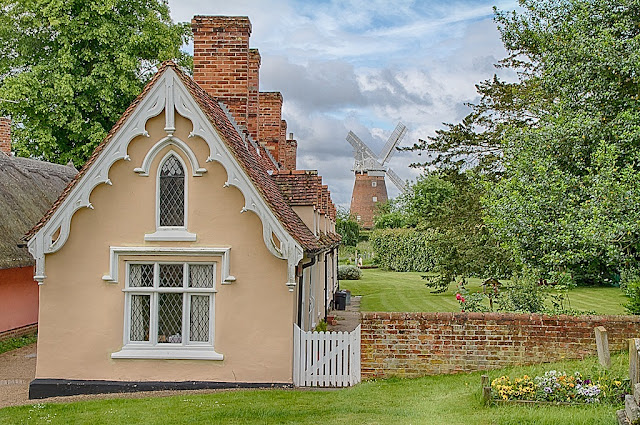 As I headed towards the windmill I passed another lovely house with a thatched roof and an extension with a red tiled roof which didn't look in particularly good repair. 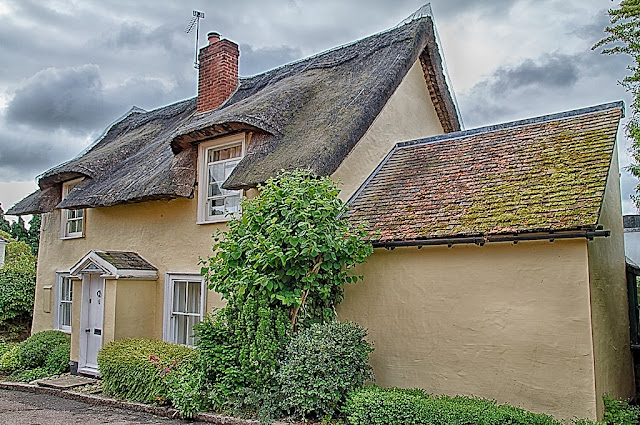 Finally went to see the windmill and I took quite a lot of shots of it from different angles.  I picked this one to add to the post as I loved the barley (I think) in the foreground. 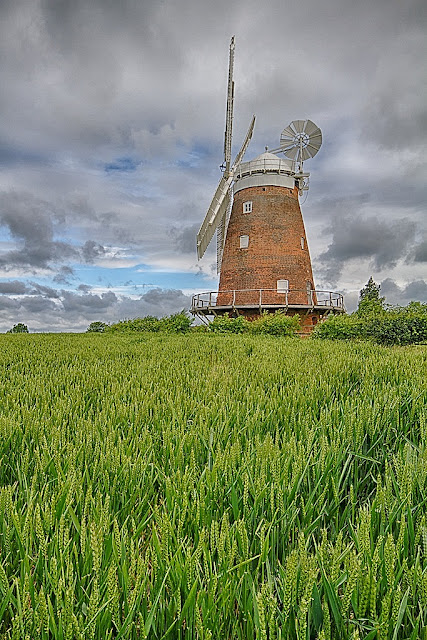 My only slight disappointment was the lack of a nice duck pond with a weeping willow next to it but appart from that I think that this is a beautiful place to visit and have a look around.  I originally had 21 photos that I was going to post but I decided to edit down to twelve.
at June 30, 2013