If you have been reading my blog for a while you will know that Beaumont Park is my favourite park in the Huddersfield area.  I went back there again earlier in June to take some more photos of the flowers in and around the park and I thought I'd like to share my efforts with you again.

I had arranged a day off from work and got up at the normal time.  When my wife set off for work I set off to the park to get some fairly early morning shots.  The problem that I found was that as the trees are full of leaves and are still quite big there was a lot of dark shadows over some of the flower beds.  Near the entrance to the park I did find some flowers with a bit of light on them. 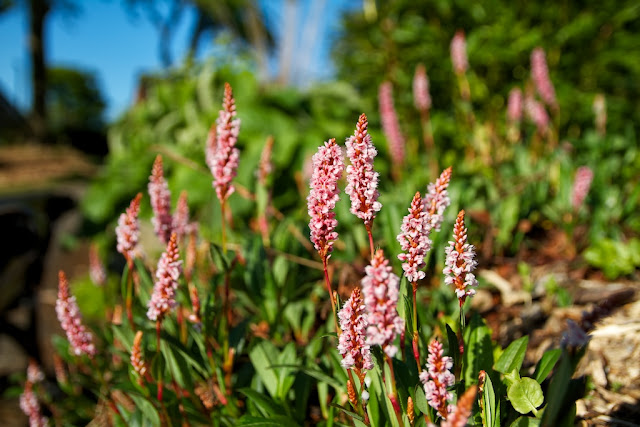 I have been experimenting with taking flower shots using a very small depth of field to push the background and sometimes foreground out of focus so that the emphasis is on the main subject.  I was quite happy with the first shot but I'm not sure it has worked as well on this second one.  I'm not sure where the focus was supposed to be and the whole photo is far too busy. 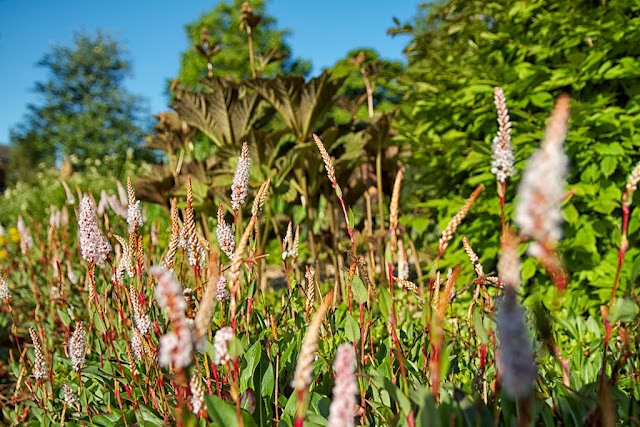 I'm happier again with this third shot as the background is far less busy and the in focus flower heads are much easier to identify as the main subject. 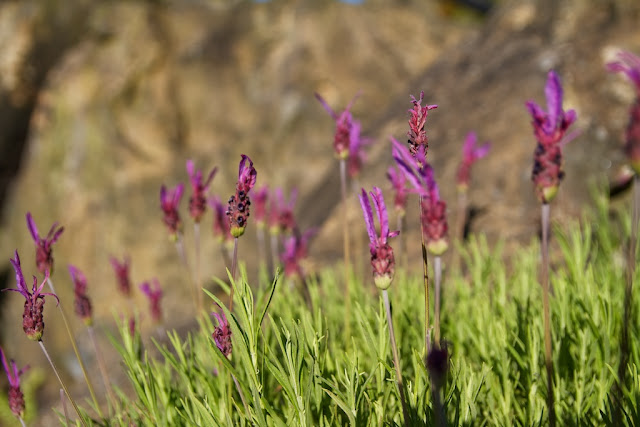 I decided to go down to the area below the park, across the bridle path which was previously the railway line to Meltham.  I knew there would be wild bluebells down there to photograph.  I saw the sun was making making some nice shadows across the ground where the bluebells were growing and thought it might be an idea to make some photos where the sun was shining through the petals of the bluebells.

I took a few shots and then realised that I might be able to make a sunburst photo with the sun coming through the trees.  I've tried some of these before and it can be quite effective.  The technique is to use a very narrow aperture in the camera and then try to catch the edge of the sun around an object, in this case a tree.  I took a few photos and this was my favourite with the rainbow coloured flares around the sunburst and down in the flowers. 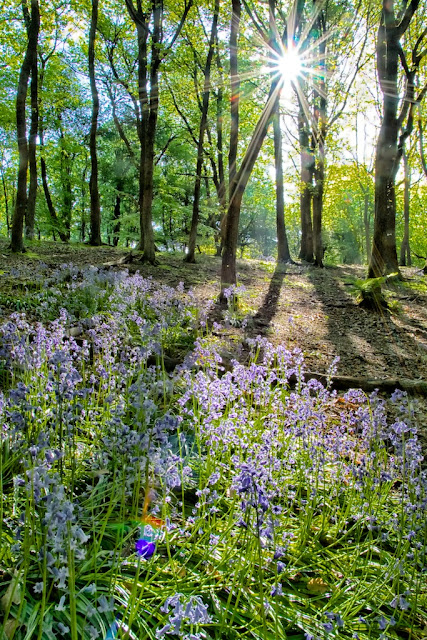 I took a few more photos in the woods and then decided to head back into the park.  On the way I took this shot of the path through the woods with the line of bluebells down either side. 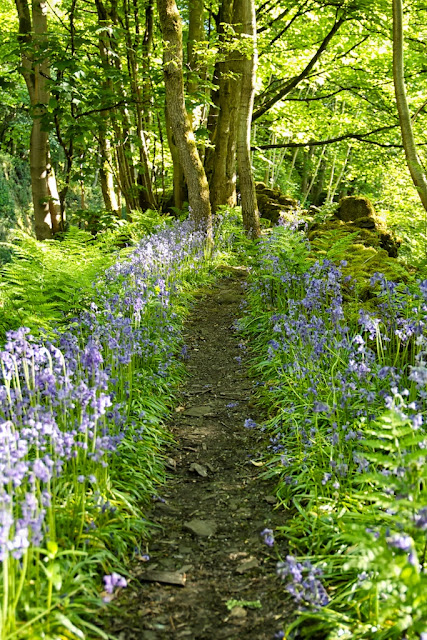 Back in the park were these cultivated bluebells in a small bed with some rocks and other plants.  I was back to using a shallow depth of field and experimented with having the focus in different places.  In this photo I hade the flowers in focus ... 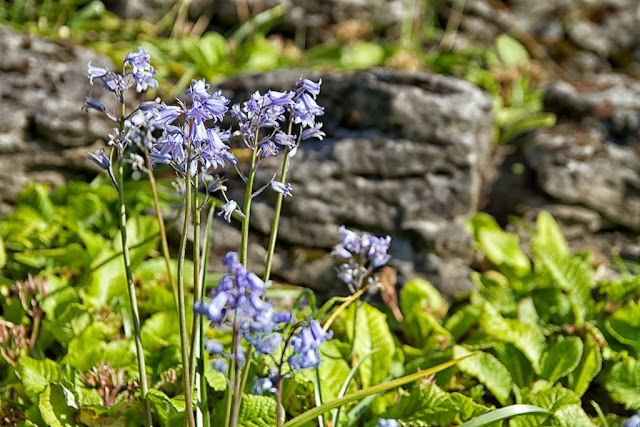 .. but then I tried having the rock in focus and the flowers blurry.  I'm not sure which one I prefer, maybe I'll print them out and pin them up on my study wall for a while. 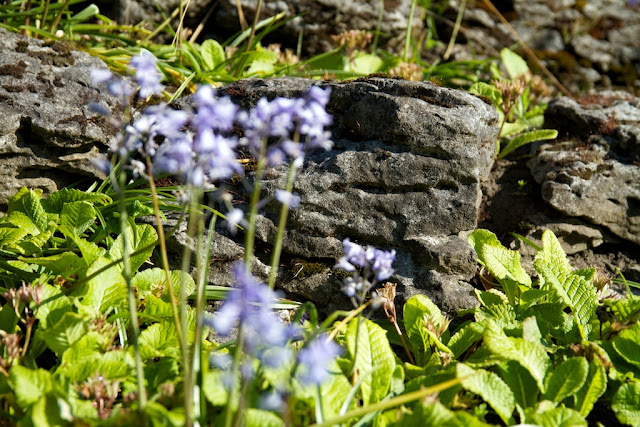 There was still a lot of shade in the park an these blue and white bells where in a patchy area but. I still wanted to photograph them.  I wanted to focus on the white flowers and throw most of the rest of them out of focus.  It seems to work OK but the sunny areas in the background are too much of a distraction. 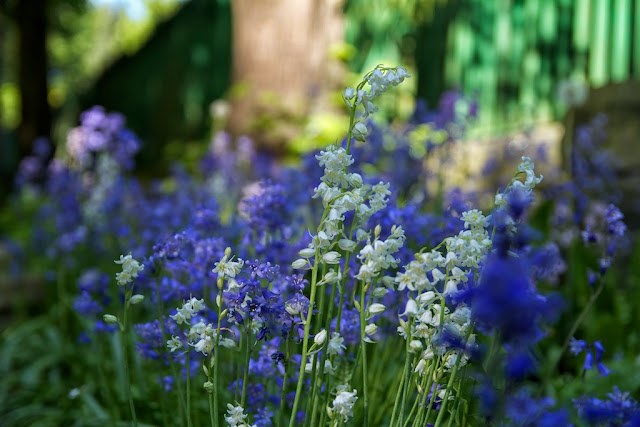 Lastly, on the way back out of the park I photographed these cornflowers in the sunshine.  Again I focused past the front flowers to make the ones in the middle of the bed the main subject of the picture. 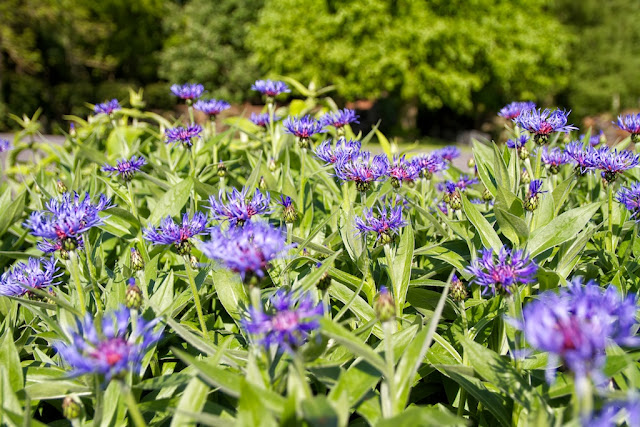 I hope to be posting a bit more regularly in the future now that my old day job is out of the way.  I've still a lot of work to do on my new web site but it's coming together quite well now and I hope you get chance to visit me there.
at June 18, 2013