In my earlier post about Yinka Shonibare MBE I missed out this photo of the wind sculpture in front of the underground gallery so I thought I'd include it here. 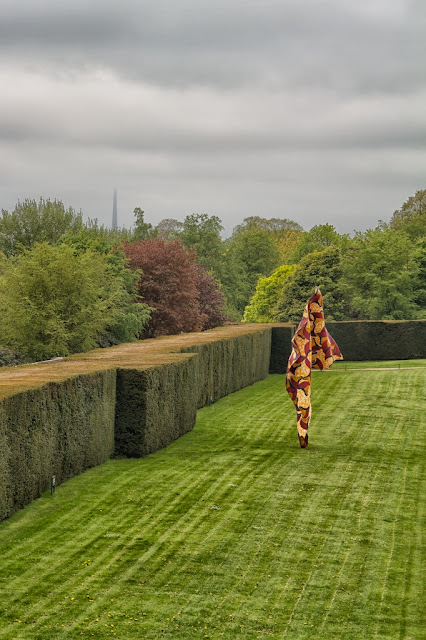 We'd come to the sculpture park for a walk and get some fresh air.  The weather wasn't brilliant but the rain did hold off for us while we were there.  Behind the underground gallery is one of the walled areas where I took this photo of the blossom on the fruit trees which were trained along the wall. 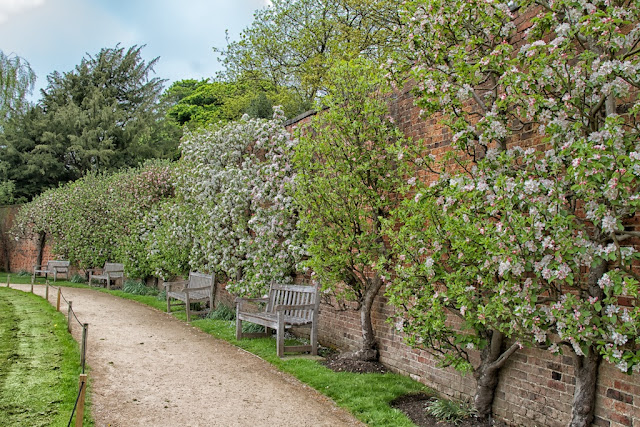 The Bothy Gallery is at the top end of this walled garden and it is currently housing some of the sculptures of Hans Josephsohn.  These are cast bronzes which are made from plaster models which themselves are made by adding wet and dry plaster together into the shapes of the figures.  Maybe I'm just not in tune with these sculptures as I wasn't too impressed with the work but it was still interesting to see. 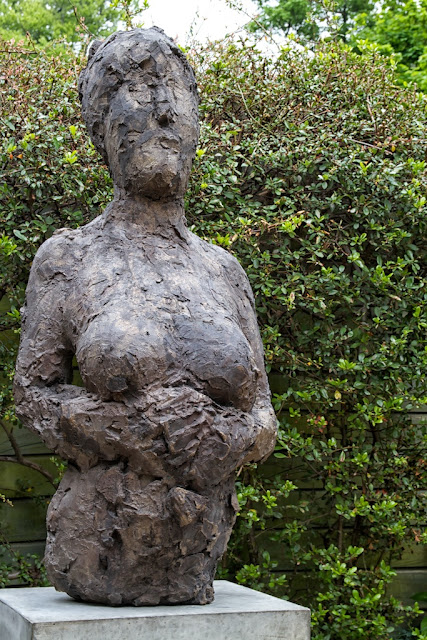 This next photo is the outside of the Bothy Gallery which I do love.  The ivy covered stonework makes a great subject, especially in this setting. 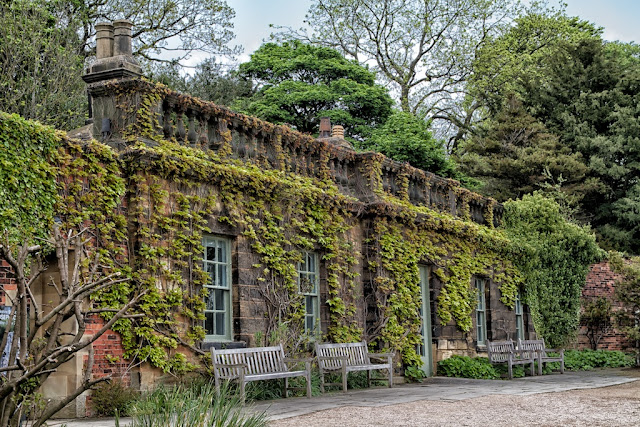 In the garden area below the underground gallery was this line of rhododendrons which were covered in a mass of pink flowers.  There was also a collection of Josephsohn's reclining figures but I haven't included any photos here today. 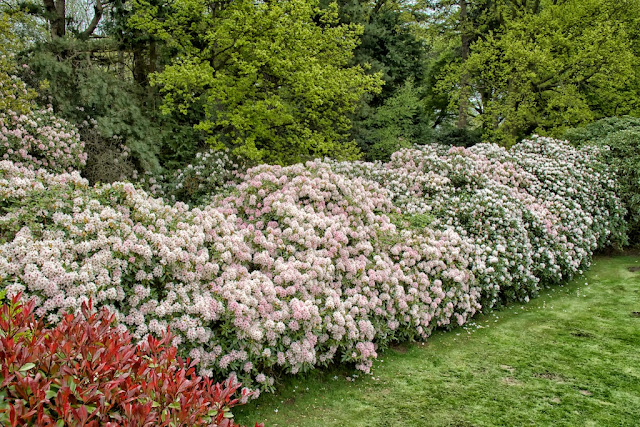 Around the corner was this oversized rocking horse in a gap between the trees. 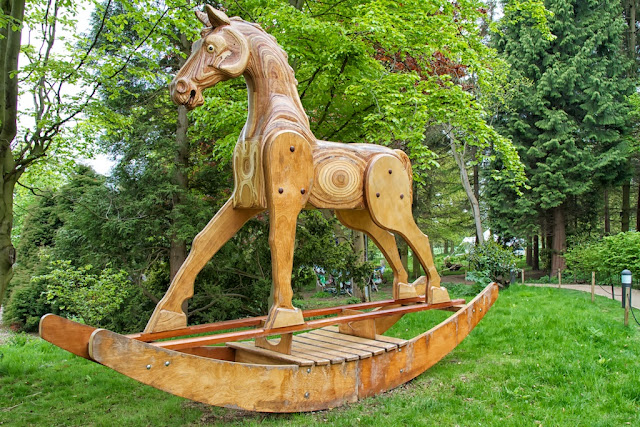 We walked down the hill to the upper lake where there is a circular walk through the wood and around to the other side of the lake.  Along the walk there is a little greek temple folly and an obelisk but I didn't get any decent shots of them.  Towards the lake was a woods where there was a blanket of bluebells covering the ground between the tress. 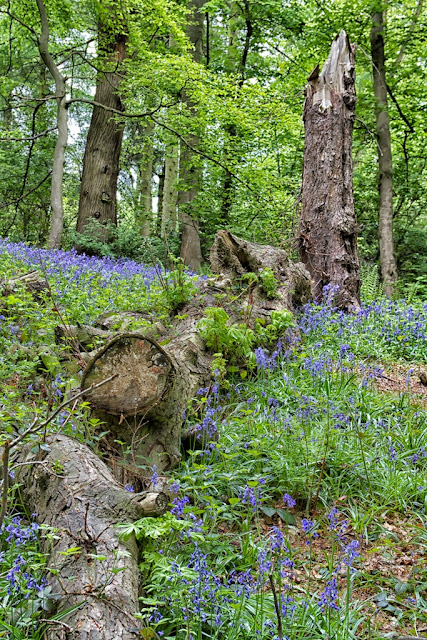 There was also some water management channels which cut through the woods.  This shot was taken from a little bridge and I loved the refections in the water. 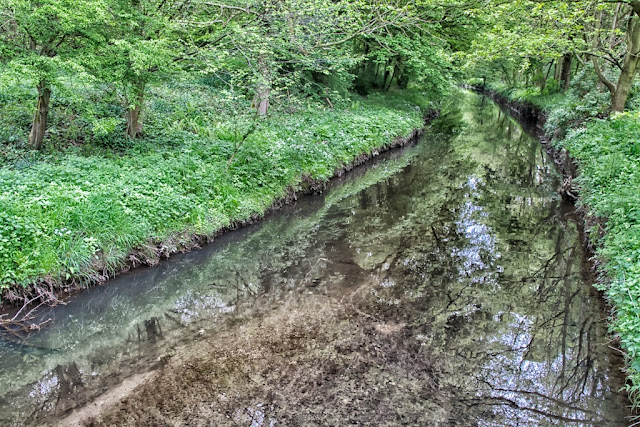 This next shot was taken from a big bridge which goes over the weir which separates the upper and lower lakes.  I guess the wooden hut with the big silver ball on the top is one of the more abstract pieces in the park.  One day I might have a closer look at it but for now it's a middle ground object with Bretton Hall in the background. 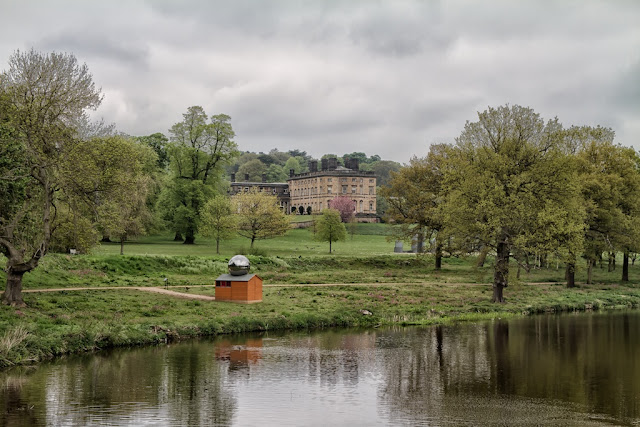 Here's another photo of the hall taken from some stepping stones across a small stream which feeds into the lower lake. 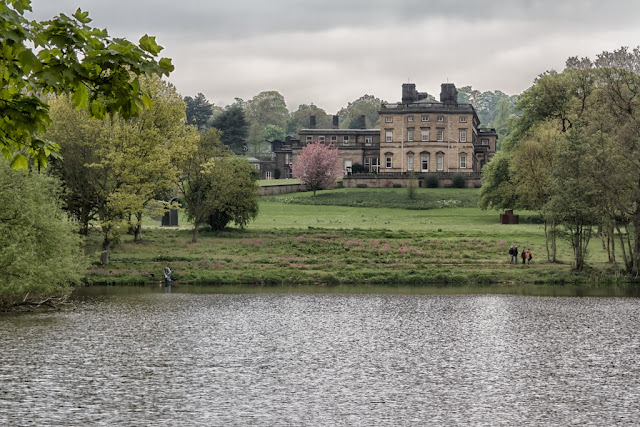 The final photo was also taken from the stepping stones but facing upstream towards the little bridge. 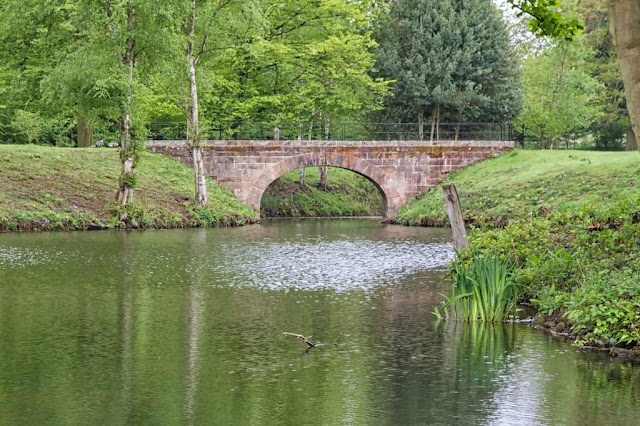 I have a few more photos from this visit to Yorkshire Sculpture Park but I'll include them in a separate post along with a photo from last Sunday when I was walking along the Broadwater Canal near Leigh in Lancashire.  They're linked, trust me.
at May 29, 2013