A bit of a delayed post I'm afraid. I went out last Sunday and took these photos of the frost on Black Hill near Holme Moss on the Pennine Way. I'd taken around 400 photos and haven't really had time to sort them out until now. It was mid afternoon when I set off from home and it had got pretty dark before I got back to the car. Quite a lot of the ice had melted by the time I arrived and what was left was just mainly in the shadows and therefore a bit dark to make any decent photos. 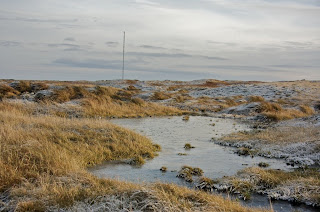 A frozen pool of water 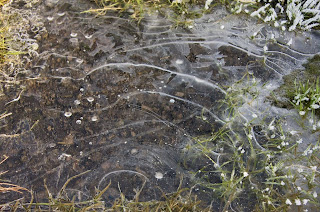 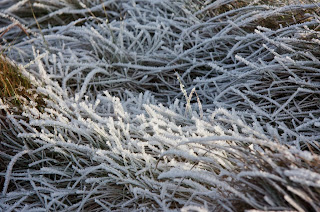 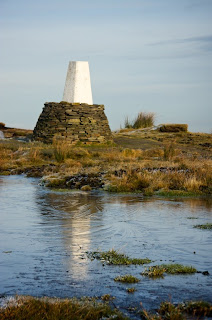 Pennine Way path through a pool looking towards the Trig Point. I think the guy next to the trig point was also taking photos but I never got to talk to him. 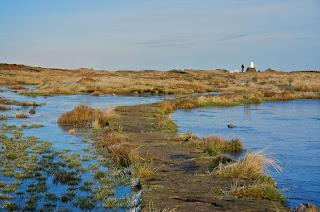 The trig point again from a different place 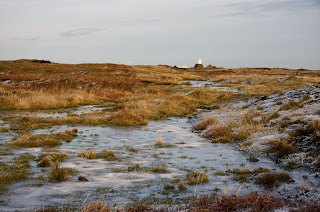 The cairn with the late evening sun on it. Down below is Digley Reservoir and then Emley Moor television on the horizon. 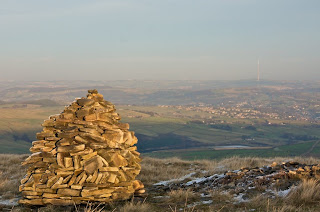 I took a detour when I went back to the car where I crossed a small stream with these icicles on the grass. It was getting quite dark by now and the shutter speed was quite slow which makes the running water look quite nice. 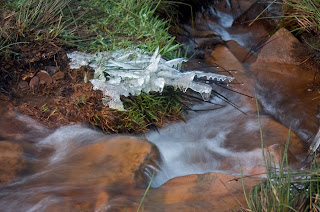 Some nice colours in the sky as sun is setting 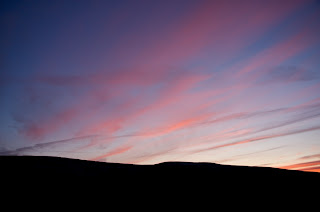 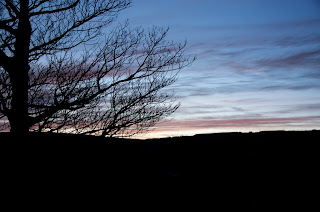