It was a wet and miserable day but I'd promised my daughter that I would take her dog for a walk. It had been raining for a while so I decided to go to Digley because there are good paths around the reservoir and some old roads on the surrounding hills. From the northside car park I walked up the road towards Meltham and took the first left by the side of a converted barn an onto the old disused road above the reservoir. This first photo shows Digley reservoir and then in the middle distance is Bilberry reservoir (the one that burst in 18 something and flooded Holmfirth). In the far distance you can still see a bit of snow near Holme Moss. 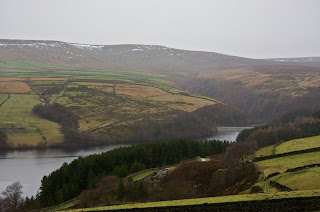 The next two photos are going along the disused roads above Digley which wind around the fields. They aren't completely disused because the farmers use them with their vehicles and they are used by cyclists, horse riders and walkers. This particular road is quite well looked after because it is used by the residents of a couple of barns that have been converted. There are many other roads in this area that are in poor condition and some barely passable even on foot. 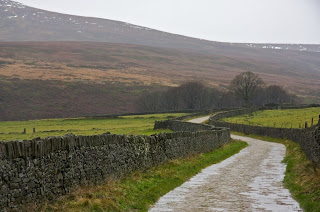 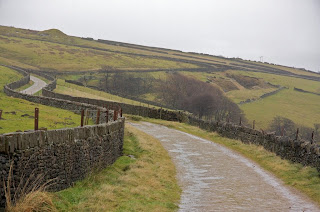 The next photo is one of the less looked after roads that drops down towards Digley reservoir. As you can see when it rains there is a bit of a stream going down it which accounts for its condition. The sides are very damp and have reeds growing in them and the other day when I came here the water was fozen solid and very slippy. 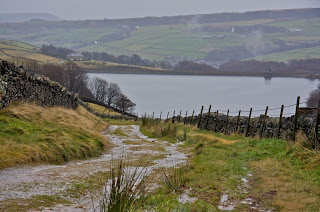 This last photo is of the main stream that flows into Bilberry reservoir. We're not supposed to come up here, but we do. When we first moved to the Holme Valley about 35 years ago we often came here in the summer to sunbathe and paddle in the stream. Further up the stream there are some nice pools that are good for bathing and playing about in. In the future I will go further up this stream and make some more pictures. 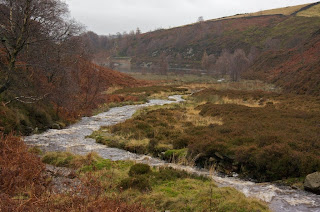