It's been too long since my last post. My problem is that enjoy making the images so much that I don't get around to putting them anywhere. Maybe now I've got some ink for my printer I'll finish some more images off ready for printing and publishing on the blog.

So I've spent more time taking shots to make High Dynamic Range images and I've been experimenting with all the different sliders in Photomatix to see what results I can produce. The results can be wildly different from images where it's not obvious they are HDR to those which are almost surreal. I've been saving some of the settings so I can try them out with different sets of shots and compare the results. I've found that different images are more suited to different settings and some really look quite poor at certain settings. I'll do another post later to illustrate some of the things I've discovered but in the meantime here are some recent images I like.

Here's a little bird which I've tried to identify on the RSPB Bird Identifier and I think it might be a Chiffchaff but then it could be anything. 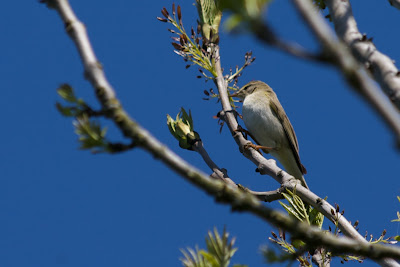 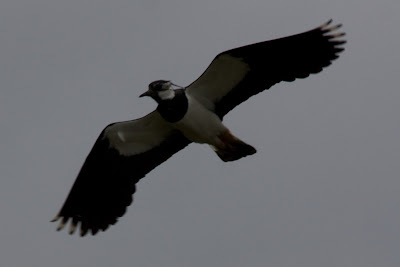 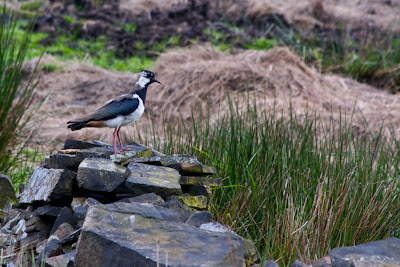 Another little bird and Evey is giving it a good looking at. Again I don't know what this is but it obviously has very little fear. I don't think Evey knew what it was and so she was regarding it very closely before it flew off. 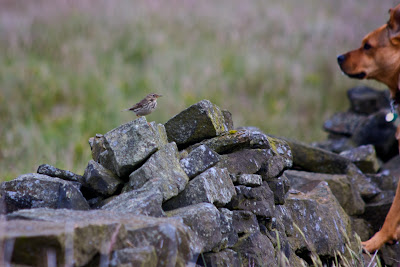 One of the wind turbines rising up from behind the trees. This was quite early morning and most of the turbines were stationery. 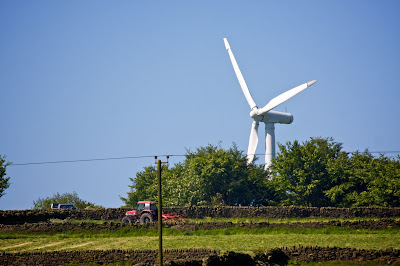 This is a place where I have taken a number of shots at different times of the year and with varying amounts of water in the reservoir. This day it was bright, the trees, plants and grass were very green, the water level was low so I thought I'd try a HDR. 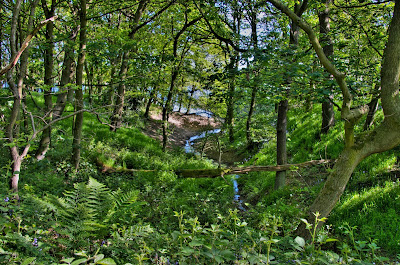 Yet another bird, this time a little woodpecker. It could be a male Lesser Spotted but I think it's more likely to be a young Greater Spotted because I think it was calling for food to be brought. It was very noisy and I thought I saw a brief glimpse of a parent flying about. 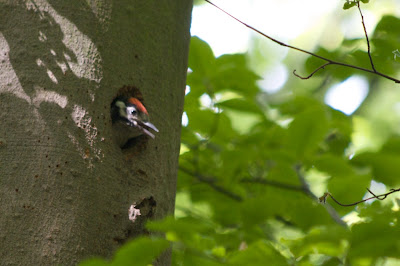 Another HDR of a little waterfall with a tree branch wedged into the rocks. 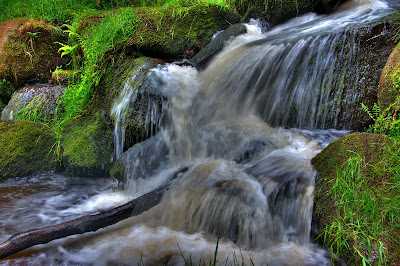 I took a set of shots to create a HDR of this bridge but I decided I preferred this image which was the normal exposure shot adjusted in Aperture. I used the shaddow slider to bring up the detail of the stones inside the bridge and then just standard adjustments to the contrast and colour saturation. The HDR image was blurry because it was a bit windy so the grass and fern had movement in them between the three shots so the software couldn't make a sharp image like this one. 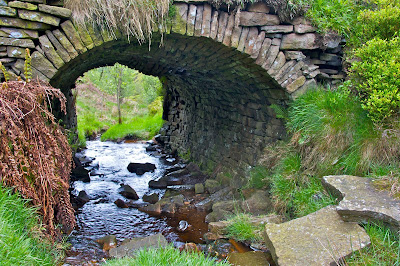