It doesn't look as though I'm going to get the motivation to catch up with the photos I've missed so I thought I'd make a post from last weekend.  I had a long weekend with having Friday as vacation and we had a family visit to the Yorkshire Dales.  It's quite a treat because it's not that often that we get together for a trip out now that the girls have both left home.  Not only that, but the weather was just about right for a nice walk and take a few snaps along the way.

I had found a website (can't remember the details) which had a circular route from Buckden to Starbotton and back which had the written details and also the route marked out on an Ordinance Survey map.  So we drove up to the car park at Buckden which was the starting point of the route.  Close to the car park we had to cross a stream behind the village which is where I made this first image. 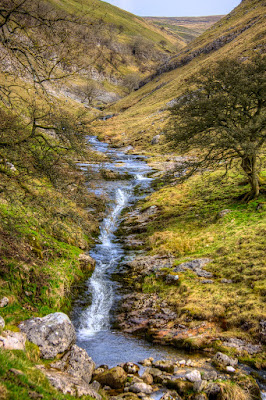 From the stream we headed up the steep valley side on a path which was signposted to the old lead mines.  The next two images are looking down the path back towards the village of Buckden.  I only wanted to post one of these images but I couldn't choose between them so ended up adding them both. 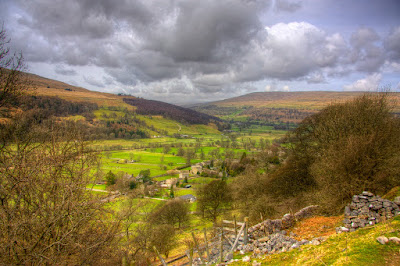 We had to keep stopping so that my wife Lynne and Emma my oldest girl could catch their breath as they are not used to these sorts of climbs.  Ginny and I were fine but I took this stop as an opportunity to put my very wide angle lens onto the camera so I could make the next few images. 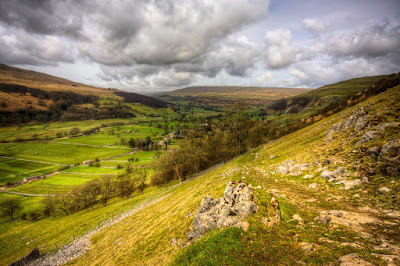 At the top of the climb we reached a path which went from Starbotton to the lead mines where we took another rest.  From here we were going to take the Starbotton direction which was fairly flat before dropping back down into the valley near the village.  This next image gives an idea of the flat ridge on which we were now stood.  On the right of the image is the path that continued upwards towards the lead mines. 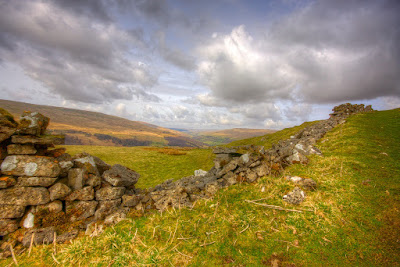 The walk along the flat ridge was quite wet under foot but the sun had come out a bit more and it was quite warm. As we came closer to Starbotton the path started to descend slowly through the fields.  This next image is looking back up the path from where we had come down.

At the end of the fields we joined a track heading very steeply down towards Starbotton.  This photo is looking over the wall down into the village. 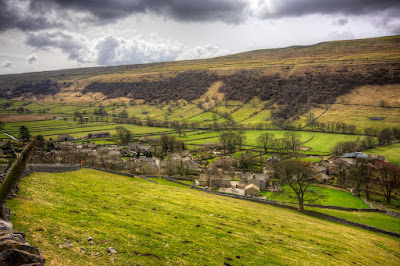 Looking back up the track you might get an idea of how very steep this hill was to come down.  It was quite painful on the knees and the loose surface on parts of the track really didn't help. 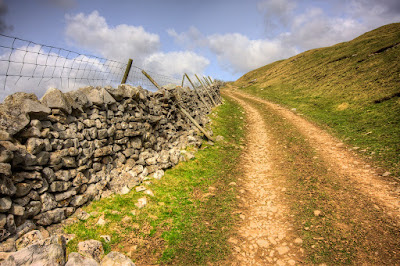 At the bottom of the track we crossed a bridge over this little stream on the edge of the village.   I the village we made for the Fox and Hounds for lunch and a couple of beers.  Lovely pub food which we were able to eat outside in the sunshine.  Spent a while here as it was such a nice spot to sit and chat. 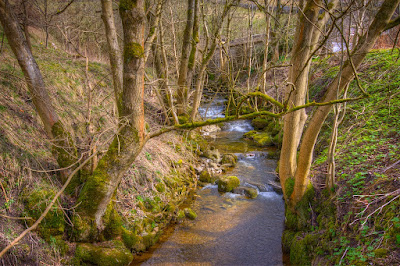 After lunch we headed through the village and out onto this path which leads to the River Wharfe.  We crossed the footbridge and then headed up the path along the river back towards Buckden. 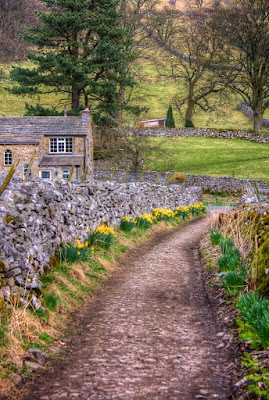 A little way along the river I took this photo of a little stream as it came through the woods towards the river. 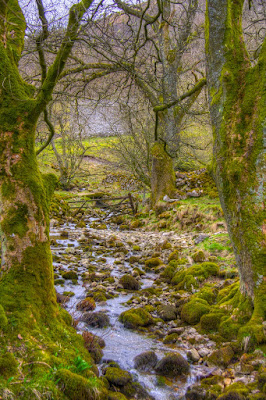 A little further along was these stepping stones across the river. 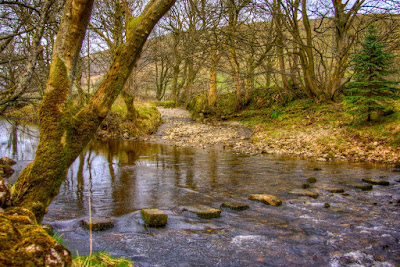 And further along the path was this stream passing an old barn and through a gap in the old dry stone wall. 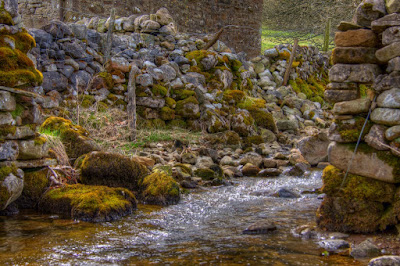 As we reached the end of the path near Buckden is this lovely old road bridge. 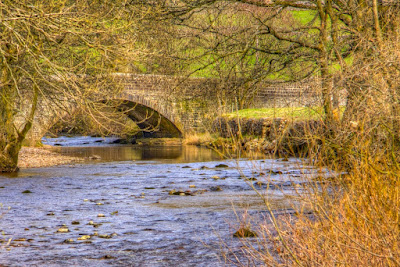 It had been a good walk and a lovely day out with the family.  You may have noticed that none of the photos include any of the family and this is purely because none of them like their photo taken.  I didn't even get any photos of Evey the dog because she was busy chasing about and having fun.  Here's a bit of video of her playing in the river.