As I mentioned in my last blog I took a couple of photos of mushrooms and a few others that I was going to post later.  On Saturday we went to Clumber Park, near Worksop and I took a few more mushroom photos so I thought I'd bundle all fungii shots together in a separate post.  One of the things to mention straight away is that mushrooms tend to grow in gloomy places so it's usually a challenge to get any light on them without using a flash, which I didn't have with me either day.  The first photo is of a very tatty looking mushroom which I took with my 17-85 lens at 85mm and even with the ISO at 800 and I could only get 1/15th of a second.  Much too slow for this focal length but the image stabilisation did a pretty good job. 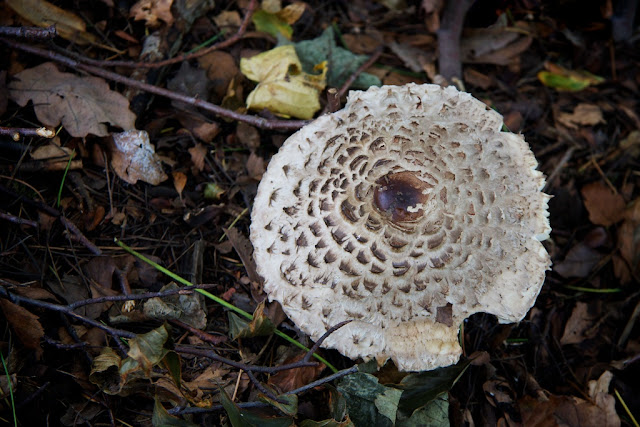 This next shot was using the same lens and focal setting but it was a bit more in the open so I lowered the ISO to 640 and managed to get 1/90th of a second this time.  The challenge for this one was that my camera was down on the floor so I couldn't look through the view finder and I also had to rely on the autofocus doing it's job.  I guess I could have laid down on the wet grass but as I wasn't in the best of health I decided that was probably not a good idea. 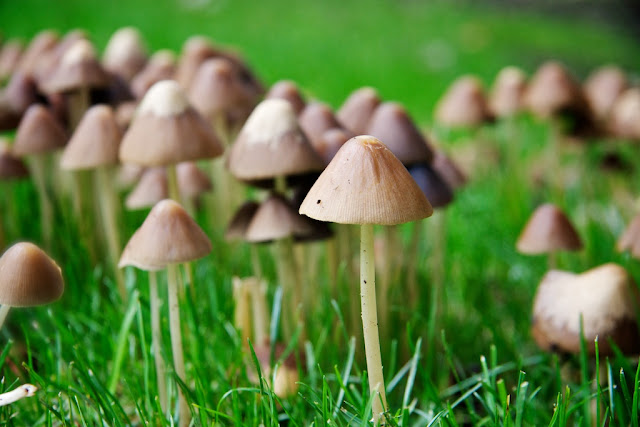 So on to Clumber Park and in this next photo the mushroom was in a patch of sunshine which had managed to find it's way through the trees.  Unfortunately the mushroom was a bit covered over with grass and brambles so I tried to pull as much stuff out of the way but I was concerned that the sunshine could disappear at any moment so I took a quick shot.  This time I was using my 70-300 lens at 105mm and managed to get 1/90th of a second at ISO 100.  The main problem with this lens is that the nearest focussing distance is about a meter (3 ft) so I had to backup a way to get the composition I wanted. 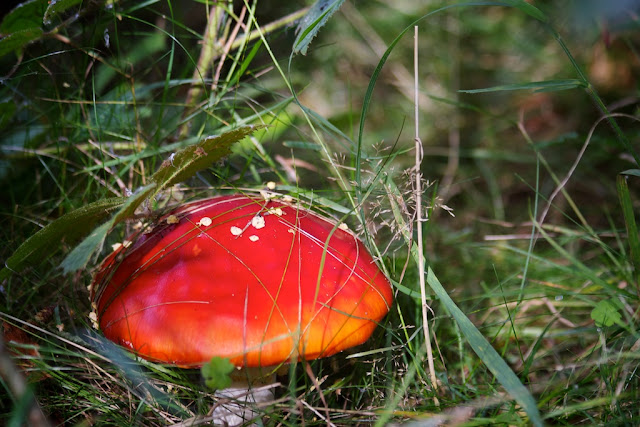 This next photo was back into the dark again so I turned the ISO back up to 800 so I could get this shot at 1/180th of a second. 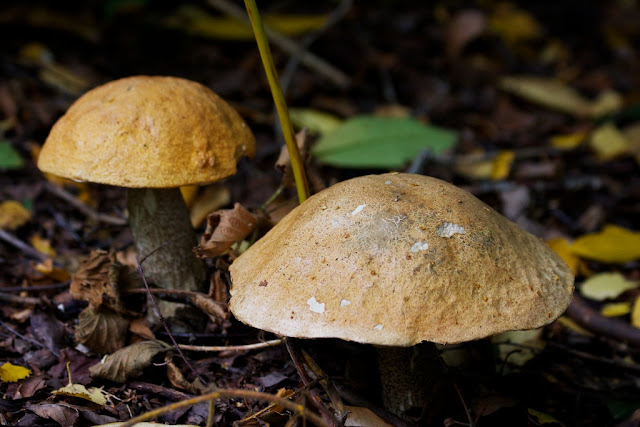 I moved around a bit to get this alternative shot of the two mushrooms and this time I was looking through a gap in the undergrowth hence the green blurry areas at each side.  I think maybe when I look at it now that maybe I should crop out some of the green because it's too distracting.  However I think I prefer this angle to the previous one because the stalks of the mushrooms are more visible. 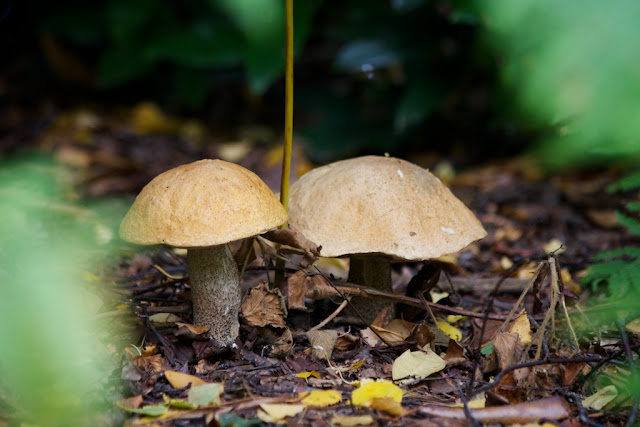 The final photo was the least blurred of a set of half a dozen shots that I took of this mushroom.  It was in a very dark spot underneath a load of brambles so I couldn't get very close to it at all.  As a result I had the lens on full telephoto at 300mm and tried to take shots at 1/20th of a second which is sheer madness even with the image stabilisation on this lens.  To be honest the mushroom wasn't that good so I didn't bother spending the time trying to get a better shot.  It shouldn't really be in this post but I thought it wouldn't be too bad. 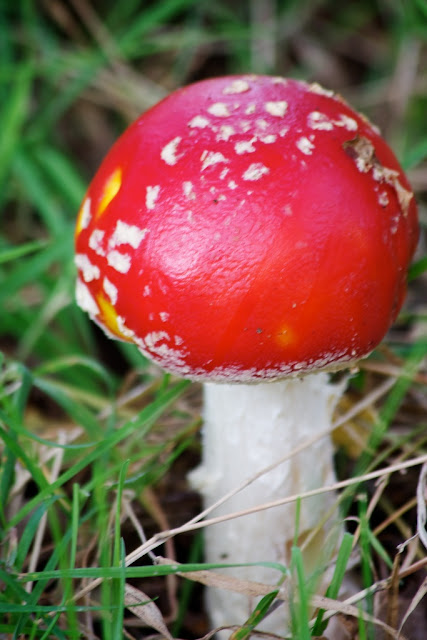 So next time I'll post the other photos from Beaumont Park and maybe some from Clumber Park too.
at September 28, 2010

Hello Colin- I loved all of your photos! I stumbled upon them doing an internet search for an image to paint of berries. The picture of the little bird eating berries came up. I love birds and I find your photos inspirational please keep posting. I'm going to put you in my favorites list(spelled without a u I'm from the US) so I can check back. I look forward to seeing more.