Since we came back from the North-East I haven't had much in the way of successful photo expeditions so I thought I'd bring up some images that I made during my winter doldrums.  I think it must just be the time of year because when I looked back at last year I had a long break from blogging at the same time.  Anyhow less of my winter depression and on to the images.

It's been very cold this winter, we've had snow, we've had ice and in the second week of the year I went for a walk around one of the local reservoirs.  The surface of the reservoir was almost completely frozen over so the ducks and geese were either skating along the ice or dipping in the water near the edge.  Here's a wide angle shot of the ducks and the reservoir. 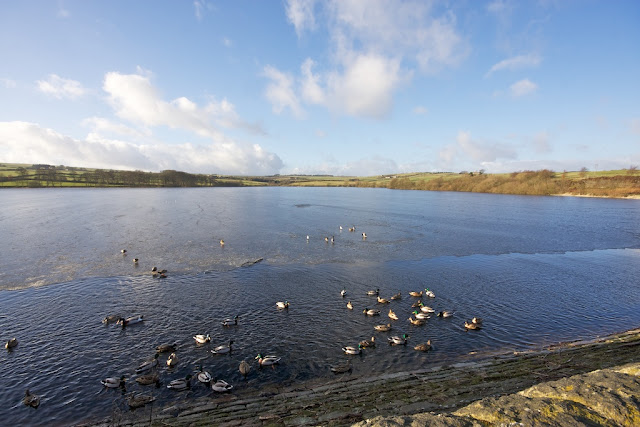 There was a single black headed gull (in it's winter plumage) out on the ice so I got my long lens out to take a couple of shots.  He looked quite a gentleman strutting across the ice and glancing over at me as if to say "wot you looking at mate?". 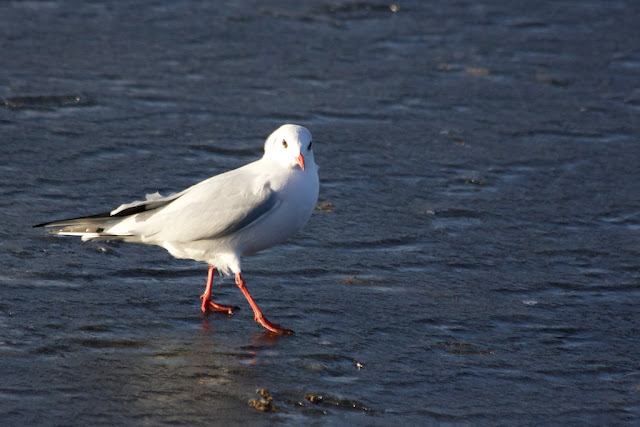 The he decided to take off and fly around.  It was quite windy so he was hanging quite nicely in the air overhead.  I thought I'd try to get some shots of him up in the air. I pushed the ISO setting up to 800 so I could get a shutter speed of 1/4000 second and hopefully get some decent shots. 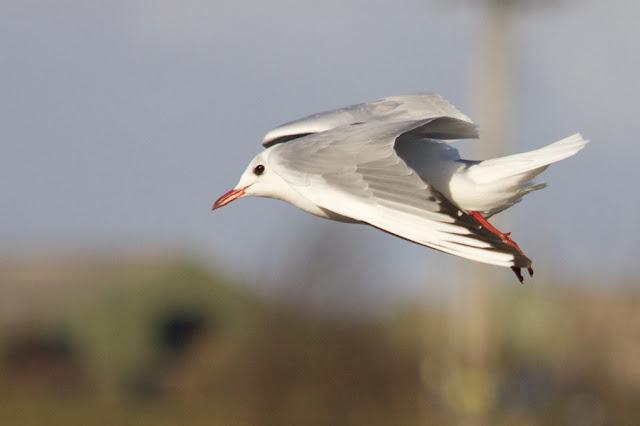 I took lots of shots but on the first ones my focus was a bit out and there there were quite a few where he was flying away from me or his wing was covering his head.  In these shots I managed to get him with a little catchlight in his eye which always makes the photo look a bit better. 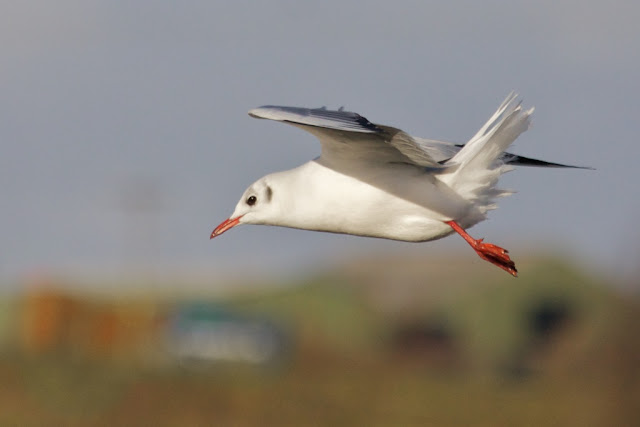 In  the last shot he was coming back down to land on the ice and he'd brought his undercarriage down to meet the ice.  I just had a bit of motion blur on this last one but hopefully it doesn't spoil it too much. 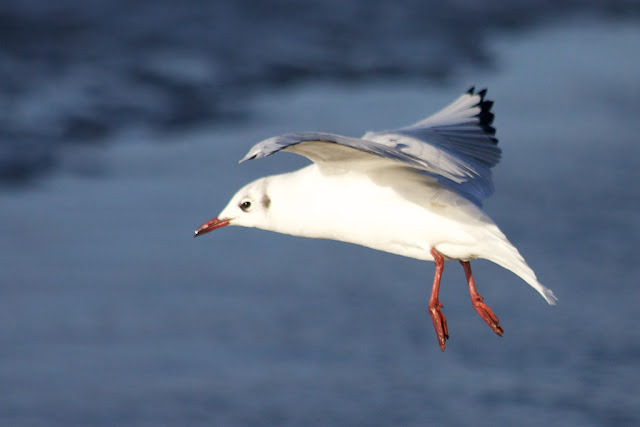 Hopefully I'll find something for next time or I might get inspired enough to make some new photos.  It'll be spring soon and maybe more opportunities will come up to be creative.
at April 04, 2011