Sorry, really bad pun. It should have been "Early Morning Mist" but I've had trouble getting out of bed early enough.  It was quite misty when I first got up and I was wanting to get some sun rising over the water pictures.  On the drive to the reservoir the sun was glowing a wonderful orange colour through the mist and I almost stopped at one point to get a few quick shots, but I didn't.  In the few minutes that it took me to get to the reservoir the mist had all but gone and the sun was shining brightly.  It was about half past six and the sun was quite a way above the horizon, it's hard to get up early enough for sunrise photos at this time of the year.

Anyhow I stuck around for half an hour or so and fired off a few shots before going home for breakfast. In this first photo I am trying to capture the reflection of the slightly pink clouds in the water and what is left of the mist in the distance.  On the right edge are a couple of anglers setting up for the days fishing although I'm sure they aren't supposed to start before 7am so I hope the water bailiff doesn't catch them. 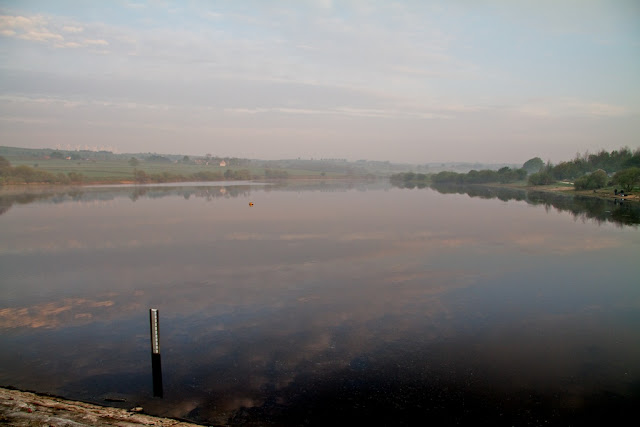 There didn't seem to be much wildlife about either this morning, maybe it was a bit chilly.  In the fields next to the reservoir there was a couple of hares running about but they were too far off to get a reasonable shot of them.  In the water was this solitary crested grebe making its way towards the dam wall. 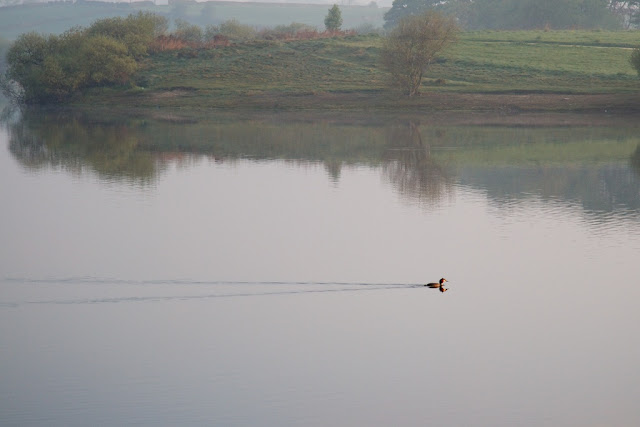 I was making my way back towards my car and I was pleased to see the sun shining brightly on these bushes next to the water.  In the distance the mist seemed to be coming in again but it didn't look as though it would stay for long. 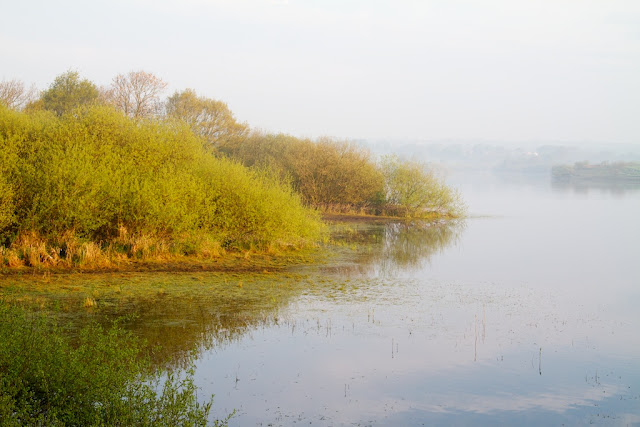 As I reached the car park I looked back to the reservoir and saw the windmills reflecting in the water.  There was very little wind and all of the windmills were still.  I considered driving around to the windmills and taking a few shots of them in the early morning sun but I was in desperate need of a drink as I didn't have anything with me and I had set off from home without having anything. 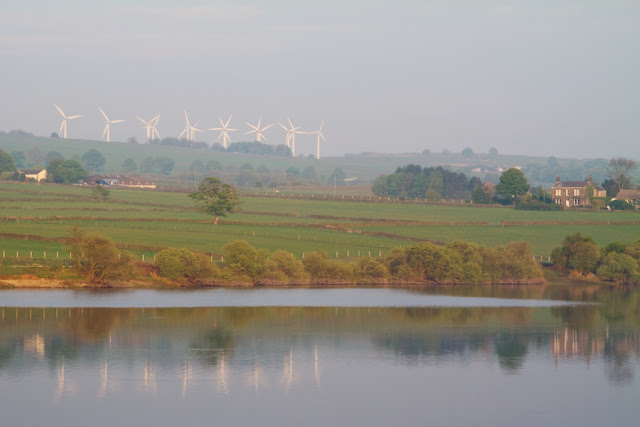 Over the Easter holiday period I've been out and about quite a bit but I've been pretty bad with sorting out my photos so hopefully I'll catch up and make a few more posts in the next week or so.  We've had some excellent weather recently but it's the Holmfirth Folk Festival over the weekend and the weather forecast isn't looking too good at the moment.  I hope it not too bad for the people to get out on the streets and maybe I'll get chance to get some photos.
at May 06, 2011