In mid January we had a very small break from the ice and snow which was replaced by heavy rain.  In this first image I was trying to get the rain on the window in focus and leave the scene outside the window as a partially recognisable blur.   As you can see the snow hasn't gone but at least the road is clear for a change. 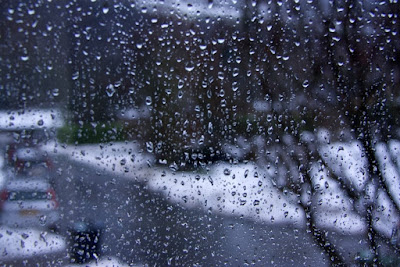 A bit later in the day the rain eased off for a while so I thought I'd go and see how the ducks were coping on Ingbirchworth reservoir.  The reservoir was still completely covered in ice with the small area of water in the middle where the ducks had been joined by a few seagulls.  The snow was damp with the rain and was now grey instead of the white in my previous port. 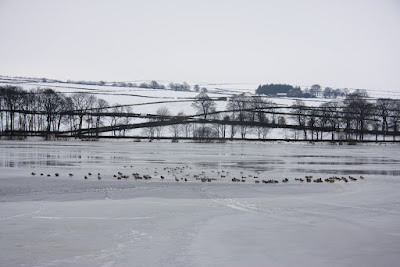 The following day I thought I'd go out and find some more snow up on Marsden Moor near Wessenden Head.  It was fairly clear around home but up on the top of the Pennines it was a bit foggy.  The road from Holmfirth to Greenfield had been closed for several weeks and the lights were still flashing to indicate that the road was closed, but I went up anyway.  The road wasn't closed but this next photo on the road to Marsden gives an idea of how bad it had been.  This was almost a week after it had last snowed and most of the snow had either melted or been washed away by the rain. 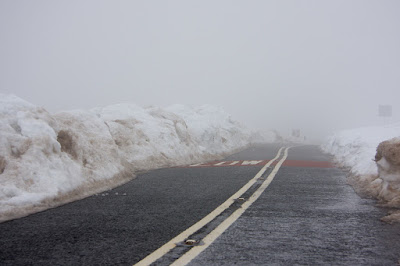 Evey was a bit bemused by these big piles of icy snow that had been built up by the diggers attempting to clear open the road. 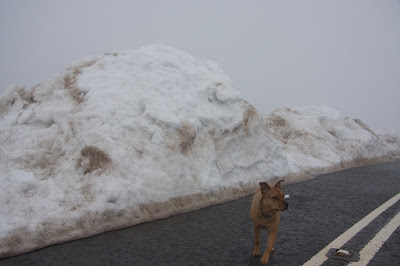 Here I am climbing over a stile which is usually a couple of feet off the ground.  I had tried to take some pictures of Evey jumping over the stile but they didn't come out very well. 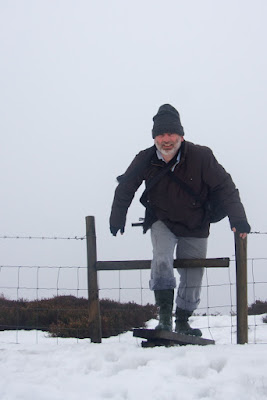 This next image is of a frozen pool in a rock on top of Marsden Moor near the trig point.  As you can see there is very little snow left on the top of the hill but a few yards away the snow was waist high where it had drifted against the side of the rocks.  I've just reprocessed this image in the last couple of days by tone mapping it very hard using Photomatix inside Aperture 3.  I've has a real struggle getting the Photomatix plug in to work since I upgraded to Aperture 3, but I'll keep that story for later.  I've also used some of the new local adjustments to selectively boost the contrast on the main two rocks to make them pop out of the scene. 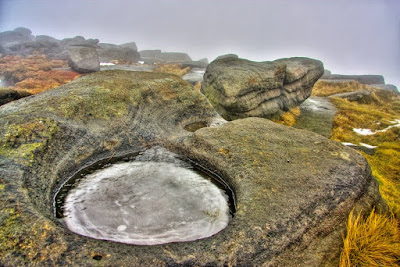 After waking around the hill tops we headed down towards Wessenden Head reservoir when we were overtaken by these farmhands bringing some food down for the sheep.  I've tone mapped this shot as well using a single image because the tractor was moving. 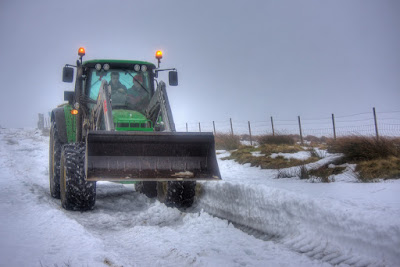 As the farmers got nearer to the feeding point hundreds of sheep appeared coming from all directions.  I hadn't realised there were so many sheep up here.   I'd try counting them but I'd probably fall asleep. 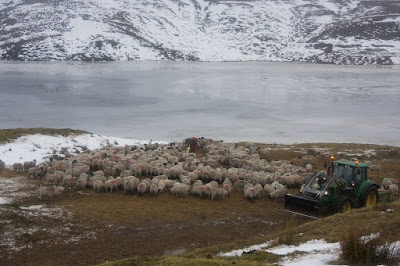 We walked around for a bit more and then headed back to the car.  On the way the sheep were still still munching through the hay that the farmers had brought.  This handsome chap seemed very interested in having his photo taken. 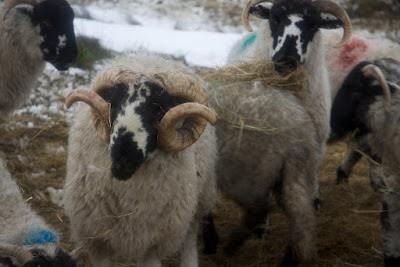 Didn't know you needed to count sheep to get you to sleep. I thought checking a few hundred logs would have done the trick!