Today I was driving around with the roof down in my car, a bit of a novel thing this year.  It's been the coldest start to the year on record in the UK.  I didn't have anything in mind to photograph so I was driving around aimlessly, looking for inspiration.  I was actually heading home when I spotted a couple of lapwing circling around, above a field at the side of the road.  Then I was amazed to see three lapwing chics running up the side of the road.

I stopped my car straight away, put my hazard warning lights on and then swapped my long lens onto the camera.  I couldn't immediately spot the chics as the verge was covered in thick grass but one of the adult birds had landed in the field and appeared to be calling out for the babies, I guess. 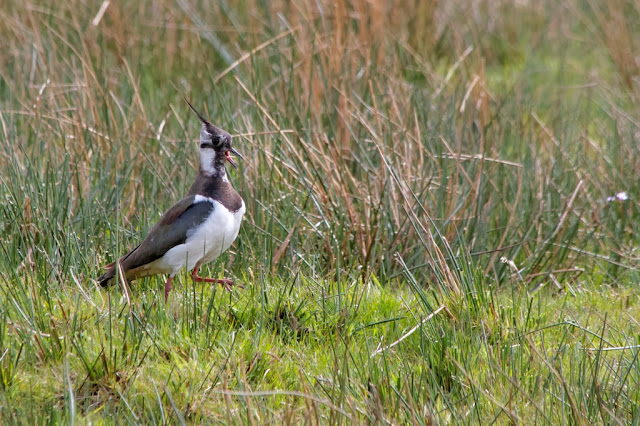 I could also hear the chics calling back to the adult so I followed the noise.  Then I saw this little one down in the grass close by. 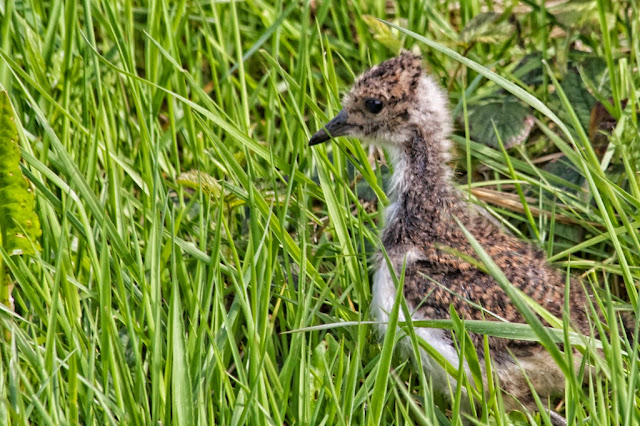 It was a fairly narrow, winding road and I was a bit concerned they would stray out into the road and get run over.  I had spotted a gate in the field next to where I saw the adult bird to I tried to herd them in that direction.  Both the adult birds were in the air again so I was slightly concerned that they might swoop down and attack me if they thought I was trying to harm the chics. 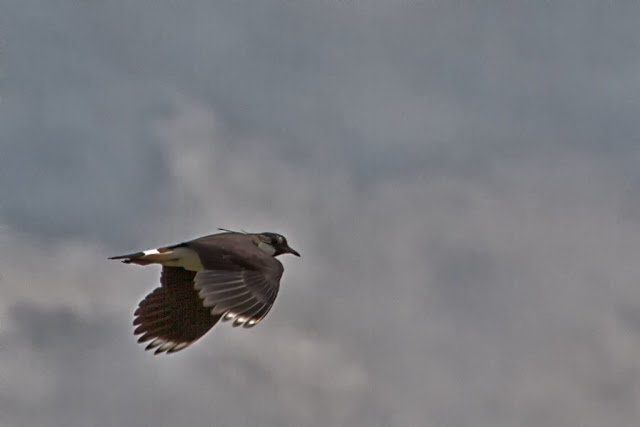 Two of the chics were near the gate now but I could see no sign of the third.  I kept moving these two along until they went through the gate. 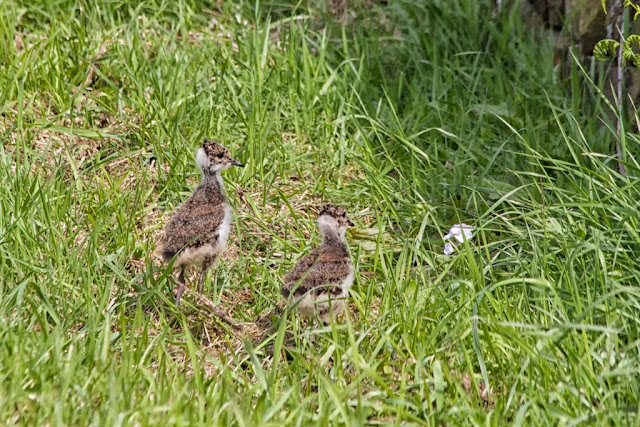 Here they are running along a bit of a stone path inside the field and well away from the road. 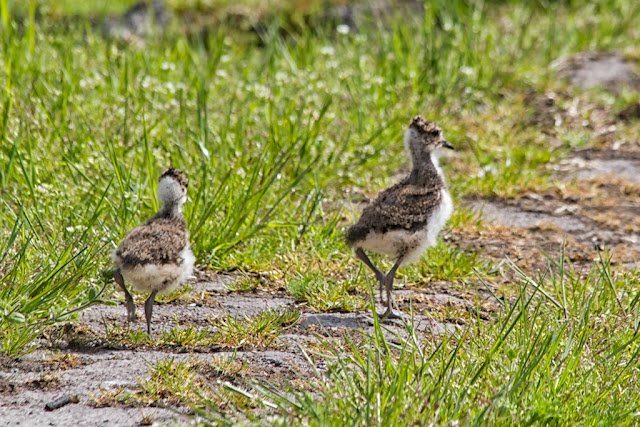 When they got further away from me they stopped and waited while I took some more shots. 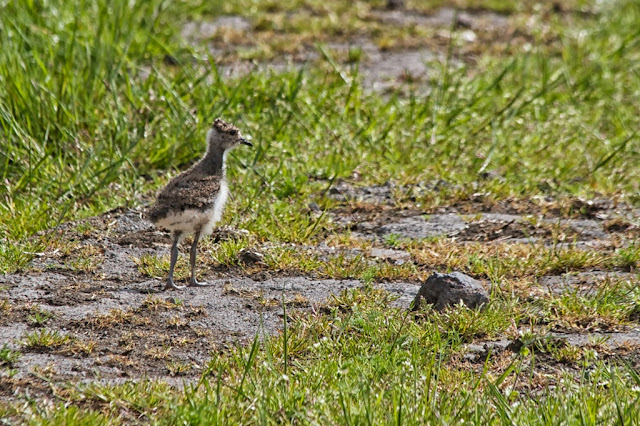 I found the last one further up the road and then I herded it into the same field as the first two so they were all together again.  I hope they keep away from the road in future.  The road isn't very busy but people tend to drive quite quickly along the road as I found while I was there.
at May 27, 2013