On the Monday of our holiday in Ireland we planned to visit Kinsale and on the way we made a detour to Mount Gabriel on the Mizen Peninsular.  The drive reminded me of the previous day's journey to Sheepshead where the road became narrower and rougher as we progressed.  The difference today is that it was also a lot steeper and just kept on going upwards rather than having ups and downs.  At some points I had to change down into first gear to keep the car moving.

When we reached the top there was a little area to park outside the gates of the golfball shaped radar domes.  I opened the door and the wind was so strong that I had to hold onto the door with both hands to stop it being ripped off the car.  Once out of the car it was hard to stand up, much worse than at Sheepshead the previous day.

This was the view to the North looking over Dunmanus Bay.  Although it wasn't raining there was a lot of clouds and the wind made it feel very cold up on the top of the mountain. 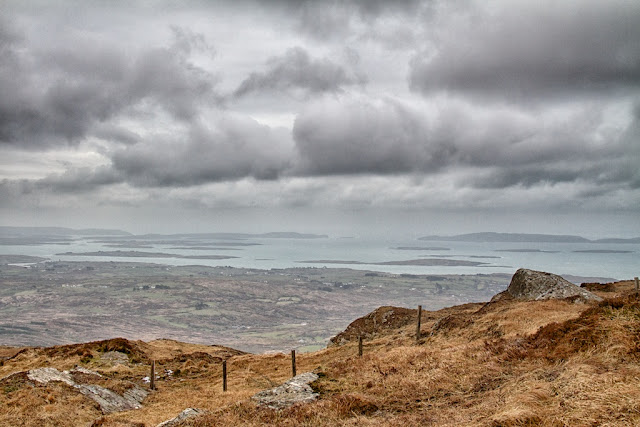 Here's Jack up by the trig point trying to keep standing as the wind was blowing him around.  Just behind him there's one of the radar domes. 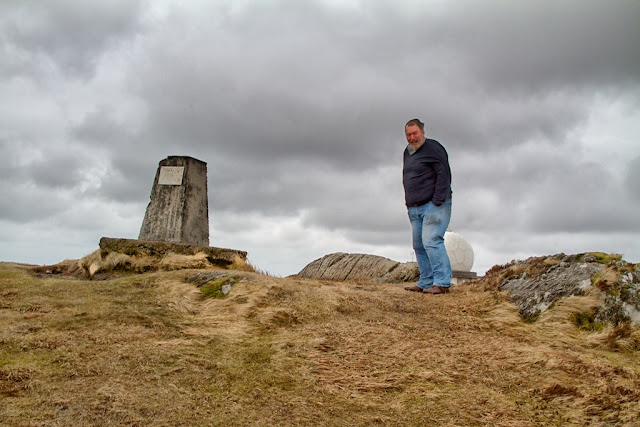 A closer shot of the trig point and looking Southwards down towards Schull Harbour.  I'm quite pleased the shots aren't too blurred as I was having real problems keeping the camera still. 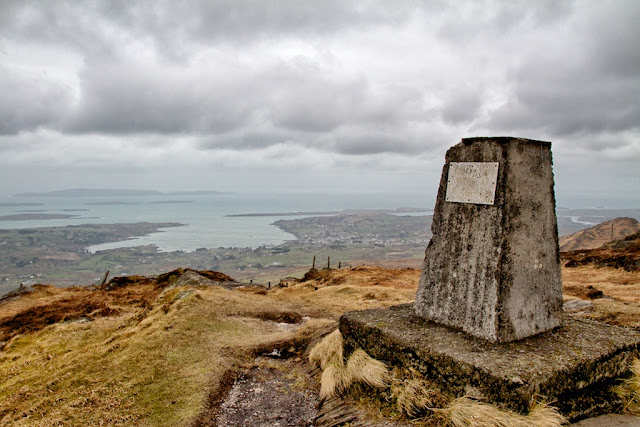 Jack and I waked around the back of the Radar domes while the girls went back to the car to hide from the cold wind.  This is another shot down towards Schull and I'm using this strange shaped rock as a foreground subject. 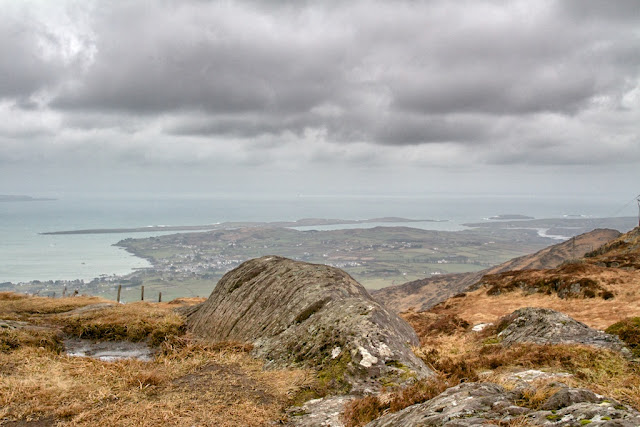 This shot is looking North again over Dunmanus Bay 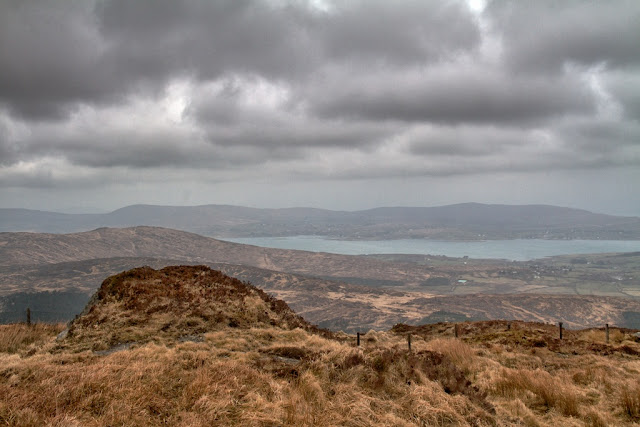 I moved closer to the mound from the previous image and took this next shot with Sheepshead Peninsular in the background.  It's very bleak up here in this weather but I imagine that the views would be amazing on a clear and sunny day. 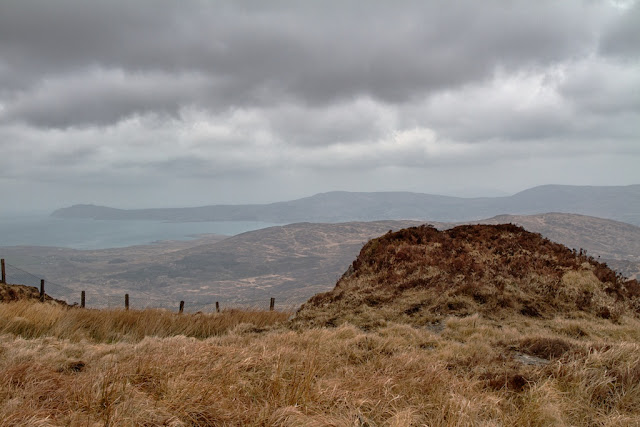 After a few more minutes we'd had enough of the cold and the constant buffeting about in the wind so we headed back to the car.  Back down the steep hill and onto Kinsale.  I'll probably make Kinsale my next post although I've taken some photos around home since we got back so I might post some of those instead.  See how I feel tomorrow.
at May 01, 2013