I decided to have change from our Irish holiday photos.  We've had a lot of snow this year and even when we went on holiday we left a covering of snow behind.  Finally the snow has gone and since mid April the spring has been trying to catch up from being about a month behind normal.  We had a bit of hazy sun so I decided to go to my favourite local park and see what flowers were out.

Surprisingly there was a reasonable display of spring flowers, which is testament to the work put in by the staff at the park.  Over the last few years the state of the park has improved dramatically with a new bandstand, improvement to the playground area and a drastic pruning back of the trees and bushes to allow more light into the park.  There's new signage around the park giving information about the history of the park with photos of how it used to look in the past.

I think maybe when I retire I might volunteer to help them with their work in making the park a better place for people to visit.  I visit the park on a regular basis and I feel it would be good to give something back when I have the opportunity.  Anyhow, on with the pictures.  I don't think there's muck need for a lot of commentary so here goes starting with some daffodils. 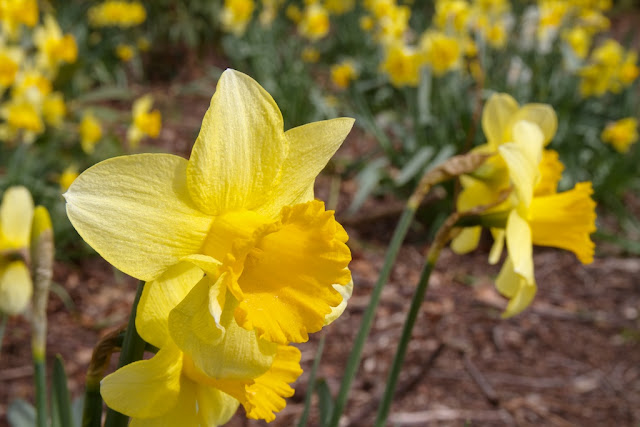 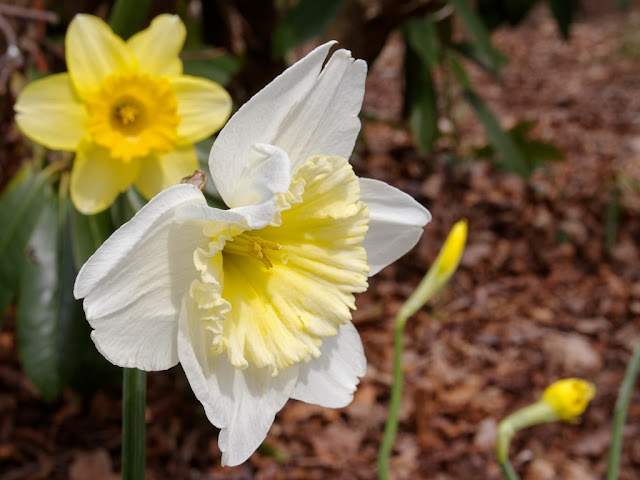 The next couple of photos are flowers which I haven't identified but there were some dark red ones as well. 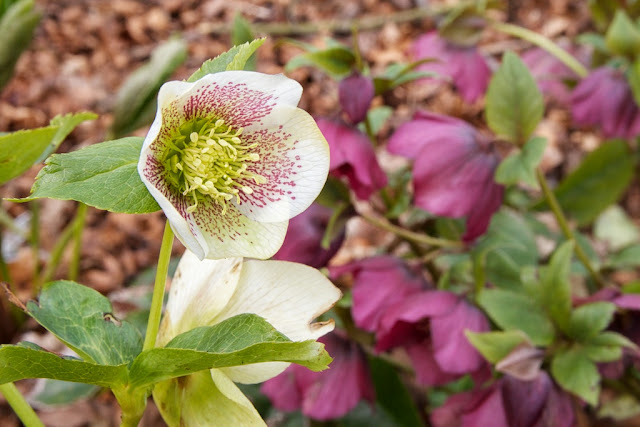 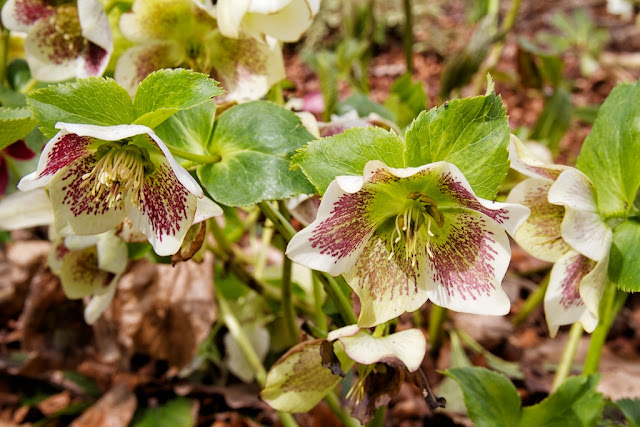 Some of these blue flowers look a bit like bluebells, but again unidentified. 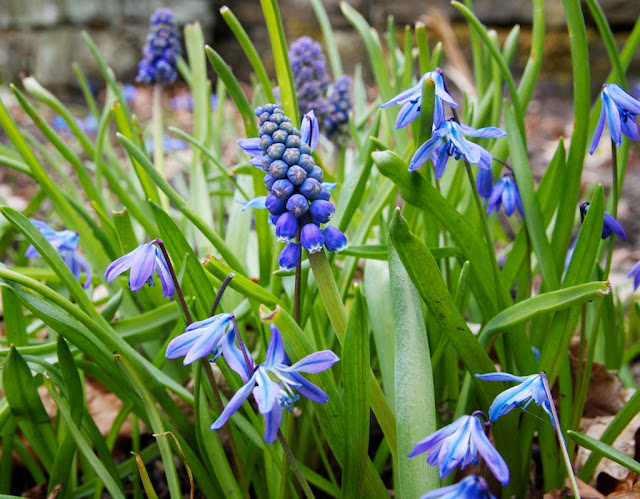 This bed of yellow and white flowers were near the main gates of the park.  While taking this photo I noticed that they have a new visitors centre in the park so they are still making significant improvements in the park. 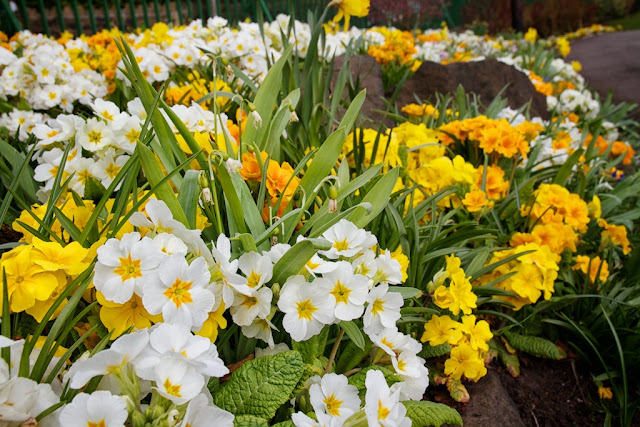 At last a flower I recognise, (but can't spell) a couple of hyacinths in a border next to a hedge. 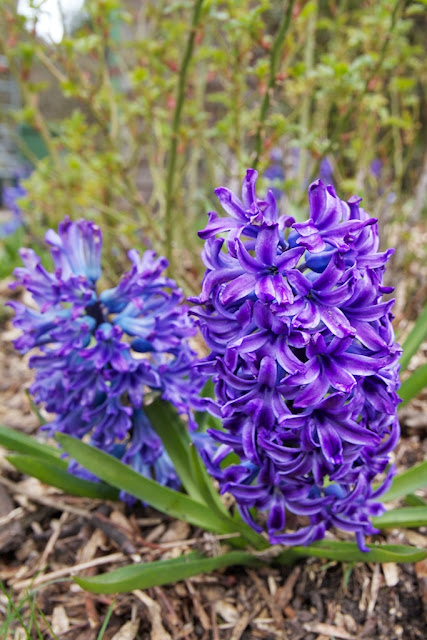 These tiny daffodils where in a little area of soil in a rock face. 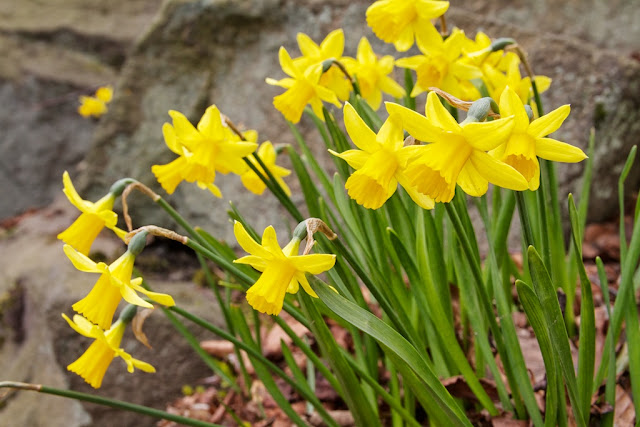 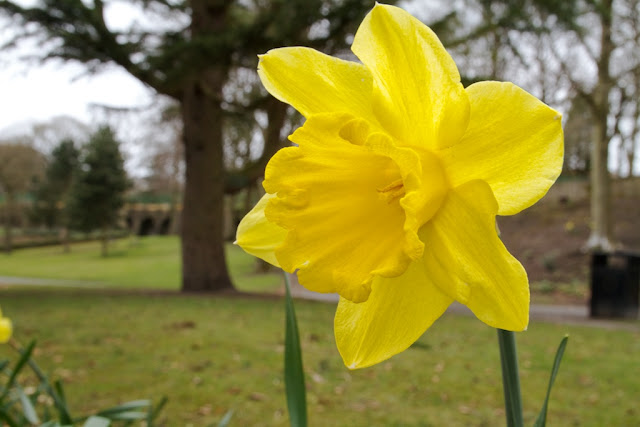 I have some of these in my garden, but still don't know what they are. 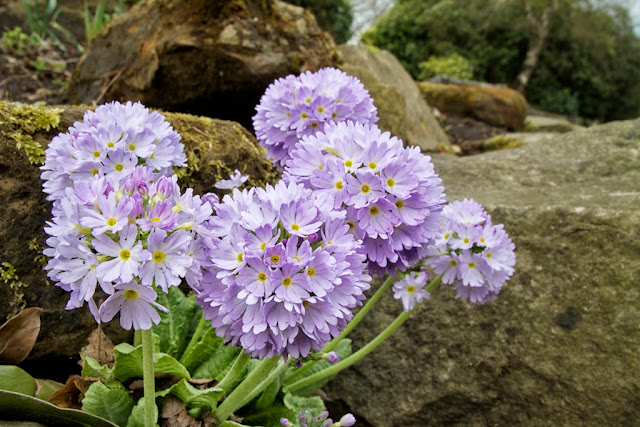 These were some odd looking daffodils, quite pretty though. 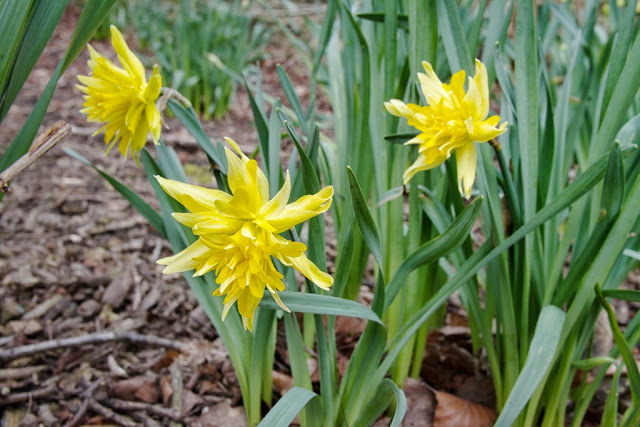 Here's a new shot of the lower entrance to the park which used to have the railway line next to it.  In Victorian times people used to arrive by train and use this very ornate entrance to come into the park.  I've taken a few photos of this entrance before but as there are still no leaves on the trees it is relatively light and open here for a change.  Again the this entrance has had some repair work done on it in the last few years and is looking quite good now. 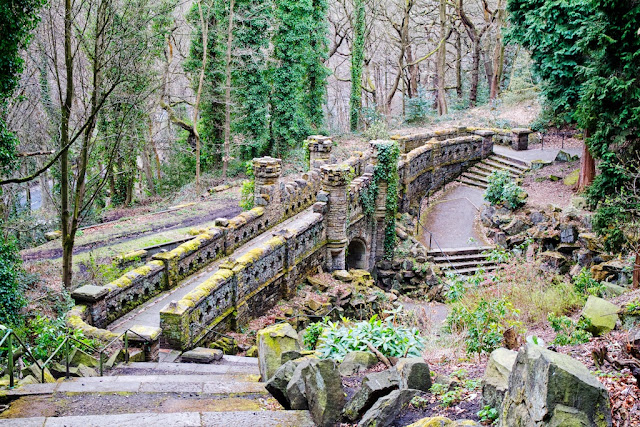 As you can now tell, I'm not much of a horticulturist but I do love to visit this park.  Here's a link to the friends of Beaumont Park.