Scout Dyke and Self Portrait

I haven't been to Scout Dyke Reservoir for a few months so I thought I'd go for a walk and see what was going on. When I arrived I was shocked to see how little water was in the reservoir and it looked as though it had been empty for quite a while. This first image shows the control tower where you can see the line where the normal water level should be. The anglers are usually tucked up under the edge of the trees but today where they're stood would normally be 20 feet under the water. I have seen the water level low before, but never so low. 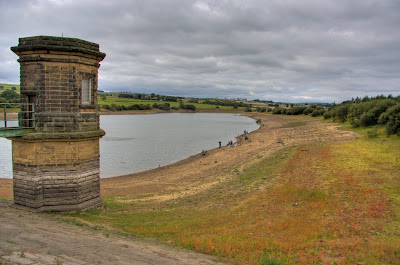 Around the reservoir the weeds have grown very high and are a mass of greens, yellows and reds. And the mud that is normally under the water is baked dry and in some places is cracked. 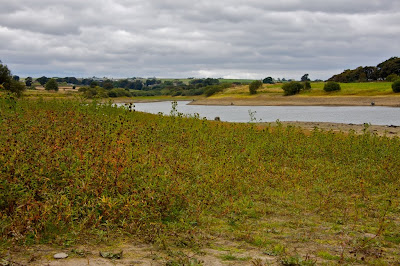 Here is a wall that stretches almost all the way across the reservoir which I have never seen before. I've never seen any hint of its existence even when I've been here before when the water was low down. It was quite interesting to see that there was a build up of silt at this side of the wall which made the ground level several feet higher than the other side of the wall. 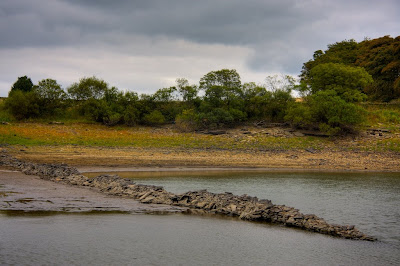 At the top end of the reservoir there was so much greenery that it looks more like a meadow than the bottom of a reservoir. In this image you would normally see water right up under the trees. I guess the silt that washes down into the reservoir must be quite rich in nutrients because the weeds are lush and green and high. 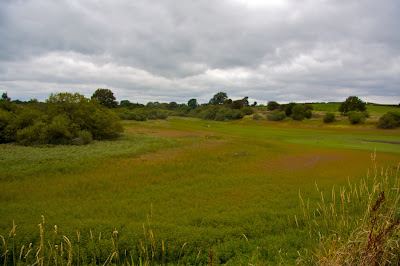 I bought a flash gun just before I went to France and I've been trying to make time to experiment with using it. There is a blog called strobist.blogspot.com where they have some really good advice and a Lighting 101 course to follow. I tried a bit of experimenting while in France but have found the lack of a portrait model quite difficult to contend with. I've taken lots of pictures of vases and flowers but I feel that portraits would be more of a challenge.

Anyhow I decided to have a go at making a self portrait, a bit vain I know but it could be the start of a new career. It is very difficult to set up the lighting and the camera, then get into the frame to pose. I had to manually focus the lens because autofocus just went straight to the vase of flowers behind where I was going to sit. So I had to focus at an imaginary point in front of the vase, click the button and then get into position and pose before the ten seconds was up. After several hours of moving the light, camera and myself around and then looking in all different directions I ended up with this being my best image. 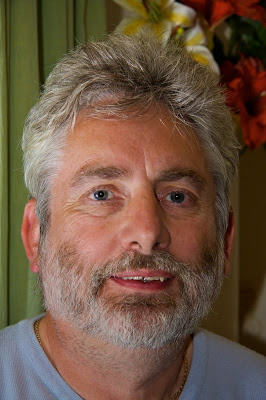 Next blog post should be photos from the Zoo at Doue la Fontaine.
at September 22, 2009