The main reason for going to the first hotel in France was to visit the bird park and make some images of the birds and and their surroundings. It was still a little overcast from the clouds that had come over the night below but as we were travelling to Honfluer in the afternoon I had to make the most of the morning in the park. The first area in the park was completely dried out and the bed of the lake was just a big expanse of cracked mud. Fortunately I had spotted that there was some water and birds a bit further along so I was hopeful that there would be something to see.

The first photo I took was of this gaggle of geese with a little egret stood in the background. As you can see the water level is still quite low but the geese didn't seem to mind. 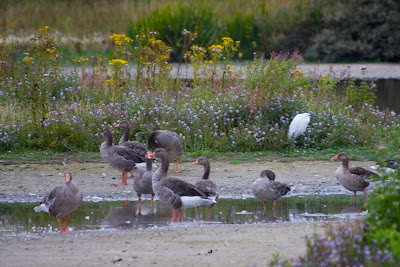 On a raised area behind the geese was a crane and a stork who appeared to be purposefully ignoring each other. After I took this photo the crane walked off further into the weeds. 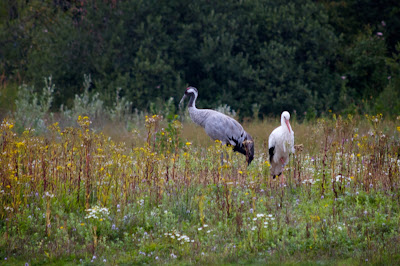 A little further along another stork was striding towards the little gull. I think it may be a grey headed gull but I couldn't be certain (but I guess it is a gull and it has a grey head so I'm going to be prety close). 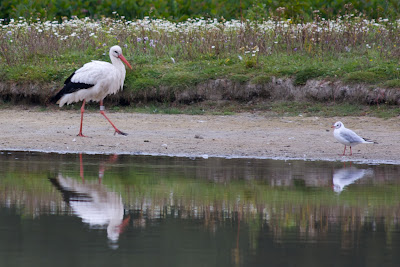 After the first set of ponds there was a bit of a walk around to the main area of the park where there was a number of hides along the pathways. There were quite a number of horses that shared the park with the birds (I think they were going for the illusion of being in the Carmargue again) and in this field was a few very pretty looking ones. 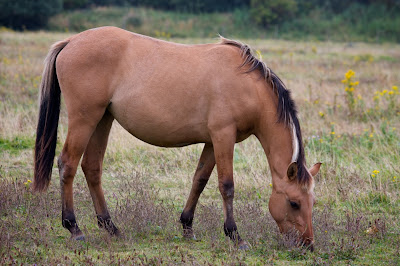 One of them came a bit closer as we passed by and seemed quite interested in having its photo taken. 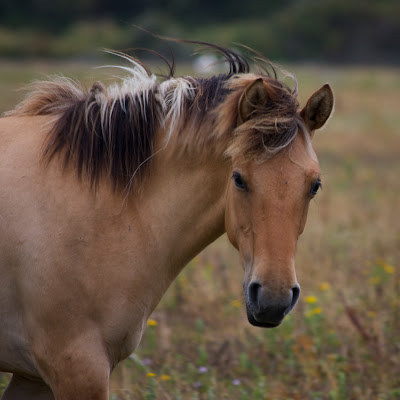 The first hide that we came across didn't have a great deal of interest but I took this photo of a couple of sand pipers wading through the shallow water near the edge of the lake. 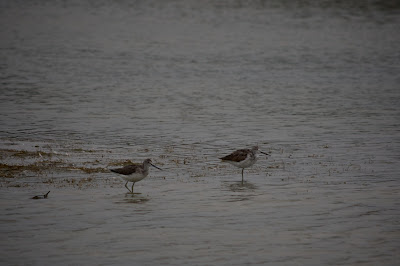 Across the lake a cormorant has just taken off and was flying over to a big group of birds further up the lake. 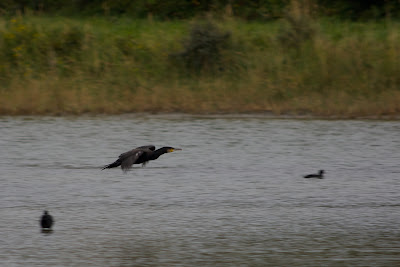 I've been missing the lapwings from home as they seem to have disappeared so it was good to capture one stood at the waters edge. There were quite a few lapwings around the park but this was one of the best images. 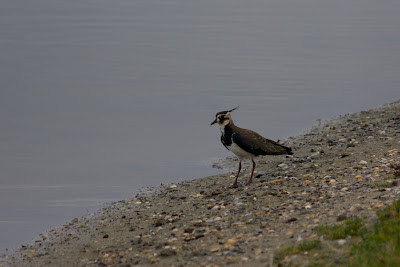 Next was an oyster catcher. In the couple of shots before this one the bird was moving around and stood on one leg. Unfortunately the focus was a bit off so I've just included this one. 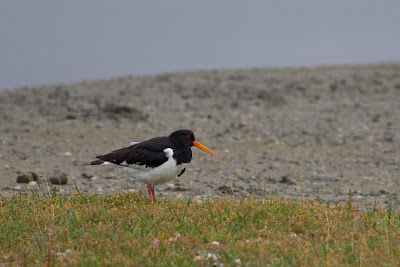 The next two shots are of an avocet which I've never managed to spot in the bird reserves at home although they have been present while I was there. The local twitchers were very excited about them so now I'm pleased to got a couple of decent shots of this one. I guess they're popular because it's the emblem of the RSPB. The first shot is showing the avocet feeding in the shallow water at the edge of the lake. 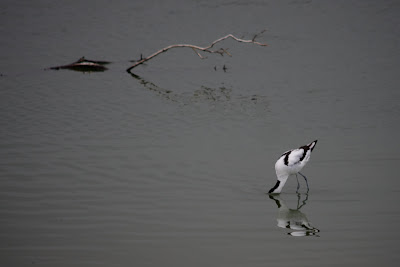 And in the second shot it's striding along looking for another spot to feed. The curved up beek of the avocet it what makes it so distinctive. In a number of the hides there were members of the park staff with spotting scopes which they had trained on areas of interest so that the public could get a good close up view of the birds. I was particularly pleased to get a good look at these spoonbills because again they are birds that I've never seen before. Unfortunately they were too far away to get any close up shots of them but this group was quite interesting. 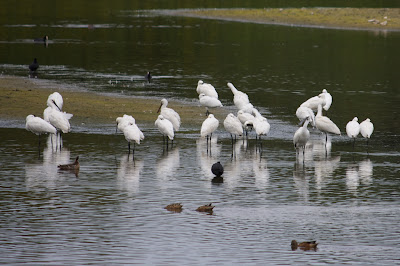 The last two shots are some more cormorant images. I'm not quite sure but this first one only looks to have one leg, but maybe it has the other one hidden somewhere? As you can see there was more evidence of the horses in this area of the park. 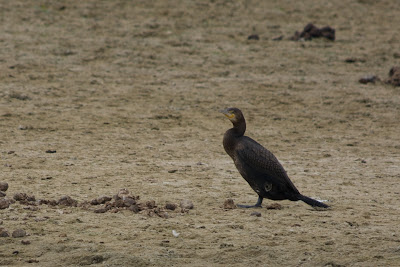 We had been watching this second cormarant swimming along and then diving under the water. I'm not sure if was catching fish or just keeping cool. Anyhow, when it got out of the water it stood up on the bank and opened out its wings to dry them off. 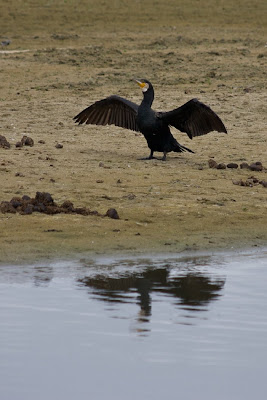 There were quite a lot of other birds in the park that I didn't manage to get any decent picture of including herons (which are the bane of my life because they have always eluded me), various ducks and geese plus a variety of small birds that were too tiny or quick to capture. Altogether it was an enjoyable visit and the weather stayed dry although it did rain a bit as we drove to Honfluer in the afternoon.
at September 01, 2009