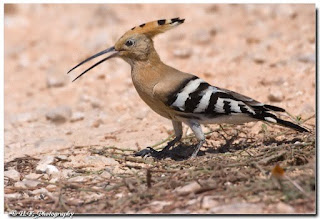 We had dinner at the hotel Jardin du Lac last night which was very nice and a bit posh. We went for the 40 Euro menu which gave us three courses and some extra bits. We started with a champagne cocktail which was a house speciality. We were also served canapes which were a little bread with pate, a melon ball with cured ham and a redcurrant and what looked like a tiny toffee apple which had tomato inside. Then we had a hot lobster soup with salted cream. After that we had the three courses we had chosen and it was all very nice. During the meal we saw the strange bird on the grass outside the dining room and the waiter told us it was called a poo poo because it smells. I guess he was kidding because when I looked it up it was called a hoopoe. This morning it is a bit overcast so we went to a little local market (3 stalls) and had a look around the abbey at Trizay. Later we are going to walk around the lake here at the hotel and have a look at the gardens. This afternoon we are going back to Rochefort to look at a shop museum, the naval gardens, possibly the royal cordorie (rope makers) and then have dinner at one of the brasseries in the Place Colbert.
at August 18, 2010